URGENT: The European Union is just weeks from passing a law that would destroy the best things about the Internet as we know it.

As a result of lobbying by big corporate publishers, the European Commission is proposing to force websites to pay a tax to link to news content and use censorship machines to block uploaded content.1,2

END_OF_DOCUMENT_TOKEN_TO_BE_REPLACED

After 70 years, the Israeli-Palestinian conflict is still unresolved. The conflict simmers for a few years, then erupts again with new massacres and violence. This article describes recent events, the failure of the “two state solution” and need for a different approach.

In the past couple months, Israeli Defence Force (IDF) soldiers have killed 118 Palestinian protesters and seriously wounded many thousands more. The protesters were unarmed and no threat to the soldiers. Gaza hospitals overflow with victims.

END_OF_DOCUMENT_TOKEN_TO_BE_REPLACED 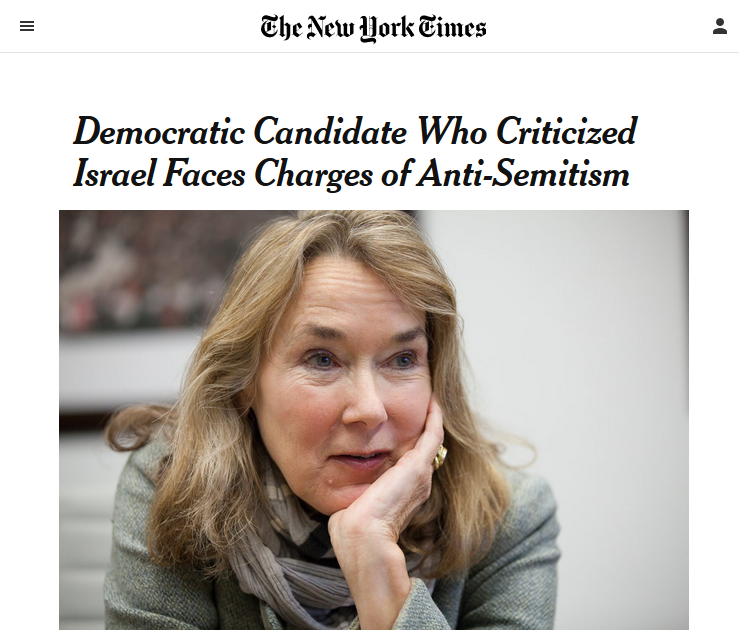 The New York Times (5/29/18) crafts its headline around a baseless charge from political enemies.

Eight overt white nationalists are running for office in 2018—a new record, according to the Southern Poverty Law Center. Overt fascists, inspired by the rise of President Donald Trump, have found a place both within and just outside the margins of the official Republican Party. Over 20,000 people voted in a GOP primary this past March for former American Nazi Party member Art Jones, making him the Republican candidate for the US House in Illinois’ 3rd District. Patrick Little, who told NBC (5/3/18) that the “monstrous nature of the Jewish people must be known to the public,” ran as a Republican for Sen. Dianne Feinstein’s seat in California, and got more than 50,000 votes.