An “enemy of Putin” is attacked. Authorities immediately raise accusations against Russia and the Kremlin. Public condemnation follows. There are calls to sanction Russia.

END_OF_DOCUMENT_TOKEN_TO_BE_REPLACED

The Syrian Arab Army (SAA), allied Palestinian militias, and the government of Syria deserve high praise for the recent liberation of Yarmouk refugee camp from ISIS.

Anti-war activists took a lot of flak from some people in North America and Europe, describing themselves as Palestine solidarity activists and “leftists”, when, in 2012, Yarmouk was invaded and occupied by proxy armies of western powers and Arab monarchs. Because we condemned the US-led attack on Syria and defended the Syrian government’s resistance to the terrorist occupation of Yarmouk, we were among the activists denounced by the misguided persons above as being “Assad apologists.”

END_OF_DOCUMENT_TOKEN_TO_BE_REPLACED

– Glen Ford , BAR executive editor
There really is no “left wing” of the Democratic Party, just a tiny, ill-defined faction that can be brushed aside even on “bright line” issues of war and peace, guns or butter, and social justice versus police repression.

END_OF_DOCUMENT_TOKEN_TO_BE_REPLACED

Fathi Harb should have had something to live for, not least the imminent arrival of a new baby. But last week the 21-year-old extinguished his life in an inferno of flames in central Gaza.

It is believed to be the first example of a public act of self-immolation in the enclave. Harb doused himself in petrol and set himself alight on a street in Gaza City shortly before dawn prayers during the holy month of Ramadan.

END_OF_DOCUMENT_TOKEN_TO_BE_REPLACED

The truth about the brutal four-hour battle between Russian mercenaries and US commandos in Syria
http://www.independent.co.uk/news/world/battle-syria-us-russian-mercenaries-commandos-islamic-state-a8370781.html

Credible Report Alleges US Relocates ISIS from Syria and Iraq into Russia via Afghanistan
https://www.strategic-culture.org/news/2018/05/26/credible-report-alleges-us-relocates-isis-from-syria-iraq-into-russia-via-afghanistan.htm

END_OF_DOCUMENT_TOKEN_TO_BE_REPLACED

Donald Trump’s lawyer Rudy Giuliani said the US president is very “committed to regime change” in Iran, in a speech for the Iranian opposition cult the MEK. Then Trump sabotaged the JCPOA and Mike Pompeo announced “the strongest sanctions in history.” END_OF_DOCUMENT_TOKEN_TO_BE_REPLACED

Donald Trump’s lawyer Rudy Giuliani said the US president is very “committed to regime change” in Iran, in a speech for the Iranian opposition cult the MEK. Then Trump sabotaged the JCPOA and Mike Pompeo announced “the strongest sanctions in history.” END_OF_DOCUMENT_TOKEN_TO_BE_REPLACED

END_OF_DOCUMENT_TOKEN_TO_BE_REPLACED 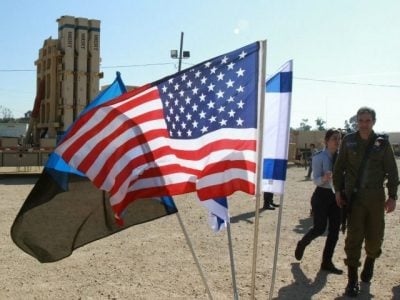 On Monday, May 21, Secretary of State Mike Pompeo delivered a rant against Iran before the right-wing Heritage Foundation in Washington. It was a bullying speech to push the Iranian leadership to surrender unconditionally to US demands. If the Iranian people are unable to contrive “regime change” the US will do it by military means, perhaps together with Israel, which Pompeo didn’t say. But everybody knows that Israel is hell-bent to crush Iran.

END_OF_DOCUMENT_TOKEN_TO_BE_REPLACED

I need to continue my previous essay, it remains woefully incomplete. I kinda hinted at it in the last para but never completed the thought.

Then I got an email from a comrade and friend in NYC after I’d published it:

Thanks, but the question left unanswered is: does the road to “regroupment” or whatever you want to call run through supporting Corbyn or opposing Corbyn and the LP? To me it’s the same question that was faced in Greece 2015. Did regroupment require supporting or opposing Syriza. And in either case, why? And what is the alternative?