When Nils Melzer, the UN special rapporteur on torture, issued a May 31 statement demanding an immediate end to the “collective persecution” of Julian Assange it made headlines all over the world.

Assange, Melzer wrote, “has been deliberately exposed, for a period of several years, to progressively severe forms of cruel, inhuman or degrading treatment or punishment, the cumulative effects of which can only be described as psychological torture.”

“In 20 years of work with victims of war, violence and political persecution, I have never seen a group of democratic states ganging up to deliberately isolate, demonise and abuse a single individual for such a long time and with so little regard for human dignity and the rule of law,” he added.

In the run-up to last Wednesday’s International Day in Support of Torture Victims, Melzer wrote an op-ed titled, “Demasking the Torture of Julian Assange.” He offered the hard-hitting piece to leading publications, including the Guardian, the Times, the Financial Times, the Sydney Morning Herald, the Australian, the Canberra Times, the Telegraph, the New York Times, the Washington Post, Thomson Reuters Foundation, and Newsweek. 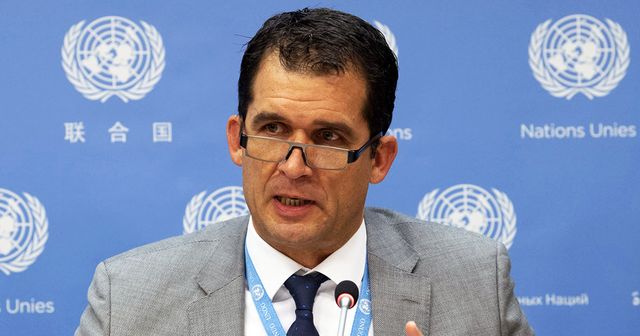 All of them declined to publish, leaving Melzer, one of the world’s foremost legal experts on torture, to publish his article on the online blogging platform Medium.

Expressing contempt for their excuses, Melzer noted that the same media executives had happily published stories about Assange “when it was about his cat and his skateboard and… allegations that he smeared excrement on the walls… But when you have a serious piece that actually tries to de-mask this public narrative and to actually show the facts below it, then they’re not interested.”

The “news worthiness” of Melzer’s piece—written in defence of the most famous political prisoner on the planet—is not in doubt. The rejection notices only confirm the ongoing line-up of corporate and state media outlets against a publisher who exposed what they would not: evidence of US war crimes in Iraq and Afghanistan.

Melzer’s op-ed piece was of exceptional importance in exposing the impact of the media’s character assassination of Assange.

“Like most of the public,” he wrote, “I had been subconsciously poisoned [against Assange] by the relentless smear campaign, which had been disseminated over the years.”

But “once I looked into the facts of this case, what I found filled me with repulsion and disbelief. Assange was not a “rapist,” or a “hacker” or a “Russian spy.” Not even the “selfish narcissist” he was called by Chief Magistrate Emma Arbuthnot as she sentenced him for bail violation.

“In the end it finally dawned on me that I had been blinded by propaganda, and that Assange had been systematically slandered to divert attention from the crimes he exposed. Once he had been dehumanized through isolation, ridicule and shame, just like the witches we used to burn at the stake, it was easy to deprive him of his most fundamental rights without provoking public outrage worldwide. And thus, a legal precedent is being set, through the backdoor of our own complacency, which in the future can and will be applied just as well to disclosures by the Guardian, the New York Times and ABC News.”

Melzer concludes that “this is not only about protecting Assange, but about preventing a precedent likely to seal the fate of Western democracy.” He continues: “For once telling the truth has become a crime, while the powerful enjoy impunity, it will be too late to correct the course. We will have surrendered our voice to censorship and our fate to unrestrained tyranny.”

To which the editorial staff of some of the world’s major newspapers, including those proclaiming their “liberalism,” responded with a collective shrug as they slammed the door in Melzer’s face.

Under such circumstances, an official ban on publishing cannot be excluded. In the UK, the World Socialist Web Site drew attention to the exposure by independent journalist Matt Kennard of the role played by Guardian Deputy Editor Paul Johnson, who served on the Defence and Security Media Advisory Notice (or D-Notice) Committee, run by the Ministry of Defence. D-Notices are used to veto the publication of news damaging to the national security interests of British imperialism.

The Guardian’s participation in this filthy censorship operation is far from unique. The present committee is chaired by Dominic Wilson, director general of security policy at the Ministry of Defence, and includes vice chairs John Battle, the Head of Compliance, Independent Television News, and Ian Murray, executive director, Society of Editors.

Doubtless, similar meetings between media executives and the security services, formal or informal, take place across the US, Europe, Australia and throughout the world.

Anyone who follows the news, or who simply does a Google search, will have noticed the sharp decline in stories on Assange. Since June 14, when Arbuthnot announced that he will face a five-day US extradition hearing in February, the major news outlets have gone into lockdown. They are determined to prevent widespread public knowledge and discussion of the Espionage Act charges against Assange—charges that carry a 175-year prison term and may include the death penalty, and which effectively criminalise journalism and the right to free speech.

The statement made to Melzer that Assange is no longer “high” on the “news agenda” could be evidence of an official veto to facilitate US plans to silence him forever by erecting a media wall of silence regarding his fate. Or perhaps John Pilger was correct when the told a June 2018 rally demanding freedom for Assange called by the Socialist Equality Party, “The irony is that no one told these journalists what to do. I call them Vichy journalists—after the Vichy government that served and enabled the German occupation of wartime France.”

This state-media conspiracy must be broken. On June 20, the WSWS international editorial board issued a call, “For a worldwide campaign to prevent Julian Assange’s rendition to the US! For the formation of a Global Defence Committee to secure his freedom!” The Socialist Equality Party (UK) is holding a public meeting in London, this Wednesday, July 3. We urge all those wanting to take part in this struggle to make plans to attend.