The JCPOA Nuclear Deal: Why Europe Cannot Use the ‘Snap Back’ Mechanism Against Iran
https://www.globalresearch.ca/the-jcpoa-nuclear-deal-why-europe-cannot-use-the-snap-back-mechanism-against-iran/5682535

END_OF_DOCUMENT_TOKEN_TO_BE_REPLACED

The Easter Sunday terrorist attacks in Sri Lanka on 21st April in which 259 people were killed and over 500 injured were initially attributed to the Islamic State (IS). But no hard evidence is available to substantiate such a reading and it remains an open question as to the perpetrators.

END_OF_DOCUMENT_TOKEN_TO_BE_REPLACED

Cowboys on the Lagoa do Triunfo ranch in Pára, Brazil, where some of the cattle are grazed illegally on embargoed Amazon land Photo: João Laet

After six months of investigation, the Bureau can reveal how a Brazilian meat producer that had to pay record fines for corruption is still buying beef from a company that illegally grazes cattle on felled areas of Amazon rainforest — and has quietly taken over huge swathes of UK chicken production.

END_OF_DOCUMENT_TOKEN_TO_BE_REPLACED

UK-based socialist Sarah Ensor blogs at Herring and Class Struggle. She worked in Iceland’s fishing industry for six years, and is researching the history of the working class in Iceland.

END_OF_DOCUMENT_TOKEN_TO_BE_REPLACED If you’re half awake today you already know that in the last couple of years we have officially entered the era of digital censorship. Independent media organizations with hard-earned followings have been de-platformed from social media and have been ejected from online business services, bankrupting many of them. This happens mostly for ambiguous reasons relating to supposed community guidelines, but the more time goes by and the more outlets that get banned and censored, the clearer it becomes that someone up high has a real problem with independent thinking.

END_OF_DOCUMENT_TOKEN_TO_BE_REPLACED

A few days ago, on June 26, Minister Jorge Rodríguez informed the country about the dismantling of a new coup d’état and assassination plot. With the information and evidence presented by Rodriguez it was confirmed, once again, that the plans of the U.S. and the Venezuelan right wing to violently overthrow the constitutional government of Venezuela continue in progress, they do not stop. Almost two months after the defeat of the coup attempt of April 30, this new attempt, dismantled by the intelligence and security forces of the State, has forced us to reiterate the call not to decrease the warnings, not to lower our guard.

END_OF_DOCUMENT_TOKEN_TO_BE_REPLACED 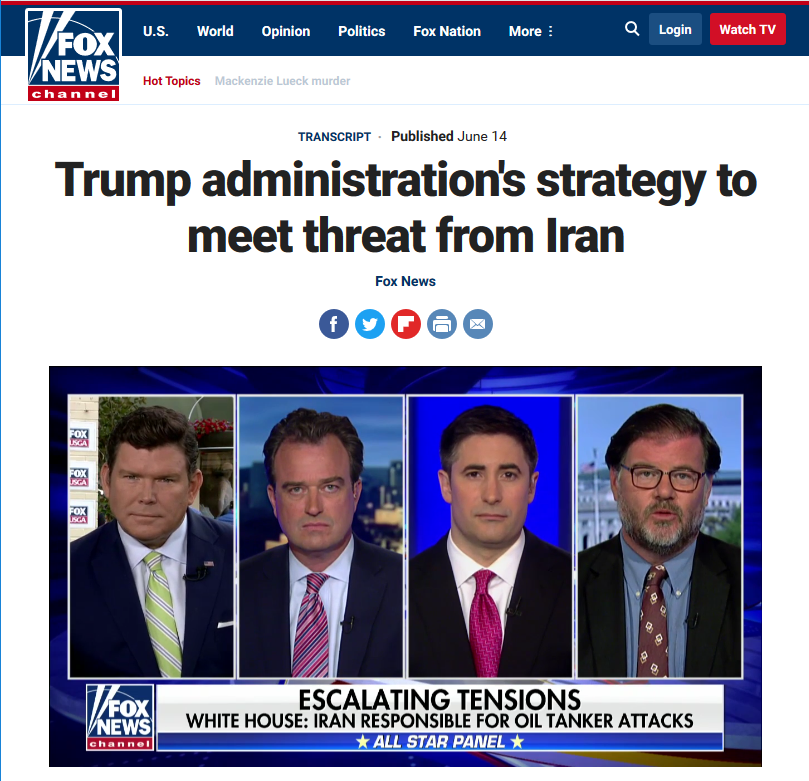 Media outlets are creating a climate for a US military attack on Iran by hyping the idea that Iran is an imminent threat to peace, by failing to offer evidence that calls the US’s accusations against Iran into question, by amplifying warmongers’ voices and by naturalizing America’s supposed right to spy on every country on earth.

END_OF_DOCUMENT_TOKEN_TO_BE_REPLACED

The Grayzone’s Anya Parampil sat down for an exclusive interview with Honduran President Manuel Zelaya, on the 10th anniversary of the US-backed right-wing military coup that overthrew him.