Between just 28 May and 10 June Boris Johnson received £235,500 in “private” donations, to himself personally, as he prepares to become the UK’s unelected Prime Minister. 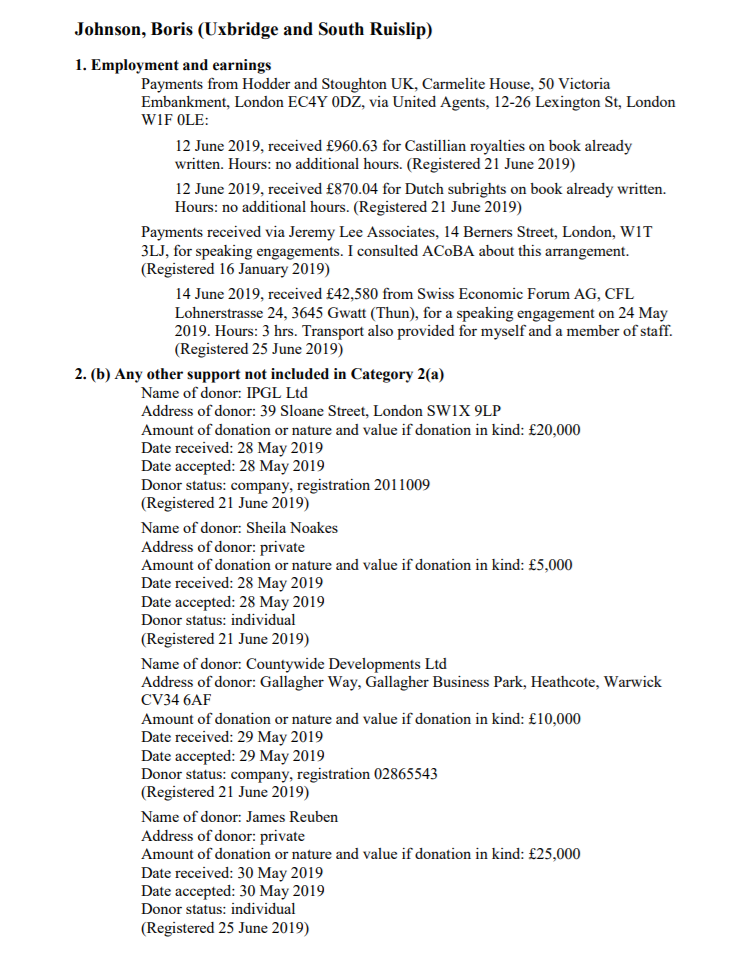 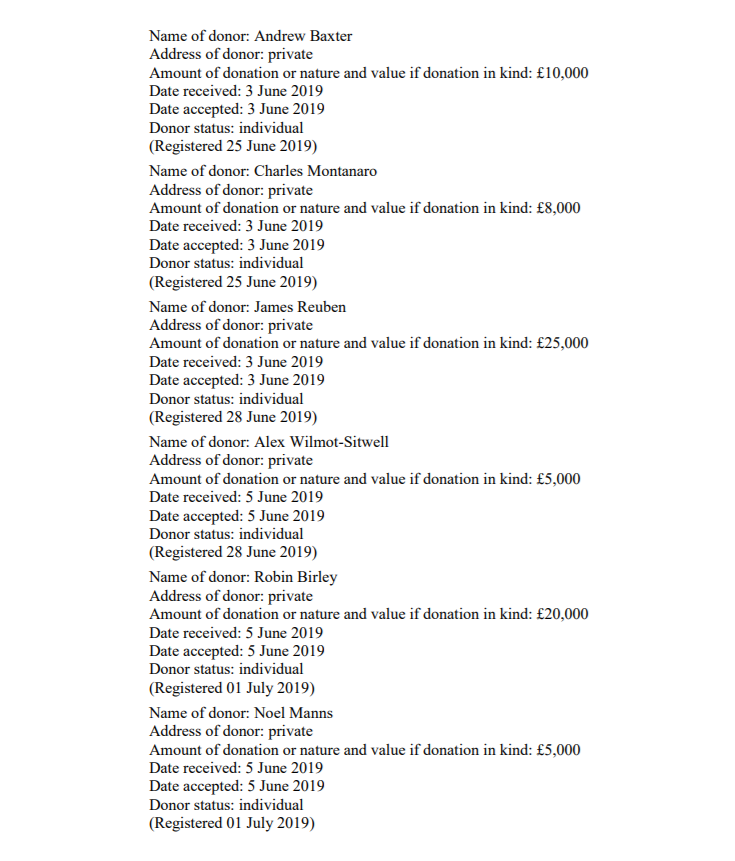 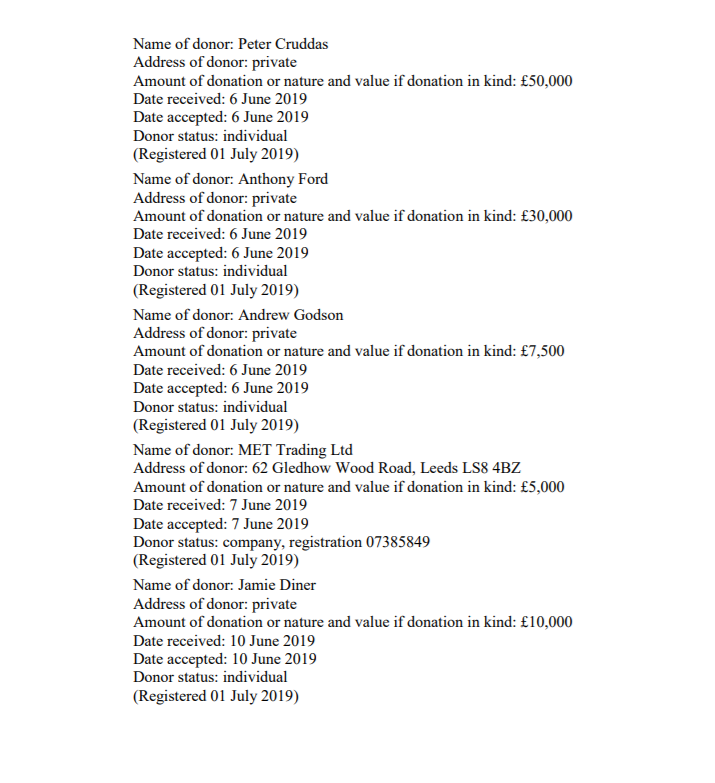 The blatant corruption of the UK’s political system is part of the reason for popular alienation from the ruling classes. It was Blair who elevated British politics to US levels of shamelessness in the matter of politicians’ self enrichment, and Johnson looks set to follow the Blair example. While some may pretend to do so, I do not accept that there is anybody who is naive enough genuinely to believe that such donations do not influence politicians’ policy decisions.

Straight donations aside, the slightly disguised corruption of our political system should also be taken into account. The banks put politicians in their pockets not through direct payments, but through massive, often six figure, fees they pay them for “speaking at dinners”. That is how Hillary Clinton garnered much of her Wall Street funding. In the case of Boris Johnson, it is interesting that in the House of Commons Register of Members’ Interests, he frequently lists the name of the speaking agency who paid him, but not who the client was.

Another way to pay less obvious bribes – and one particularly pursued by New Labour – was the book deal, where publishers pay massive six figure advances to politicians which are, routinely, up to ten times the actual royalties earned for which they are an “advance”. This only makes sense when you realise that every single one of the major publishers is owned by a much bigger multinational – for example until recently Murdoch owned HarperCollins.

James Reuben, who gave two donations totaling £50,000 to Johnson, is the scion of the UK’s second wealthiest family, worth £18 billion. The Reubens made their money, like Roman Abramovich and Alisher Usmanov, in the pillaging of Russia’s massive metal producing assets, which were physically seized by gangsters, in the chaotic US organised Yeltsin privatisation process. The entire basis of their vast fortune was the exploitation of assets effectively stolen from the Russian state and people.

There is a fascinating link here to New Labour corruption that shows how entirely rotten Westminster is. Many will recall Peter Mandelson’s famous meeting with Oleg Deripaska and Nat Rothschild on the yacht in Corfu, at a house party where George Osborne was also around. The full story has never appeared in mainstream media, so far as I can judge.

Deripaska had been involved with the Reubens in Russia’s “privatised” aluminum market, and in 2008 was also involved in business with Nat Rothschild. Putin was determined to try to claw back some control of precious commodity markets from the oligarchs who had plundered them, and he started to lean on Deripaska, in ways which were quite threatening, to make some hefty repayment. Nat Rothschild had obligations to Deripaska which the oligarch was trying urgently to call in, and this process required the sale of shares in (if I remember correctly) Canadian or US aluminium companies. The big obstacle to this raising the needed money to get back to Putin was the high EU tariff on aluminium.

By one of those wonderful coincidences which make life so joyous, happily Peter Mandelson was, absolutely independent of the meeting on the yacht or his own relationship with Nat Rothschild, persuaded of the need for the EU to reduce aluminium tariffs and as UK Trade Minister and then EU Trade Commissioner was able to secure very large reductions in EU aluminium tariffs indeed. So they all lived happily ever after.

Isn’t that nice? And even nicer, Mandelson is now a paid adviser to Deripaska on climate change.

So Boris Johnson’s donations and Mandelson’s dealings all link in to the pillaging of Russia’s formerly state run metals industry, which legalised theft accounts for a dozen of the world’s wealthiest billionaires and a high proportion of its political corruption.

I want Scottish Independence to try to set up a smaller, more manageable national entity in which corruption can be better reduced, (and sadly it will never be eliminated). I find the insider knowledge I have from my days as a British Ambassador and from the connections I then made, weighs horribly heavy upon me. If I knew less, I guess I would be less sad and less cynical.

It has become my firm belief that the destruction of the UK state by the SNP and Plaid Cymru, and the purging of the financial cesspit that is London by Jeremy Corbyn, are both essential to human progress.