What NBC (5/31/20) described as “more aggressive tactics” included firing paint ball rounds at residents as they stood on their porches. 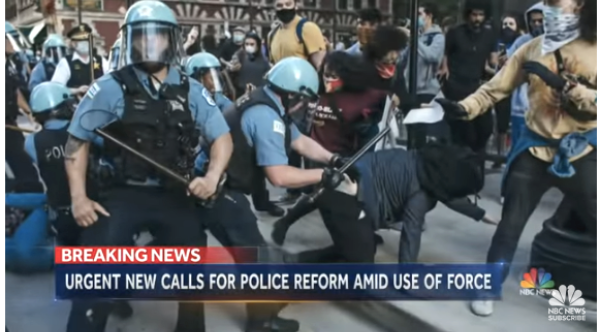 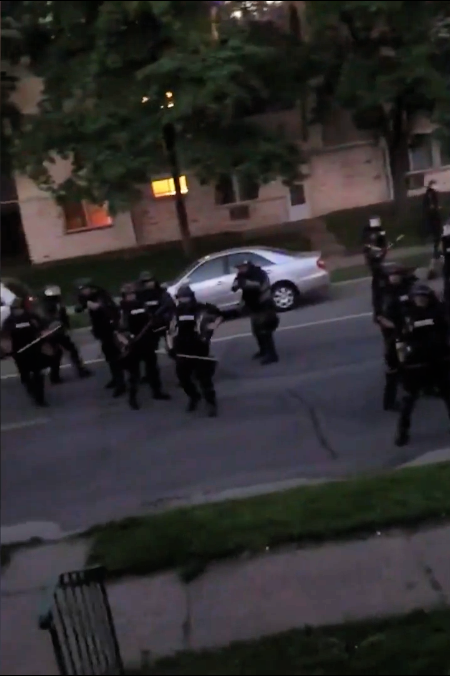 “Minneapolis Officers Use More Aggressive Tactics Against Protesters as Rallies Flare Around US” (NBC News, 5/31/20)

“An Agitated Trump Encourages Governors to Use Aggressive Tactics on Protesters” (CNN, 6/1/20)

“Despite Curfews and Heavy Police Presence, Protests Persist Across the Country” (NPR, 6/2/20)

“While Tensions Between Police and Protesters Boiled Over in Some Cities, Other Officers Joined the Movement” (CNN, 6/1/20)

“’Rush the Crowd’: Protesters Clash With Officers at End of Peaceful Rally” (WDJT, 6/4/20)

“Clash Between Police and Protesters in Brockton Brings Out Fireworks and Tear Gas” (WBTS, 6/2/20)