[In the light of spurious charges of anti-semitism levelled against Rebecca Long-Bailey and her subsequent firing from the Labour front bench by the leader of the Labour Party Sir Keir Starmer, after endorsing the actress’s Maxine Peake comments about US police learning violent tactics from Israeli secret services, the following report sets the record straight; that since 9/11, this, and worse, is exactly what Israel has been doing! WB]

This delegation included chiefs and deputy chiefs of police departments in California, Texas, Maryland, Florida, and New York, agents from the FBI, the CIA, and future officers of ICE, and directors of security at the MTA in New York City.

To date, thousands of law enforcement officials from across the [USA] have been sent to Israel to meet with military and police forces, and thousands more have participated in conferences, trainings, and workshops with Israeli personnel.
END_OF_DOCUMENT_TOKEN_TO_BE_REPLACED

By TruePublica Editor: The governments’ overuse of militaristic, Churchillian and war-time cliches over Brexit and the pandemic is wearing thin and getting tiresome. But as Brexit day approaches, this is the mentality of a government obsessed with public relations. A mass propaganda invasion is to be aimed at every adult to overcome the Remainer enemy.

The tactics to be used will be based on behavioural science to get businesses and the public on side and to prepare for the end of the Brexit transition period.

END_OF_DOCUMENT_TOKEN_TO_BE_REPLACED

An aggressive push to consolidate companies in the tech sector, coupled with the world’s ever-increasing dependence on digital platforms and tools, is quickly leading to a crisis of sovereignty.

END_OF_DOCUMENT_TOKEN_TO_BE_REPLACED 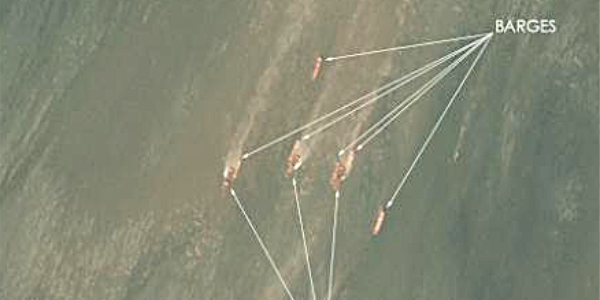 no other country on Earth lied about more than North Korea. Western corporate media outlets have absolutely zero editorial standards when reporting on the country.

END_OF_DOCUMENT_TOKEN_TO_BE_REPLACED

Alarming news about the COVID-19 disease comes from Brazil and India, where the infection numbers are high, and the death count grows steadily. It appears that a million people are now infected in Brazil (out of a population of over 211 million). In India, it is difficult to even estimate the number of those infected, since the testing levels are so low, and the data is so poor. One suggestion is that at least eight million people have been infected (out of a population of over 1.3 billion).
END_OF_DOCUMENT_TOKEN_TO_BE_REPLACED