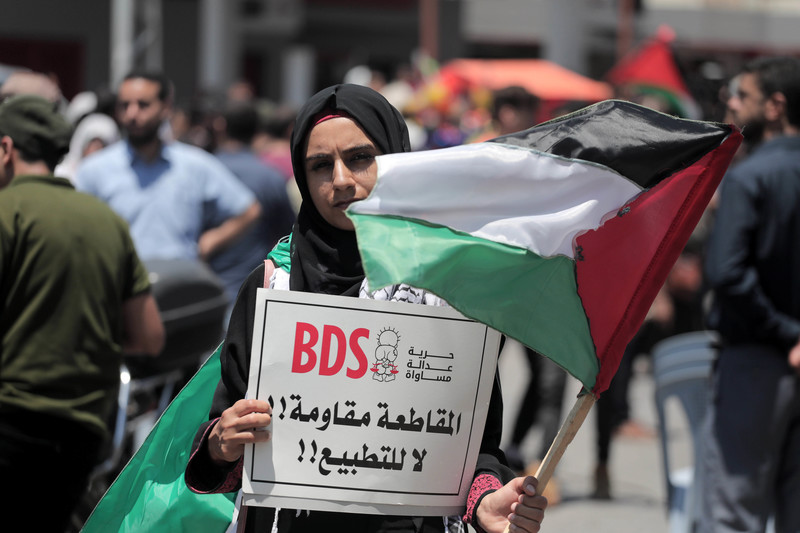 Palestinians have called for a boycott of Israeli academic institutions due to their central role in Israel’s military occupation, settler-colony enterprise and weapons industry. – Mohammed Zaanoun ActiveStills

An incessant Israel lobby-backed attempt to censor and punish the American Studies Association over its support of an academic boycott of Israel has once again failed in court.

On 19 June, a three-judge panel of the US Court of Appeals in Washington, DC, unanimously affirmed an earlier dismissal of a lawsuit brought against the ASA, its executive director and eight members of faculty by other current and former members of the ASA.

Israel advocates filed the initial lawsuit in 2016 after the ASA endorsed the academic boycott of Israeli institutions three years prior.

“Israeli academic institutions function as a central part of a system that has denied Palestinians their basic rights,” the ASA stated at the time.

Declaring the boycott an ethical stance, the ASA said that it “represents a principle of solidarity with scholars and students deprived of their academic freedom and an aspiration to enlarge that freedom for all, including Palestinians.”

Israel advocates within the association, however, jumped into action to persecute colleagues who dared to criticize Israel.

Using a tactic known as lawfare, in which Israel lobby groups use legal means to harass and silence supporters of Palestinian rights, the plaintiffs claimed that the boycott resolution was brought by “insurgents” within the association who attempted to “subvert and change the ASA’s purpose” into a political advocacy organization.

They alleged that a “cabal” of leaders from the US Campaign for the Academic and Cultural Boycott of Israel (USACBI) surreptitiously took over the ASA and used their positions on its executive committee and national council to foist the boycott resolution on the association’s unsuspecting membership, misspending ASA money in the process.

A federal court threw out a key claim in the lawsuit in 2017, ruling that the ASA’s endorsement of the boycott was not contrary to the association’s charter.

“Israel advocacy groups are throwing every legal argument at this movement to see what will stick, and nothing’s sticking,” Palestine Legal attorney Radhika Sainath said at the time.

After the lawsuit was dismissed last year, the plaintiffs filed an appeal, and opened a second case in the Washington, DC Superior Court.

In December 2019, the Superior Court granted the defendants’ motions to dismiss in part, but denied their anti-SLAPP motion. SLAPP suits are intended to suppress free speech and force people or organizations into spending money defending themselves in court.

I’m one of the defendants in this lawsuit filed by four Zionist scholars. Damn glad to see this ruling. They’ll learn one day: nobody can threaten supporters of Palestine into compliance.https://t.co/mM8tFjPIC1

Thanks! They’re suing us in DC District Court now, lol.

Notably, the lawsuit was backed by the Louis D. Brandeis Center for Human Rights, an Israel advocacy organization that has for years worked to smear Palestine solidarity activism as anti-Semitism and attempts to suppress it with frivolous lawsuits and bogus civil rights complaints.

The organization’s former president, attorney Kenneth Marcus, represented the plaintiffs until February 2018 – when he was appointed as the Trump administration’s top civil rights enforcer at the US Department of Education.

This latest ruling states that the plaintiffs failed to explain how they have suffered “economic or reputational damage,” nor “loss of standing within their universities,” as they asserted in their lawsuit, and did not present valid claims for alleged punitive damages.

“Although this victory leaves other pending litigation unresolved, the ASA will keep moving forward in these urgent times,” stated the ASA.

“We will continue to defend our work, our reputation, and our members who come under attack.”