Phase Two of the Grenfell Tower Inquiry resumed Monday after being halted in mid-March due to the coronavirus pandemic. More than three years on from the devastating fire that claimed 72 lives, the resumption of the inquiry confirms its character as a contemptible cover-up.

This week’s reopening met with widespread outrage from survivors and the bereaved over further proposed delays to proceedings and arrangements restricting their access to hearings. As of Friday, the inquiry had only met for 18 days of hearings since January.

While the majority of core participants responded that the inquiry should resume hearings with reduced numbers present, many have protested they were not informed that “limited attendance” meant that none of the bereaved, survivors or relatives would be allowed to be there at all. 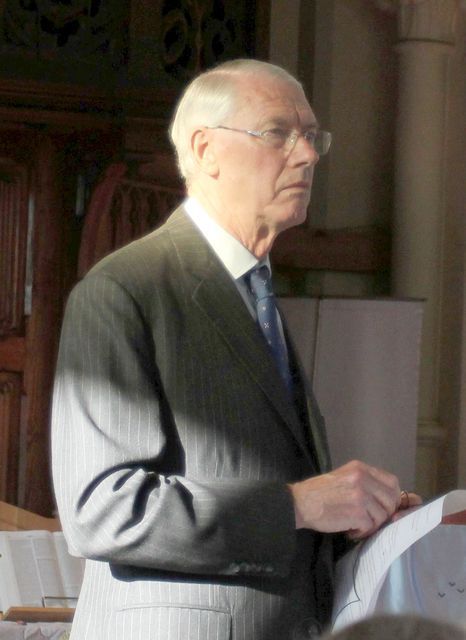 The only participants allowed to attend in person are members of the Panel, led by Chairman Sir Martin Moore-Bick, alongside panel member Thouria Istephan and inquiry lawyer Richard Millett QC; witnesses and their lawyers giving evidence; the inquiry’s cross-examining counsel; and a journalist from the Press Association news agency! Hundreds of core participants had to follow proceedings via a live video link.

Survivors and their families responded with anger, arguing that it is vital for the family members and survivors to be present to ensure accountability and scrutiny.

Speaking to the Guardian, Karim Mussilhy, vice-chair of the survivors and bereaved group Grenfell United, whose uncle Hesham Rahman died in the fire, said, “For us, a part of the justice process is being able to be in the room when people who are responsible for what happened to our loved ones face questions. … It’s hard to understand why people are allowed back into pubs, but we’re not allowed back into the inquiry. They told us we would be at the heart of this inquiry and now they are saying we’re not allowed in.”

Nabil Choucair, who lost six family members, expressed the desire of many bereaved family members to be present, stating that it is important “for them [the companies and organisations responsible for the fire] to see our faces. We are the families that have had families taken from us … [They] can’t look at us and not take notice. We can show them our feelings.”

“This is our committee, not theirs,” he added.

In a further insult, it was announced that the inquiry would retain its scheduled summer break. No hearings will be held for the five-week period between August and September 7. This is supposedly to allow lawyers, witnesses, and core participants to go on holiday, after the inquiry cynically concluded it would not be “fair” to disrupt their plans.

Edward Daffarn, a Grenfell survivor and member of the Grenfell Action Group that warned of the danger of a “catastrophic” fire at the tower block, told the Sunday Telegraph that officials had been “entirely uncommunicative” when concerns were raised about the delays.

The inquiry is also only sitting four days a week, further delaying proceedings. All this means that it is unlikely to report back on Phase Two until the end of next year at the earliest. Inside Housing noted yesterday that “Once the time for Sir Martin to prepare his report is factored in, it is unlikely the process will conclude until well into 2022 or even 2023.”

Not a single person in corporate or political circles has been brought to justice for the social murder of the 72 people. London’s Metropolitan Police insist no-one will face any criminal proceedings in their investigation—if any are ever brought—until the second phase inquiry findings are published and a police study of its conclusions has taken place. This could take until 2025—eight years after the fire. But with subsequent delays, it could even be many years after that.

Before the outbreak of the coronavirus, the inquiry was delayed for weeks in January and February. This was because many of the companies, which carried out the deadly 2014-16 “refurbishment” of Grenfell Tower, refused to testify unless they were given assurances that they would be legally protected from self-incrimination.

At the start of June, legal immunity was granted, with Attorney General Suella Braverman issuing an undertaking that any statements given to the inquiry by “legal persons” cannot be used as evidence against them in a future prosecution. This followed an earlier undertaking granting the same legal protection to “natural persons.”

None of the statements made by individuals or companies during Phase Two of the inquiry can ever be used in the police’s glacier-like investigation.

Exova statements provided further evidence of corporate cost-cutting and disregard for the safety of Grenfell residents. Senior fire engineer, Dr Claire Barker, worked on the “refurbishment” of the tower between July and August 2012. When questioned by lawyer Richard Millett on whether she had “raise[d] the need to carry out a fire assessment” and whether she thought that cladding the building would “present any particular issues or problems with regard to fire safety,” Barker said no.

The inquiry heard that Barker was under “huge time pressure” during the safety strategy discussions for the refurbishment. A fee proposal document from Exova revealed the project’s scope of works was “based on the assumption that a detailed appraisal is not required of the structural fire protection to the loadbearing elements of the structure or of the fire compartmentation within the building.”

Asked why that was assumed, Barker replied, “I would say it was assumed that, because the building was a concrete building, that it possessed the necessary fire resistance.”

On Wednesday, Exova fire engineer Terry Ashton, who took over the project from Barker, was questioned. Asked what was Exova’s role in general, he said, “To get building control approval to fire strategies for clients.” Ashton told the inquiry he had “ignored” an email from Studio E Architects, the designers of the refurbishment. The email contained a document with important information about cladding proposals, but Ashton did not bother with it saying he was not the main recipient and had not been “specifically asked to” look over the plans.

Hours after the documents were sent, Exova emailed Studio E with a copy of Ashton’s outline fire strategy, which included a section stating that “the proposed changes will have no adverse effect on the building in relation to external fire spread.” It said that “this will be confirmed by an analysis in a future issue of this report.” This never happened.

Before the inquiry was halted, it had heard how fire engineers at Exova had agreed to “massage” fire safety at Grenfell to allow it to pass checks. In August 2012, Cate Cooney, a senior consultant engineer at Exova, emailed a colleague after a conversation with senior architect Bruce Sounes from Studio E: “Basically I have told him that we can massage the proposal to something acceptable with separation, lobbies, etc., but there are approval risks in the project on the ff [firefighting] shaft/ MOE [means of escape] front. … They are making an existing crap situation [in Grenfell Tower] worse …”

None of the statements made above can be the basis of any prosecutions due to the granting of immunity. The Socialist Equality Party reiterates our call for the Grenfell families and their legal teams to withdraw all cooperation from this fraudulent inquiry. We urge all those fighting for justice to demand that the guilty are immediately arrested, charged, and put on trial.