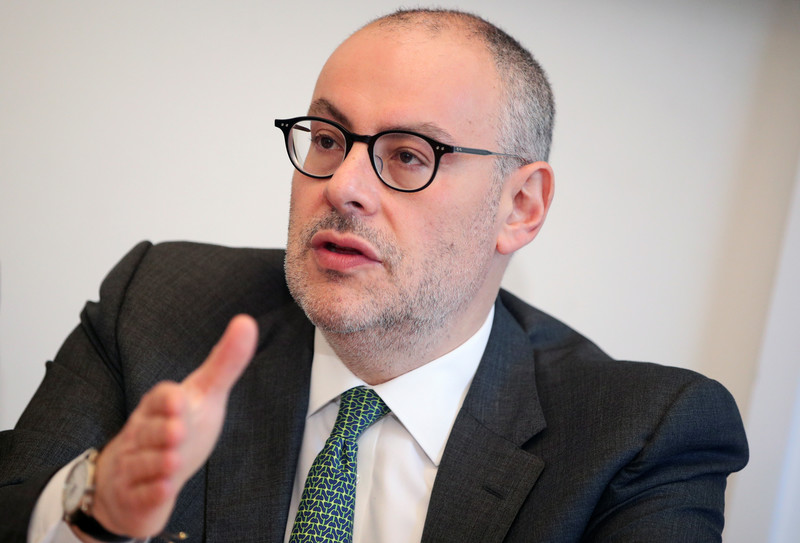 The Jewish Labour Movement’s lawyer James Libson belongs to a firm that has represented the Israeli prime minister and embassy in the UK. – Lisi Niesner Reuters

The UK’s official equality watchdog is facing questions over its impartiality after it was revealed that one of its commissioners failed to declare financial links to the ruling Conservative Party.

The Equality and Human Rights Commission (EHRC) last year launched an investigation into the Labour Party amid accusations that it is institutionally anti-Semitic.

Newsweek has revealed that EHRC commissioner Pavita Cooper made donations totaling $4,400 to the Conservative Party.

Cooper’s donation was not declared when she took up the role in 2018.

Cooper and her husband also hosted a fundraising event for their local Conservative member of Parliament.

The investigation into Labour was launched at the request of two pro-Israel lobby groups in May 2019. It is expected to report sometime this summer.

The supposedly impartial watchdog also appointed one of the same groups’ leaders to its panel of legal advisers mere days before it announced its probe of Labour.

The Jewish Labour Movement’s vice chair Sarah Sackman said she was “delighted” to have been given the post.

Delighted to have been appointed to @EHRC panel of lawyers. Really looking forward to working with their fantastic legal team @eprochaska and co. on #equalities #discrimation

A spokesperson for Sackman at her law firm denied to The Electronic Intifada that she had discussed the investigation with anyone at the EHRC at any stage. “Her appointment to the panel was entirely independent and unrelated,” he said.

Former Labour leader Jeremy Corbyn charged in an interview with Middle East Eye that the Conservative government has in recent years politicized the EHRC.

The Tories “decided to take away its independent status and make it part of the government machine,” Corbyn said last month.

Last year, after the EHRC first announced it may investigate Labour’s anti-Semitism “crisis,” activists said it was “part of the witch hunt against Jeremy Corbyn.”

The first of the two pro-Israel organizations that referred Labour to the EHRC was right-wing anti-Palestinian group the Campaign Against Antisemitism.

It was founded in 2014 during that year’s Israeli war against the people of the Gaza Strip, in order to shield Israel by smearing critics of its actions as anti-Semitic.

In December the group claimed to have “slaughtered” Corbyn after Labour’s general election defeat. The group then attempted to have the video of these disturbing comments removed from the internet.

The second group that referred Labour to the EHRC is the Jewish Labour Movement – a Zionist organization affiliated to Labour which acted as a proxy for the Israeli embassy during its long war against Jeremy Corbyn.

One Jewish Labour Movement activist last year tweeted out an article claiming that Labour “risks bankruptcy” – from the same investigation his group had helped instigate.

For years the Jewish Labour Movement smeared its own party as anti-Semitic, as a political weapon against Corbyn, the left-wing leader many supporters of Israel despised.

With the former leader now safely out of the way and his successor Keir Starmer purging the party of the left, the Jewish Labour Movement no longer needs to destroy the leadership.

Last year, the day after the EHRC announced the start of its formal investigation, the Jewish Labour Movement told its members that “a problem of leadership and culture” meant that Labour had become a party which “discriminates against Jews and that it has become an unsafe space for them.”

In an email to members obtained by The Electronic Intifada, the Jewish Labour Movement said that it had “retained top law firm Mishcon de Reya” to represent it to the EHRC – led by James Libson.

Mishcon de Reya is the high-profile law firm that represented Princess Diana in her divorce from Prince Charles.

But it has also repeatedly represented the government of Israel and other Israeli bodies in the UK.

Libson himself has been part of the Mishcon legal team in at least two cases against the boycott of Israel.

In 2012 this writer witnessed him watching in a London court room as the Israel lobby accused the University and College Union of supposed “institutional anti-Semitism” – the same false charge now brought against the Labour Party.

The University and College Union was completely vindicated in 2013, when the case against it failed on all counts.

The judge famously dismissed the complaint as “an impermissible attempt to achieve a political end by litigious means,” and threw out claims that opposition to Zionism was inherently anti-Semitic.

“It would be very unfortunate if an exercise of this sort were ever repeated,” judge A. M. Snelson warned. His advice seemed to have been ignored.

The second known anti-Palestinian case pursued on behalf of Israel by Libson was that of Moty Cristal.

An Israeli army colonel, Cristal sued public sector union Unison as well as the National Health Service after they declined his offer to host a workshop on “negotiations.”

The case was ultimately dropped.

Former Jewish Labour Movement chair Jeremy Newmark (who resigned in disgrace in 2018 amid serious financial irregularities) was also deeply involved in the Israel lobby’s case against the academics and teachers’ union.

In 2012, Newmark told an Israeli newspaper that he and his Israel lobby group of the time – the Jewish Leadership Council – were “liaising closely with the government of Israel” on the Cristal case.

At a conference in 2011, Newmark told pro-Israel activists to join political parties “and become a voice for Israel.”

You can watch his comments in the video above. It was obtained by The Electronic Intifada but was later deleted by conference organizers from YouTube.

Newmark was a leading force in the 2015 revival of the Jewish Labour Movement specifically to fight Corbyn.

The group’s main strategy was to smear Corbyn and his supporters as anti-Semitic – and it worked.

The campaign involved increasingly thuggish tactics over the years before Newmark was forced out.

Islamophobia and the Tories

The Equality & Human Rights Commission is a failed experiment. If tomorrow it were to cease in existence, most of the people it was created to support wouldn’t even notice. We need to abolish it & bring back separate, well resourced governmental bodies for each equality strand!

As well as the Newsweek revelation, communist newspaper The Morning Star ran a series of exposés last year of a string of conflicts of interest at the EHRC.

Journalist Phil Miller revealed a litany of the body’s financial ties to the Conservative Party and the government.

Perhaps the clearest sign so far of the EHRC’s institutional bias against Labour is how it has repeatedly refused to investigate the Conservatives for their endemic bigotry against Muslims, even while investigating Labour for supposed anti-Semitism.

Writing for The Financial Times, Trevor Phillips – a former EHRC chair who has himself made Islamophobic comments for years without consequence – insisted that his ex-colleagues should “ignore protests that the Conservative Party should also be investigated for Islamophobia,” because it would be “aiding and abetting anti-Semitism.”

One poll last year showed that almost two-thirds of Conservative Party members consider Islam a “threat to Western civilization.” And 43 percent of those polled said they would refuse to accept a Muslim prime minister.

By comparison, even polling commissioned by the Campaign Against Antisemitism confirms that the Labour Party is one of the least likely to have members with any anti-Semitic views.