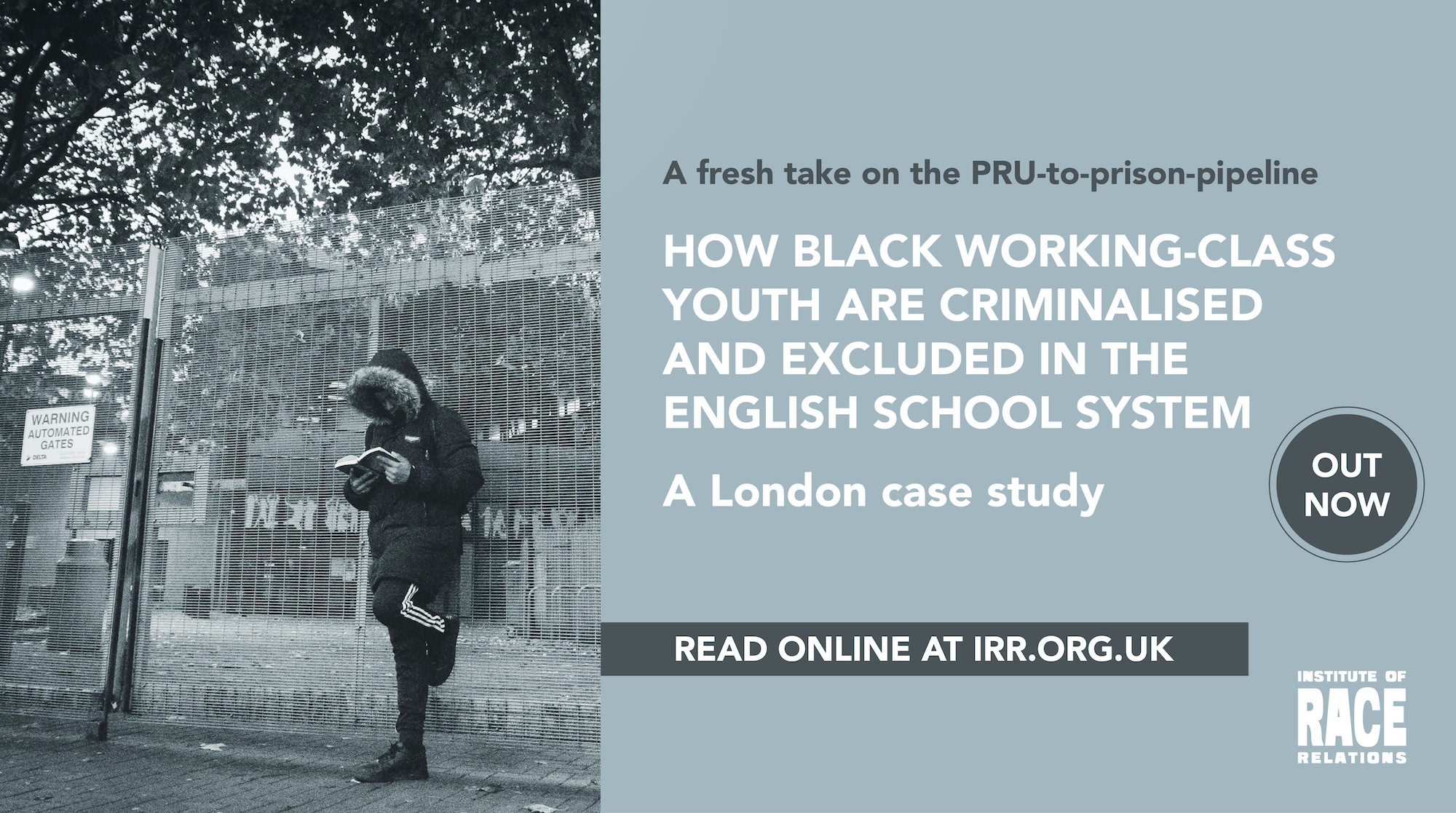 The paper, written by IRR researcher Jessica Perera is a thorough review of education policies over the last four decades, detailing how successive Conservative and Labour governments have entrenched a system of educational enclosure by privatising the Alternative Provision sector, securitising schools with increased surveillance and policing, and by criminalising and excluding some of the most marginalised: black boys of Caribbean origin.

Read about the report in today’s Guardian

How Black Working-Class Youth are Criminalised and Excluded in the English School System offers a fresh take on the PRU-to-prison pipeline phenomenon in London.