If the capitalist ruling class get their way, the revolts that the U.S. and the other parts of the neoliberal world have been experiencing this last year will be only a blip in the march towards corporate domination. Their goal is to use militarism-both within the imperial core’s borders and abroad-to indefinitely keep the power structure reinforced.

END_OF_DOCUMENT_TOKEN_TO_BE_REPLACED

Today’s session was plagued by technical difficulties, so the witness’ testimony was cut short and will have to conclude tomorrow morning. For a full recap of the day’s hearing, visit our live blog.
END_OF_DOCUMENT_TOKEN_TO_BE_REPLACED

Apology over portrayal of Bedouin citizen as a terrorist in 2017 incident does not just expose police crimes, it deepens the deception

It is unprecedented. Three years after the Israeli government first began vilifying a Palestinian teacher to retrospectively justify his murder by Israel’s security forces, Prime Minister Benjamin Netanyahu issued a public apology to his family last week. Yacoub Abu al-Qiyan was not a “terrorist” after all, the Israeli prime minister conceded.

END_OF_DOCUMENT_TOKEN_TO_BE_REPLACED 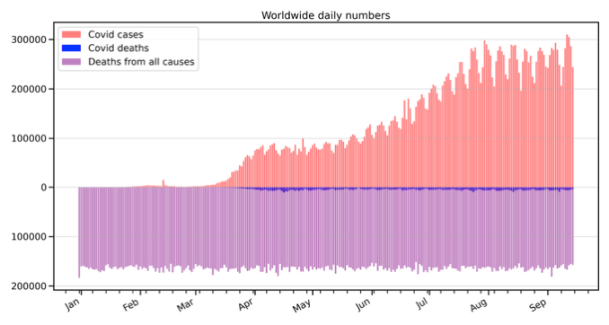 END_OF_DOCUMENT_TOKEN_TO_BE_REPLACED

[Prefatory Note: I am posting below a long interview with Konrad Stachnio on wide-ranging questions, which stretched by knowledge past its breaking point, especially in assessing where the technological innovations on the horizons will lead us. It is one of 17 conversations published by Clarity Press under the title, Civilization in Overdrive: Conversations at the edge of the Human Future. Preface by Stachnio after interview.

I recommend the book strongly. It can be ordered using the following url:

Yevgeny Khaldei’s iconic photo of the Red Army soldiers raising the Soviet flag on top of the Reichstag building in Berlin, May 1945.

The joint statements between two countries are usually riveted on a particular event but in extraordinary circumstances involving great powers, it could assume an epochal character and can be viewed as diplomatic communication that reflects what the Germans call the zeitgeist — the defining spirit or mood of a particular period of history — and frame geopolitical power relations. This is more so in the case of great powers that have long traditions in diplomacy and have left deep imprints in the march of history.

END_OF_DOCUMENT_TOKEN_TO_BE_REPLACED END_OF_DOCUMENT_TOKEN_TO_BE_REPLACED

A lot has happened during Julian’s court hearings, so we wanted to catch you up on the week’s events! We’re also providing a brief look ahead as to what we expect as Julian’s fight against extradition continues.