Many of us were left reeling as details of the murder of Sarah Everard came to light over the past week, which has prompted the IRR to publish a twitter thread detailing evidence of racist and sexist attitudes in the police force. This is not just a question of ‘canteen culture’, IRR argues, but a wider culture of impunity, which will become even more entrenched if the Police, Crime, Sentencing and Courts bill is passed. Read our intervention here.

This culture of impunity is reinforced across European contexts, as detailed in our calendar of racism and resistance. In Belgium, the appeal begins of the police officer who shot and killed 2-year-old Mawda in 2018, who is trying to overturn his one-year suspended sentence. The case goes beyond the actions of a single police officer but must address the wider complicity of government policies and police operational decisions, argue campaigners. Unless this is addressed, the cycles of violence that we document in our calendar – for example, French police shooting rubber bullets at a dinghy attempting to cross the Channel to the UK, resulting in the hospitalisation of two migrants, the shooting dead by the police of a black man at a Swiss railway station and the death of a 16-year-old Sudanese boy who was hit by a lorry in Calais while attempting to reach the UK – will never cease.

And finally, a reminder that on Monday 11 October, the IRR is co-hosting an event on ‘The Black Radical Tradition: Cedric Robinson in the UK’, exploring the transnational character of Robinson’s thesis. For those wanting to engage more with Cedric Robinson’s work, we have published a free collection of his key articles in Race & Class, as well as a blog piece, ‘The meeting of political families’ reflecting on the life-long relationship between the IRR and the Robinsons, who found common cause in a global struggle for human liberation. Register here to attend the event on Monday, with speakers including Josh Myers, Colin Prescod, John Narayan, Avery Gordon and Elizabeth Robinson. 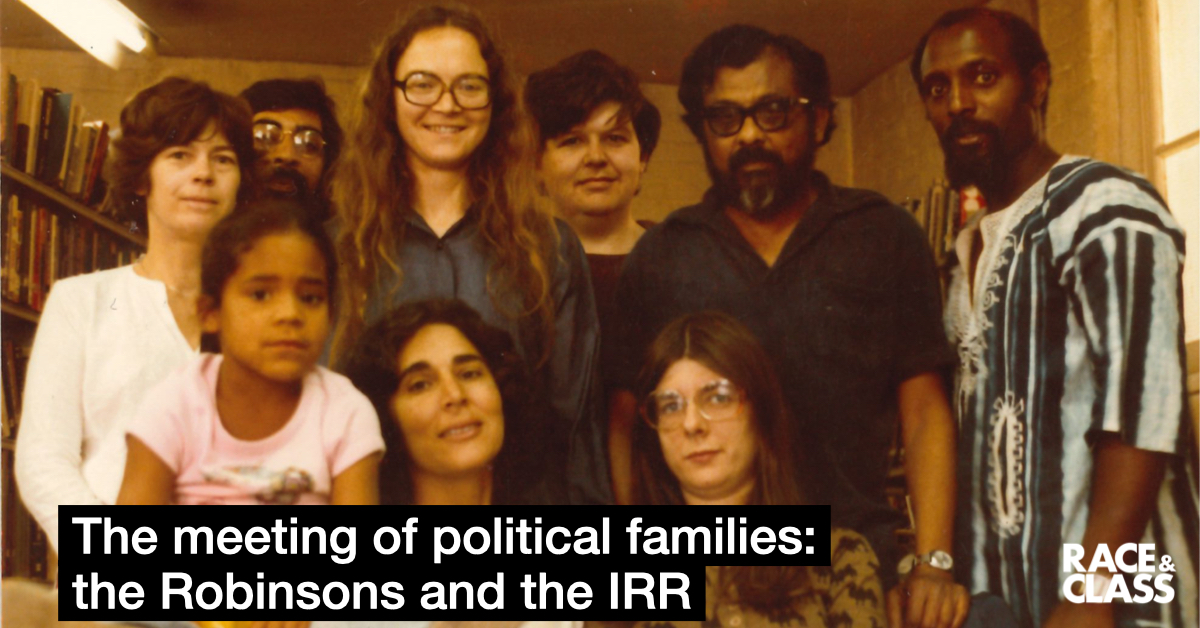 The Robinsons and the IRR The meeting of political families

Ahead of the UK book launch of Joshua Myer’s new biography of Cedric Robinson on Monday 11 October 2021, we publish a collection of Cedric Robinson’s key articles in Race & Class, as well as reflect on the long relationship between the Robinsons and the IRR. 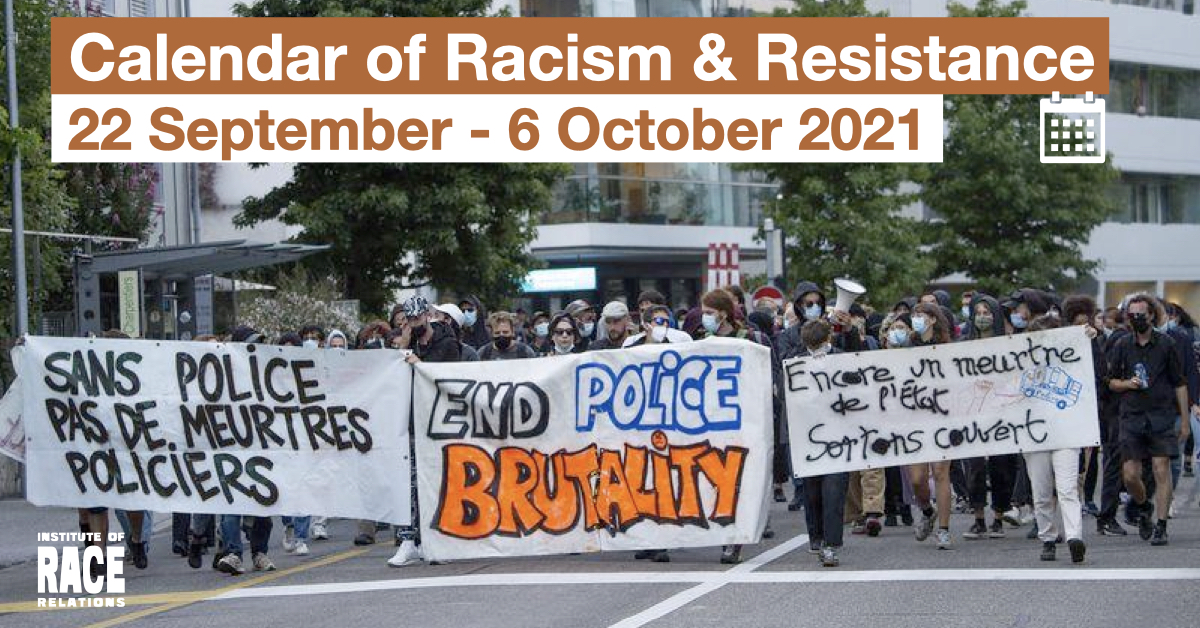 This calendar includes news that 10,000 Afghans, including 2,000 pregnant women, are stranded at a US base in Germany due to an outbreak of infectious diseases. Meanwhile, as Polish government ministers link asylum seekers to bestiality, prime ministers of several central European countries at the Budapest Demographic Summit tell the EU to preserve Europe’s Christian culture by increasing ‘the number of European children’.