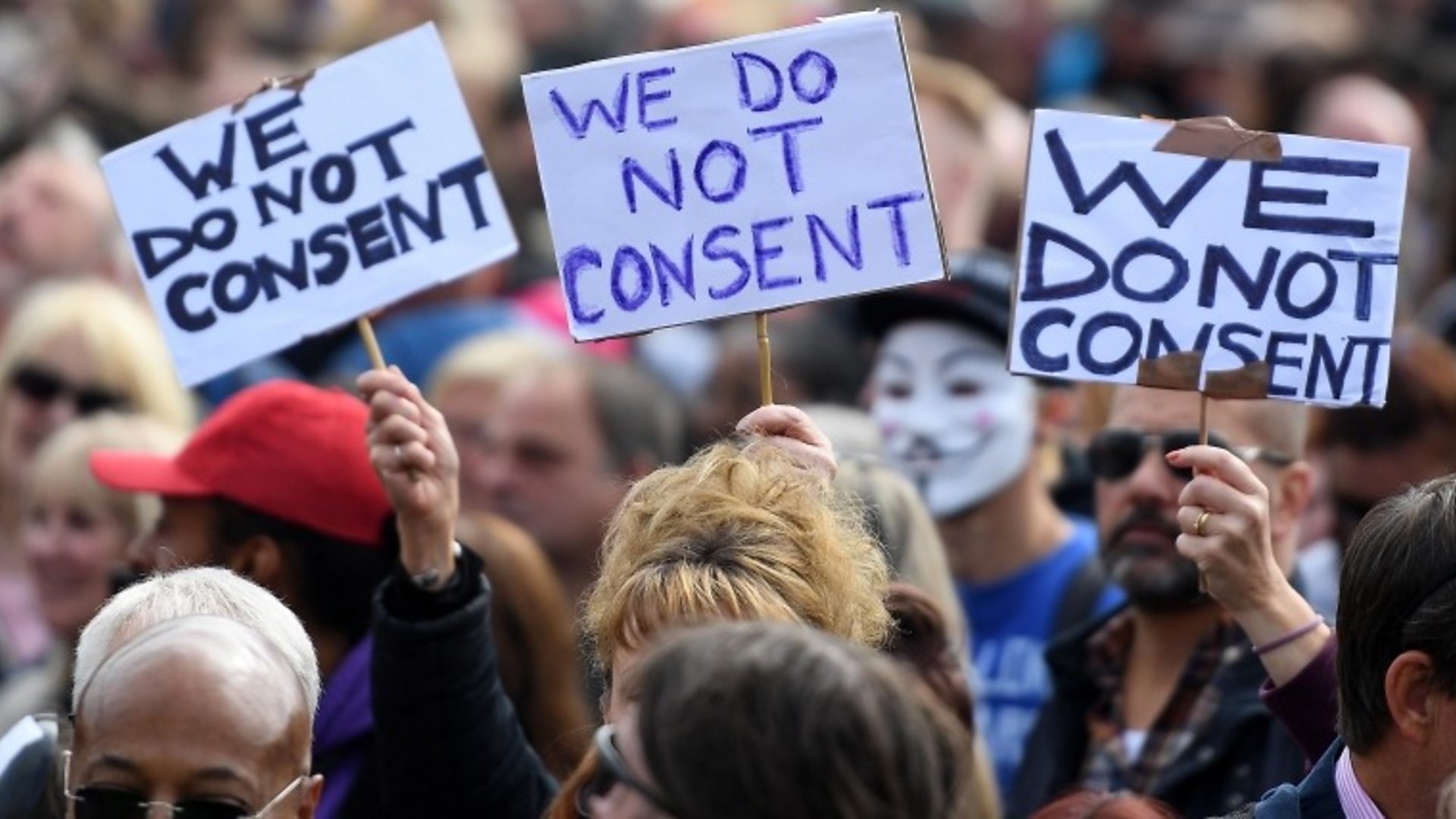 The massive acceptance of the draconian rules imposed by various governments in the wake of the covid-19 pandemic could lead to a new totalitarian system. A technocratic system of transhumanist ideology, with the eventual ensuing atrocities that would be justified under the banner of collective welfare.

According to this hypothesis of Mattias Desmet, psychoanalyst and psychotherapist specializing in mechanisms of mass formation, millions of people – caught in the clutches of covid hypnosis and prey to fear and mental intoxication produced by the false narrative imposed in a dominant way through the mass (dis)information media for almost two years now – would be ready to fight against a common enemy (the antivaccine, conspiracy theorists, usually right-wing) with total disregard for the loss of their fundamental rights and freedoms.

Professor of clinical psychology at the University of Ghent, Belgium, and author of the book The Psychology of Totalitarianism (in press), Desmet explains why societies in shock, hypnotized by propaganda and fear, accepted the corona narrative and a series of previously unimaginable heavy-handed government strategies, such as compulsory confinement, the use of masks, social distancing, the covid passport and successive doses of experimental vaccines. Because they are part of what in psychological terms Gustave Le Bon calls mass training, a kind of hypnosis, hysteria or collective psychosis, on a large scale, which eliminates people’s capacity for critical thinking, a typical component of totalitarian regimes.

It states that a mass is a specific group in which all individuals become similar and firmly believe in the same narrative. They suffer from a radical lack of critical thinking, and their cognitive abilities deteriorate and diminish.

In several interviews, Desmet stated that at the beginning of the virus crisis he analyzed the information from a statistical perspective, and after a few weeks he noticed that the numbers did not add up and the initial Imperial College of London model had overestimated the danger of the virus and its mortality. He then realized that this was a classic large-scale mass formation phenomenon (Dan Astin-Gregory, Why do so many still buy into the narrative?#MassFormation, 9/21/21 and Clémence Corré-Saint-Jours and Caroline Rouyer, Corona totalitarianism: the keys to understanding the crisis, 11/12/21).

Desmet argues that for a mass formation to appear, four preconditions are necessary: 1) a lack of social ties, with a strong feeling of isolation (people must feel socially atomized as Hannah Arendt would say); 2) a lack of meaning in their life; 3) latent and free-floating anxiety and generalized discontent; and 4) great frustration and aggressiveness in society. It shows that these conditions were present before the covid-19 crisis, and when the new narrative appeared that provided an object (the virus) to the anguish and was hammered day after day by government officials and the mass media, it generated an enormous disposition in the population to connect their floating anxiety with that specific object and to participate in the strategies to combat it.

In the group that follows those strategies, a (false) nexus of solidarity is created. And a real heroic battle is waged collectively, says Desmet. He explains that a human being is social and if you feel isolated and suddenly go from that unconnected state to one where you are strongly connected to a crowd or mass, you create a kind of mental intoxication. Even if the story is absurd and false, people buy into the covid narrative because it gives meaning to their lives. And they channel their frustration and aggression against the new enemy: the conspiracists, the anti-vaccine activists; they may even go so far as to kill in the name of the collective welfare.

He warns that historical analysis shows that mass formation can be the first step towards totalitarianism, and that totalitarian systems have the same tendencies to isolate: “To ensure the health of the population, the ‘sick’ portions of the population” must be isolated and locked up in camps, an idea suggested during the corona crisis, but discarded as not feasible due to social resistance. Will that resistance persist if fear continues to grow?

He adds that “the blindness that comes with social conditioning and totalitarianization will blame those who disagree with the narrative and/or refuse to be vaccinated. They will serve as scapegoats. They will try to silence them. And if that succeeds, the dreaded tipping point in the totalitarianization process will come: only after having completely eliminated the opposition, the totalitarian state will reveal its most aggressive form. And it will become – to use Hannah Arendt’s words – a monster devouring its own children. The worst is yet to come.” (Patrick Dewals, The Emerging Totalitarian Dystopia: An Interview With Professor Mattias Desmet, The Daily Sceptic, 4/3/21.)

He claims that the emerging totalitarian system is technocratic and based on transhumanist ideology, which is rooted in the belief that man is machine-like; part of a larger machine, the universe, and can be optimized by additions of all kinds of mechanical components.

According to Desmet, in a totalitarian society about 30 percent of the people are under the hypnotic spell of mass formation; 40 percent remain silent and conform unconvinced by the dominant narrative, and 30 percent neither believe nor comply with the narrative and express their disagreement aloud. In the corona crisis, the resisting group fails to speak in unison, and its impact on the group that remains silent is never as powerful as the impact of the mass that is mesmerized by the media intoxication campaign.

If the dissident group would find a way to unite without becoming a mob – the mob destroys the individuality and uniqueness of the human being – the crisis and its process would be suspended. If not, we will go from one confinement to another and from one crisis to another, culminating in a totalitarianism that, after eliminating the resistance, will devour its own children. 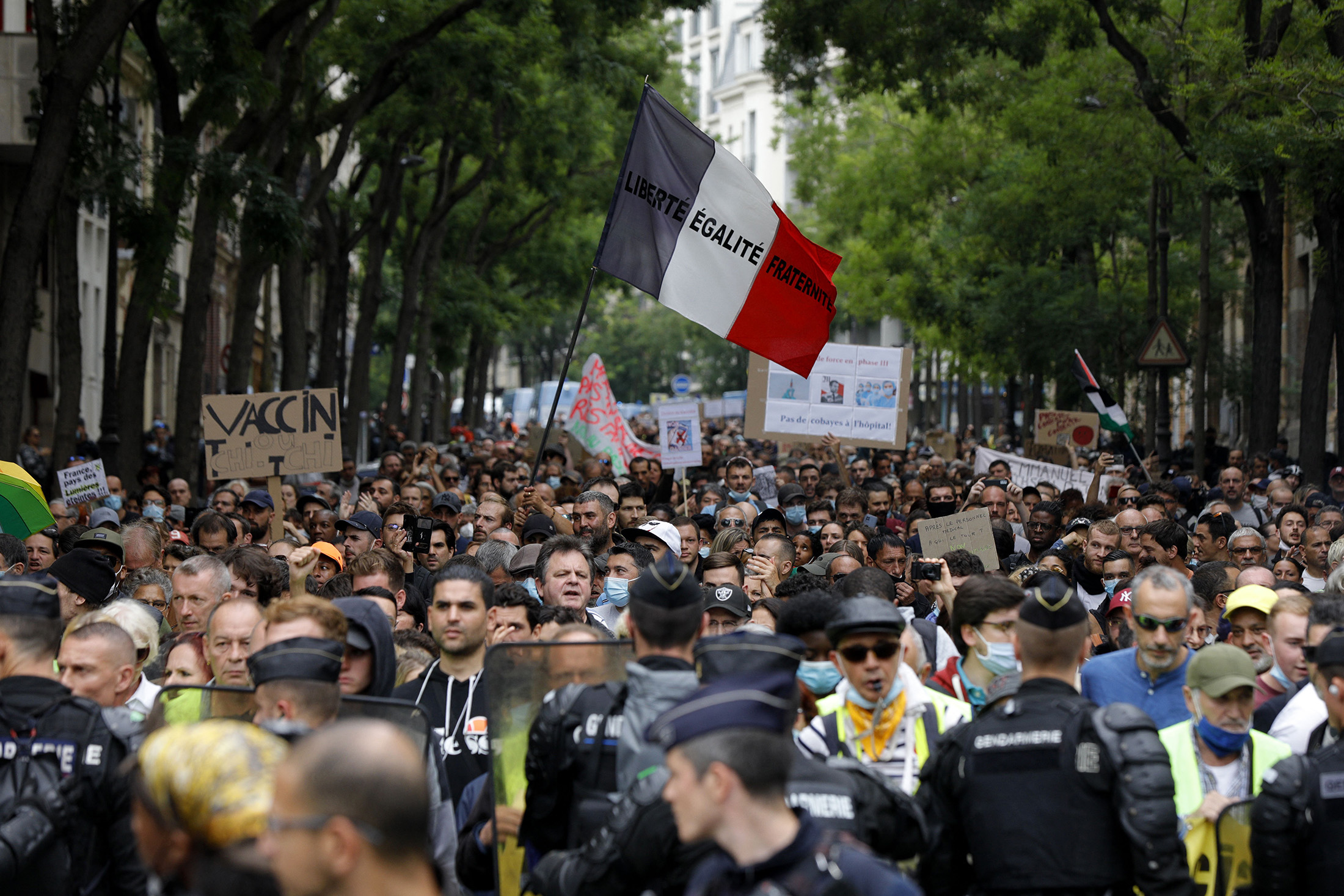