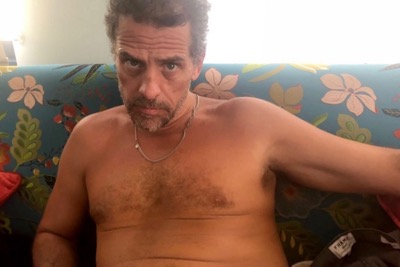 In July 2022, Republican Senator Chuck Grassley denounced an FBI special agent, who he suspected of partaking in a plan to debunk the information found on Hunter Biden’s laptop. During a Senate hearing, FBI Director Christopher Wray said he was deeply troubled by the “kinds of things” that Senator Grassley had brought to his attention.

Interviewed by Joe Rogan on 25 August, Meta (Facebook) director Mark Zuckerberg revealed that the FBI had contacted his staff to caution them against Russian misinformation and that, following that warning, he censored all content related to the New York Post’s revelations about Hunter Biden’s computer. ‎

The following day, on 26 August, the FBI issued a press release acknowledging that it had indeed sounded the alarm with social network owners, but only in general, without specifically mentioning Hunter Biden, and, furthermore, that FBI Director Christopher Wray had fired one of his special agents, Timothy Thibault, accused of having gone beyond his duties by manipulating the media.

Thibault claims his innocence and assures that a more in-depth investigation will show that he did not commit the offense attributed to him.

On 29 August, Republican senators Chuck Grassley (IA) and Ron Johnson (WI), wrote to Mark Zuckerberg asking him to clarify what the FBI had told his staff.

This case is making a lot of noise considering that the computer seized by the FBI contains incriminating evidence on Hunter Biden which entangles his father. However, in early August, a number of whistleblowers testified before Senator Grassley that the FBI had devised a plan to discredit the information on Hunter Biden’s computer with the aim of protecting President Joe Biden.

Former National Intelligence Director Richard Grenell pointed out that none of the fifty-odd FBI agents who approached the social media had information allowing them to confound the content of the New York Post publications with Russian disinformation.

With this statement, Richard Grenell directly contradicts the numerous National Intelligence officials who, on 19 0ctober 2020, attempted to dismiss the case around Hunter Biden as mere “Russian disinformation” [1].

In his speech announcing the Russian special military operation in Ukraine, President Vladimir Putin alluded to Hunter Biden (board member of the Ukrainian hydrocarbon giant Burisma) and his friends by speaking of a “gang of drug addicts” who had plundered the wealth of Ukraine. Subsequently, the Russian Ministry of Defense released documents attesting that Hunter Biden, through a company he had created with John Kerry’s son-in-law, had piloted the military biological research program in Ukraine on behalf of the Pentagon.