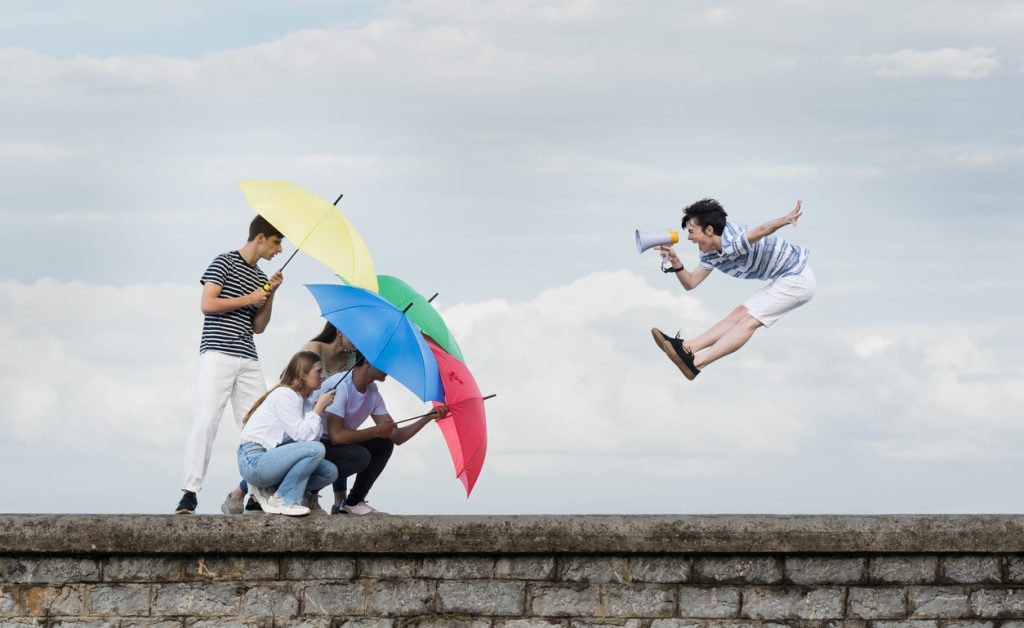 How will we look back on 2022? For most but the most die-hard Zero Covid addicts (who had to wait until China punctured this illusion only a few weeks ago), victory was declared over Covid early in the piece when the government backed down from its obscene NHS injection mandate in February and ‘Plan B’ restrictions were also subsequently rescinded. 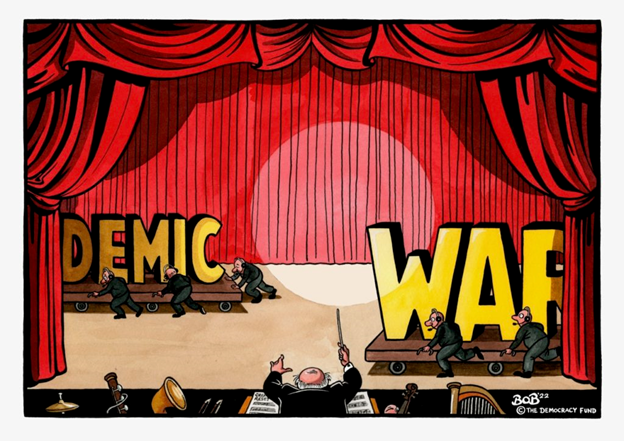 Yet peace, of course, was subsequently shattered by a confected – albeit shockingly deadly and costly – crisis in Eastern Europe, providing a helpful smokescreen for those that wished to obscure the obvious fallacies propping up the mainstream Covid narrative.

Of course, for most lockdown sceptics, Covid-19 should never have had a name, nor should it have been a ‘thing’. Had we had our way, the UK might now have the financial muscle to invest in schools, hospitals, updating creaking infrastructure, … this list feels endless, not dissimilar to the climb we face to reclaim the lost ground since society leaped off the cliff and into the abyss of draconian non-pharmaceutical interventions in March 2020.

These days, of course, it is fashionable to decry the harms of the over-zealous response, almost as if there had been no dissenting voices or opinions at the time. Unfortunately this is another convenient smokescreen, as the true scale of falsehoods shared by official information campaigns – or should we call them disinformation campaigns co-ordinated by officials – is now becoming impossible for even the most ardent Covidean Cultists to ignore.

We have previously reported on very strange goings-on in the upper echelons of the institutions co-ordinating various aspects of the ‘pandemic response’. Senior personalities and shadowy nameless characters that populated government committees such as SAGE – riven with conflicts of interest and serving many masters, the precise opposite of the ‘public servants’ they were portrayed as – favoured both corporate tyranny and crony capitalism.  Actions speak louder than words: achieving good outcomes for people they are meant to be serving seem not to have been the top of their agenda.

This just replicated what happened across the Western world. Consider the treatment meted out on three ‘centrist’ senior academics (hailing from Stanford, Oxford and Harvard, no less) behind the Great Barrington Declaration, an attempt to promote a rational response to the grand panic so as to minimise collateral damage.  A senior honcho within US National Institutes of Health smeared them as ‘fringe epidemiologists’ and stated that there “needs to be a quick and devastating published take down of its premises”:

Various such rent-a-quote ‘take downs’ duly appeared in the following days, and a rival rallying flag – the John Snow Memorandum – was hastily erected, receiving the blessing of various official mouthpieces such as Rochelle Walensky, the head of the CDC, as well being promoted in The Lancet. The John Snow Memo was merely a totem – a weak document that has laughably failed to stand the test of time – and it was correctly critiqued at the time.  It is littered with hostage to fortune statements such as “Japan, Vietnam, and New Zealand, to name a few countries, have shown that robust public health responses can control transmission, allowing life to return to near-normal, and there are many such success stories”. Oops.

But despite these clangers, the ‘women and children last’ brigade were given a free pass by the mainstream press to use the John Snow Memorandum as a stick to beat — and silence — those that fought to limit collateral damage. Mission accomplished: pharma profits maximised.

This all came to light back in 2021… it is old news, though it is noteworthy that even lockdown sceptic Isabel Oakeshott recently mislabelled the centrist creed as the ‘Barrington Declaration’ (perhaps assuming the ‘Great’ was self-aggrandisement, rather than the more prosaic fact of being a geographical label referring to Great Barrington, Massachusetts, where the Declaration was signed).

A new development is that Anthony Fauci, head of the NIA, is now unable to recall these matters when providing an ‘on the record’ legal deposition, stating that he didn’t “have time to worry about things like the Great Barrington Declaration”… despite writing a few days after the above email from Collins that he had “come out very strongly against the Great Barrington Declaration”.

And following on from confirmation of the active suppression and censorship of the Great Barrington Declaration and its authors, the new owner of a recently acquired social media company seems to have unearthed information that led to this exchange: 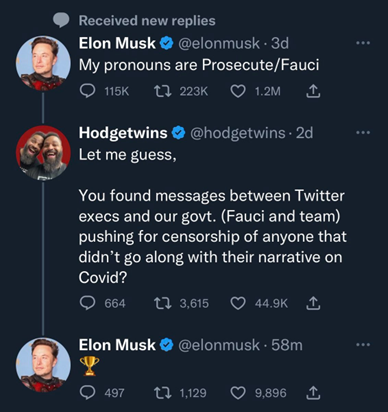 This is not merely playground politics – it is a matter of life and death. As fashionable as it is to subsequently admit that lockdowns – and the associated excesses which led to such terrible collateral damage – were a mistake, this was known before they were enacted. The shenanigans cost lives, livelihoods, and robbed families of last goodbyes.

It is tempting to see the debacle of recent years as a great misadventure – part of life’s rich tapestry that contributes to the furtherment of human knowledge. Lockdowns – ah, a failed experiment, but we didn’t know any better!

The sad – if unpalatable – truth is that not only should that experiment never have happened, it was known to very many powerful people that the experiment – and its compounding consequences and associated harms – should never have been promoted.  It was a grand self-immolation that happened to enrich various characters that were not necessarily acting in your best interests. As more painful truths come to light, we owe it to our children and children’s children to continue to dissect these discredited lockdown policies, and those that promoted them. Watch this space.