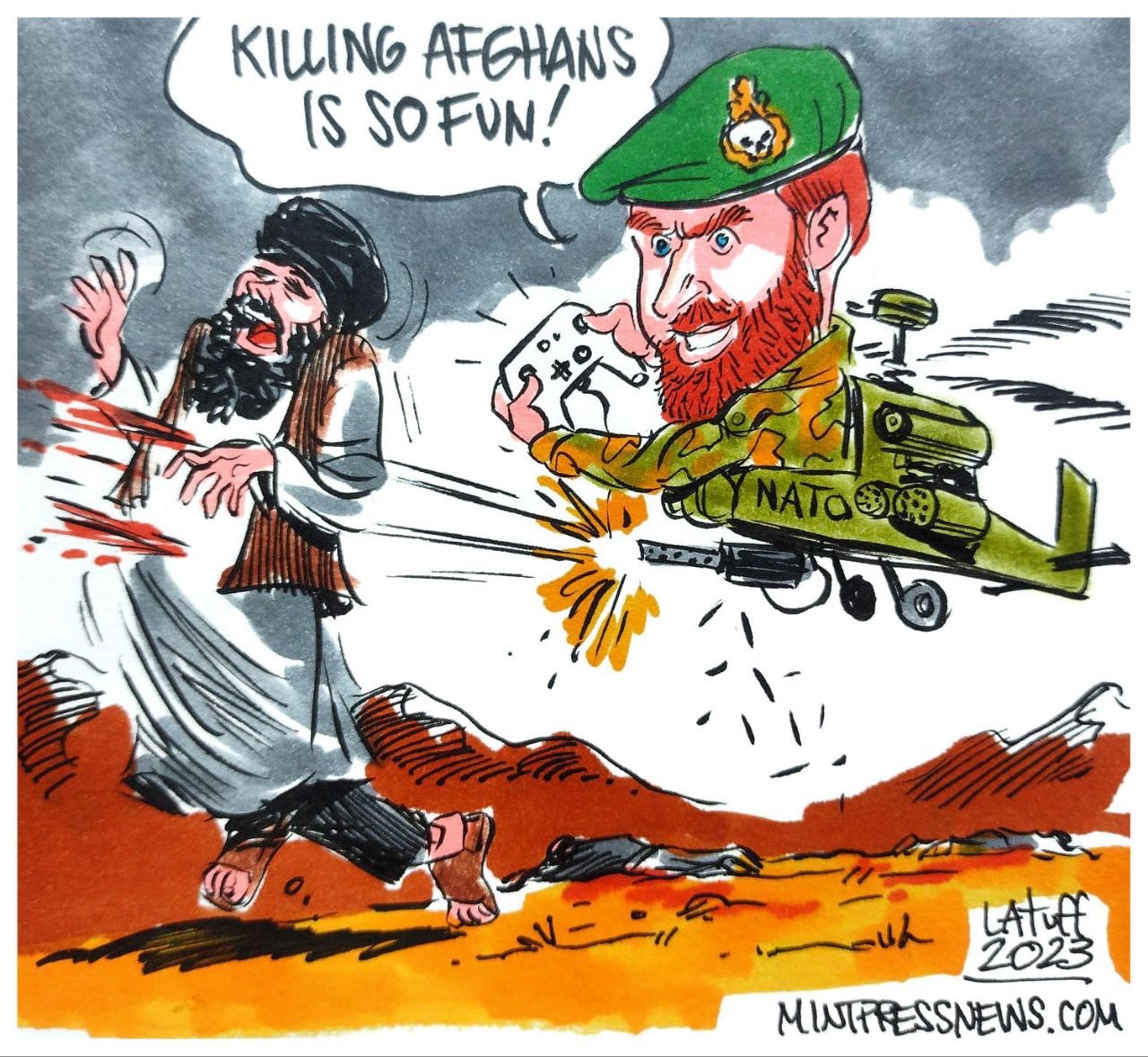 Prince Harry claims that he killed 25 Afghan fighters during his second deployment in Afghanistan in 2012/13 in his new memoir.

He describes killing someone with an Apache helicopter as “a joy” and likens it to playing video games.

He also discusses how the military teaches soldiers to dehumanize their enemies, claiming he saw his victims as chess pieces.

Anas Haqqani of the Taliban tweeted in response:

“Mr. Harry! The ones you killed were not chess pieces, they were humans; they had families who were waiting for their return. Among the killers of Afghans, not many have your decency to reveal their conscience and confess to their war crimes.”