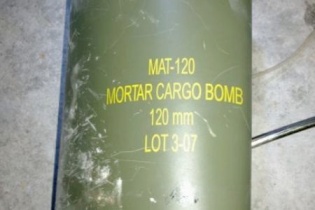 A Human rights investigation in Libya has found that it was the US and its Western allies who cluster bombed the troubled city of Misratah back in April.

The HRI said it has convincing evidence that the cluster bombing blamed on pro-Gaddafi forces was actually carried out by the US navy.

The report says at the time of the attack, Human Rights Watch and a reporter working for US media immediately blamed forces loyal to Libya’s embattled leader Muammar Gaddafi for the cluster bombing that threatened civilian lives.

According to the report, the UN High Commissioner for Human Rights, Navi Pillay and the US Secretary of State Hillary Clinton were quick to condemn the act.

Clinton called the cluster bombing of urban areas an act that posed a lot of challenges to both NATO and the opposition.

‘We never saw these injuries before. We need experts to assess [the munitions],’ said a doctor at a Misratah hospital back in mid-April.

The Libyan regime had flatly denied reports that they have used internationally banned cluster bombs in the ongoing clashes with revolutionaries.

NATO has been bombing Libya since March. Under a UN mandate, the alliance must protect civilians caught up in the battle between the opponents of Gaddafi and his loyalists.

However, many civilians and even anti-Gaddafi forces have been killed since the Western-led war on Libya began in March. Cluster bombs used by coalition forces in Afghanistan and Iraq have also resulted in civilian casualties.

Critics, however, accuse the West of hypocrisy over the offensive on Libya, along with its silence towards the brutal crackdowns on similar anti-regime movements elsewhere in the Arab world, such as in Bahrain, Saudi Arabia and Yemen.

Experts say the main motive behind the Western attack on Libya is the vast oil reserves in the North African country.