An emergency appeals court in Bahrain has upheld the death sentences of two men accused of running over two police officers during anti-government protests. Interview with Nabeel Rajab, president of the Bahrain Center for Human Rights.

The Spirit of Rachel Corrie lifted anchor and started sailing towards Gaza.

“The Egyptian Navy is forcing us out of their territorial waters and has asked us to go to international waters. One Egyptian patrol boat is coming very fast from behind with a gun pointing at us.” Everyone is calm and steady. We are okay.”

END_OF_DOCUMENT_TOKEN_TO_BE_REPLACED

23 May 2011 — Global Network Against Weapons & Nuclear Power in Space 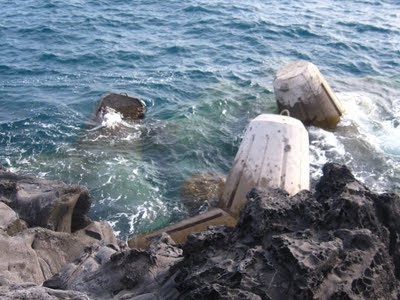 I have decided to begin an open-ended fast today in solidarity with Yang Yoon-Mo and the other eight leaders recently arrested for trying to stop the Navy base construction in the Gangjeong village on Jeju Island. By my calculations, professor Yang is now on his 49th day of his hunger strike.

END_OF_DOCUMENT_TOKEN_TO_BE_REPLACED

British broadcasters’ coverage of the Arab awakening over recent months has been brave and honest. These are difficult and dangerous stories. But the BBC – and in this article I am going to concentrate on the BBC, because it is the broadcaster we are taxed to enable and sets worldwide standards of fairness – and its teams have made every effort to report with balance and application.

END_OF_DOCUMENT_TOKEN_TO_BE_REPLACED

Video footage of Hasan Hijazi, a Palestine refugee who came in from Syria, being interviewed on Israeli TV while sightseeing in Yafa

The declassification of official secrets is often seen as either a challenge or a prerequisite for obtaining accurate data on the history of political and economic events. Yet at the same time high government intelligence officials have said that their policy is one of ‘plausible deniability’. Official US government policy for example is never to acknowledge or deny the presence of nuclear weapons anywhere its forces are deployed, especially its naval forces. The British have their ‘Official Secrets’ Act. When the Wikileaks site was launched in 2007 and attained notoriety for publication of infamous actions by US forces in Iraq and Afghanistan, this platform was heralded and condemned for its disclosures and exposures.
END_OF_DOCUMENT_TOKEN_TO_BE_REPLACED

The Tunisian revolution has been the detonator of the wave of protests and uprisings which have spread across North Africa and the Middle East since January, 2011. Sparked by the self-immolation of Mohamed Bouazizi on December 17, 2010, the Tunisian revolution quickly spread from the towns in the central mining and agricultural regions of the country to the coastal cities, including the capital Tunis. Mass demonstrations, riots and strikes compelled President Ben Ali to flee the country on January 14. The ultimate outcome of the still fluid revolutionary process remains undetermined. So far popular mobilization and the forces activated by them – a series of parties, associations, unions, and intellectuals now organized in a loose coordinating committee (Le comité de salut public à la tunisienne) – have succeeded in forcing the retreat and partial dissolution of the networks of repression of the Ben Ali regime, changing the composition of the interim government a number of times and implementing their demand for a constituent assembly, from which Ben Ali’s old ruling party, Le Rassemblement constitutionnel démocratique (RCD) will be excluded for ten years. Governed by a new electoral law passed on April 11, elections for this assembly are scheduled for July 24.