The precise nature of this “Islamist threat” from Mali is never spelled out or evidenced. . We are expected to accept the word of Paris, London and Washington – the rogue states that have and are conducting illegal wars in Afghanistan, Iraq, Libya and Syria.

END_OF_DOCUMENT_TOKEN_TO_BE_REPLACED 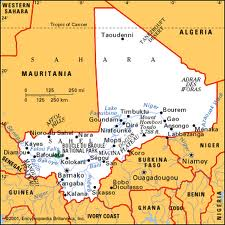 “it would send 2,500 troops to support Malian government soldiers in the conflict against Islamist rebels. France has already deployed around 750 troops to Mali, and French carriers arrived in Bamako on Tuesday morning…..

We will continue the deployment of forces on the ground and in the air…..

We have one goal. To ensure that when we leave, when we end our intervention, Mali is safe, has legitimate authorities, an electoral process and there are no more terrorists threatening its territory.” [1] END_OF_DOCUMENT_TOKEN_TO_BE_REPLACED

At Least 17 Including 7 Reporters Injured As Army Attack Bab Al-Shams Again
IMEMC – Palestinian medical sources reported that at least 11 nonviolent peace activists, and 7 reporters, have been injured when Israeli soldiers attacked a group of activists trying to reach the Bab Al-Shams, the new village project meant to counter the illegal Israeli E1 settlement plan in occupied East Jerusalem. Several activists have been kidnapped. …