The attention on Saturday remained immediately focused on the single largest staging ground for aid in Cucuta, Colombia — where a massive benefit concert hosted by British billionaire Richard Branson drew a crowd of more than 200,000 people Friday. 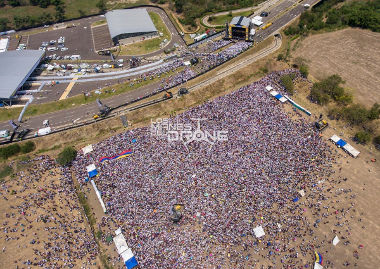 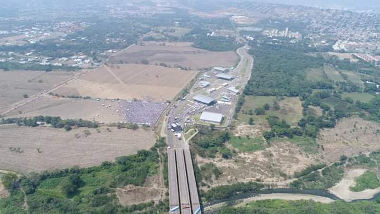 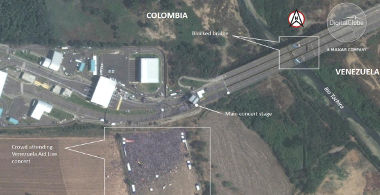 Dan Cohen was in the VIP area in front of the stage:

#VenezuelaAidLive organizers claim 317,000 people attended today’s event. The real figure is a tiny fraction of that. Here’s a photo I took of the crowd at 11am. I estimate no more than 10,000. That might be generous. 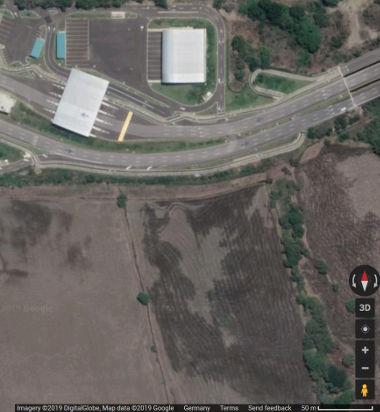 The stage was build at the top right across both roadways with its front towards the southwest. There was room for a few hundred VIP and reporters right in front of it. The field where the plebs were kept away lies between the north to south treeline at the right and the north to south ditch with the two single trees. According to the Google map scale the field’s northern edge is some 125 meters wide. The crowd was standing at the northern end of the field at a depth of about 50 meters. The density of the static crowd was low to medium with on average 2 to 3 people per square meter.

One may generously add a count of one or two thousand for the people mingling around in the back of the public area. In total there may have been up to 18,000, but certainly no more than 20,000 people at the concert.

The show the British oligarch arranged was supposed to attract 250,000 people. Less than 8% of the expected crowd arrived. Branson claimed the concert would raise $100 million but did not explain by what magic that is going to happen. The idea failed to attract any globally known acts. That is probably thanks to Roger Waters who spoke out against the fake ‘humanitarian’ stunt.

The stage setup far away from the public area was unreasonable. The concert attracted only some local people who had nothing better to do. The whole thing was a complete fail.

The Washington Post’s count of “200,000 people” is obviously an outrageous lie. But the Post agitated throughout the last 20 long years for regime change in Venezuela. It now sees a chance to achieve that. There is no way that it will let get facts in the way of it.