ALERT: Seems like the Empire is planning a false flag on Venezuelan border
https://www.greanvillepost.com/2019/02/21/alert-seems-like-the-empire-is-planning-a-false-flag-on-venezuelan-border/

END_OF_DOCUMENT_TOKEN_TO_BE_REPLACED 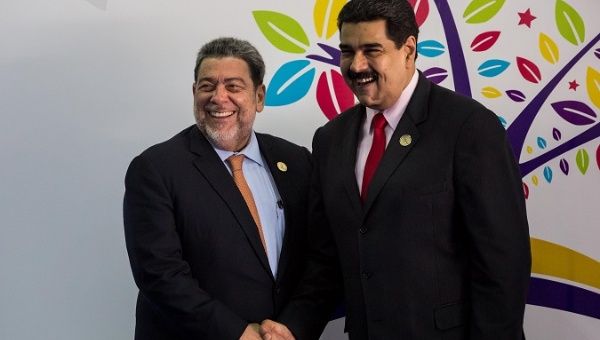 Dr. Hon. Gonsalves, the prime minister of Saint Vincent and the Grenadines spoke out against the U.S. sanctions and the interventionist efforts in Venezuela.

Dr. The Honorable Ralph Everard Gonsalves, Prime Minister of the Caribbean country of Saint Vincent and the Grenadines, called a local radio station after a journalist from the country reported on-the-ground realities from Venezuela’s capital Caracas.

END_OF_DOCUMENT_TOKEN_TO_BE_REPLACED

More from my January 2019 re-visit to Aleppo, Syria.

Again in the old city of Aleppo, and around the Citadel, I speak with civilians about life, take footage from a city ravaged by terrorism but rebuilding, and add a bit of footage from November 2016 where the person I was with told me terrorists burned the old souq before leaving.

“This is not my work. My work, I have a factory for bottling olive oil, in Idlib.” [When was the last time you saw it?] “Before 8 years.”

END_OF_DOCUMENT_TOKEN_TO_BE_REPLACED

“When a president of another country comes and tries to give orders to [our] Armed Forces, he is underestimating them disrespectfully (…) It is incredulous,” — Venezuela’s Defense Minister

Venezuela’s armed forces have responded angrily Tuesday to threats made against them by US President Donald Trump and calls to break the chain of command.

Speaking at a press conference held in Caracas and flanked by commanders from all of the branches of the military, Defence Minister Vladimir Padrino Lopez told the press that Washington “Will not be able to install a “puppet” and anti-patriotic government, they will have to step over our dead bodies first.”

END_OF_DOCUMENT_TOKEN_TO_BE_REPLACED

In recent times the international media, including many who promised to “resist” the dangerous commander-in-chief Donald Trump, have been awash with stories about Nicolas Maduro blocking US “humanitarian aid” reaching Venezuela. Maduro is said to have even blocked a bridge in his desperation to starve his own people (see, for example, CNN, CBC, Associated Press, BBC, NPR, ABC, Bloomberg, The Guardian). A constant flow of stories such as this have served to establish a narrative of a dictator blocking a benevolent US government from helping its desperate people. Something must be done!

END_OF_DOCUMENT_TOKEN_TO_BE_REPLACED 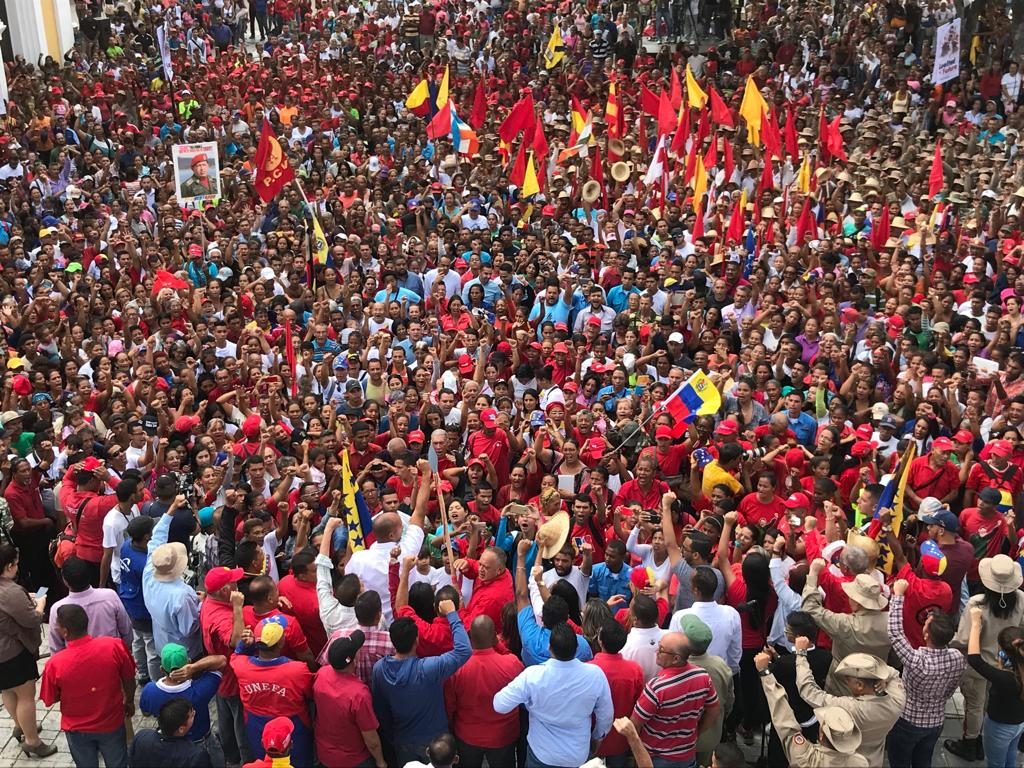 END_OF_DOCUMENT_TOKEN_TO_BE_REPLACED

The stakes could not be higher as people across the globe prepare to mobilize in solidarity with the Venezuelan people on February 23 and to oppose the growing imperialist threats of intervention and war. More than 100 cities plan to hold actions this weekend – find and join one near you.February 23 will be a decisive juncture and a day marked by struggle to defend Venezuela both inside the country and around the world.

END_OF_DOCUMENT_TOKEN_TO_BE_REPLACED

The announcement by seven MPs from the UK Labour Party on Monday that they were breaking away and creating a new parliamentary faction marked the biggest internal upheaval in a British political party in nearly 40 years, when the SDP split from Labour.