Pelosi Sabotages Medicare for All, But Corporate Media Pretend Not to Notice

– Glen Ford , BAR executive editor
When the top Democrat secretly plots to subvert a proposal supported by the vast majority of her party, that’s supposed to be news — unless the corporate media decide otherwise.</p

– Margaret Kimberley , BAR editor and senior columnist
The ever-rightward moving Democrats are using their most reliable constituency to thwart Sanders.

END_OF_DOCUMENT_TOKEN_TO_BE_REPLACED

Group of 16 countries to coordinate actions at UN in defense of Venezuela
http://tass.com/world/1044783

END_OF_DOCUMENT_TOKEN_TO_BE_REPLACED 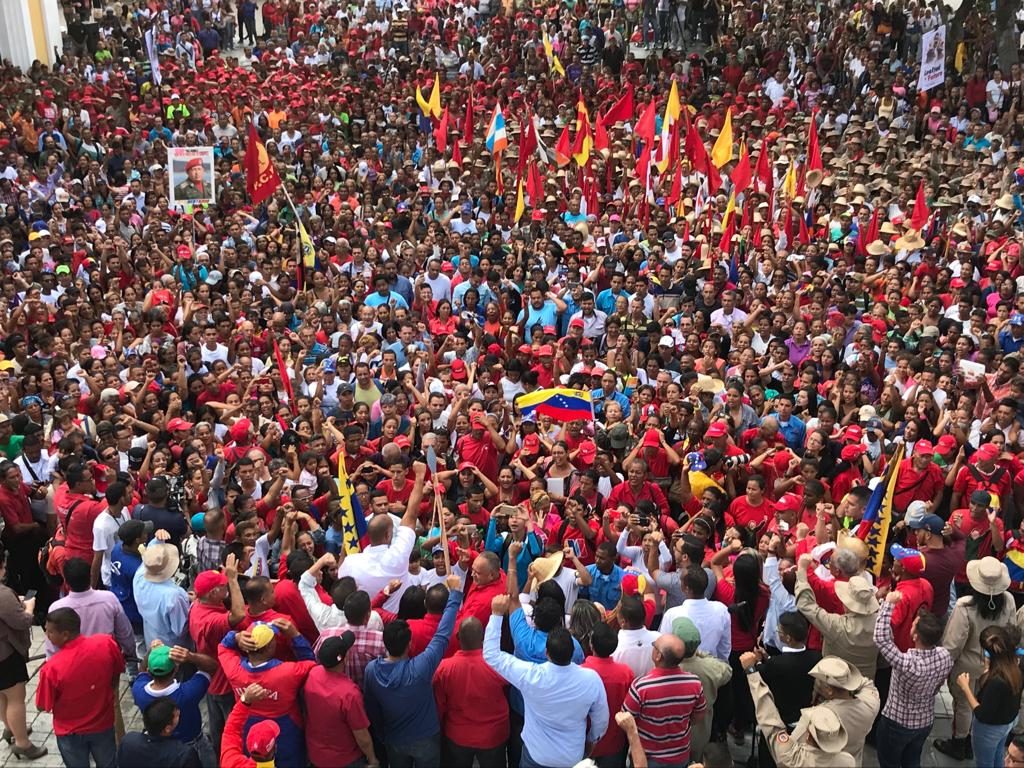 END_OF_DOCUMENT_TOKEN_TO_BE_REPLACED

Mobile and wireless technologies are a ubiquitous feature of modern life. Most U.S. adults own smartphones, a growing proportion are “smartphone-only” Internet users and over a fourth report being online “almost constantly.” As for children, a 2014 survey of high-income nations reported that almost seven in ten children used a mobile phone, and two-thirds of those had a smartphone, usually by age 10. As described by Nielsen, it is now as common to see “a kid with a smartphone in their hand” as it was to see “a kid playing with a yo-yo in the years before the digital age.”

END_OF_DOCUMENT_TOKEN_TO_BE_REPLACED

In 1934, the political situation in France was tense and uncertain. The year began with a mobilization of royalist and fascist militias (on February 6) that were followed immediately (on February 9 and 12) by a response from the Communist and Socialist wings of the workers movement. As Norbert Guterman and Henri Lefebvre reported, “all these men are ready for the concrete liberation a revolution would bring – and perhaps also, unfortunately, the mystique and brutal mythology of the fascists” (1999 [1936], 143, trans. SK). When these lines were written in the mid-1930s, France was experiencing a rising tide of grassroots anti-fascist politics culminating in the strike waves of the early days of the Popular Front government. Yet Lefebvre and Guterman’s warning was well-placed. The Popular Front disintegrated due to many contradictions, ultimately giving rise to Marshall Pétain’s collaborationist administration, France’s contribution to fascist regime politics.

END_OF_DOCUMENT_TOKEN_TO_BE_REPLACED

How can socialism be rejuvenated to ensure social parity, democratic processes, and environmental sustainability for humanity?

Introduction. In a previous article, I described Hans Baer’s essay “Toward Democratic Eco-Socialism as the next World System” as “an important contribution that merits study and discussion among all ecosocialists.”

Now Hans has written a book that both elaborates on the ideas he expressed in that essay, and outlines the views of a range of socialists on the struggle against capitalism and for an ecological civilization.

END_OF_DOCUMENT_TOKEN_TO_BE_REPLACED

By  Claire Edwards, BA Hons, MA –  worked for the United Nations as Editor and Trainer in Intercultural Writing from 1999 to 2017 writes the following appeal:

The first eight months of WWII with no fighting – was called The Phoney War. Using millimetre waves as a fifth-generation or 5G wireless communications technology is a phoney war of another kind.

This phoney war is also silent, but this time shots are being fired – in the form of laser-like beams of electromagnetic radiation (EMR) from banks of thousands of tiny antennas[1] – and almost no one in the firing line knows that they are being silently, seriously and irreparably injured.

END_OF_DOCUMENT_TOKEN_TO_BE_REPLACED

The international financial blockade imposed by the United States against Venezuela has caused the South American country to lose 350,000 million dollars in production of goods and services between 2013 and 2017, according to the research carried out by the Economic Debates Unit of the Latin American Geopolitics Strategic Center (CELAG).

END_OF_DOCUMENT_TOKEN_TO_BE_REPLACED

Flammable cladding similar to the material which had covered Grenfell Tower is still being widely used across the UK. The combustible cladding used on Grenfell was a significant factor in allowing the rapid spread of a small fire and creating toxic smoke with deadly consequences on June 14, 2017.

END_OF_DOCUMENT_TOKEN_TO_BE_REPLACED

As Haitians throughout the country seethe with rage over Jovenel Moise’s blatant corruption, gross mismanagement and numerous scandals, the neo-Duvalier era in Haiti that has largely been orchestrated by the U.S. is now in danger of finally falling apart.

END_OF_DOCUMENT_TOKEN_TO_BE_REPLACED

Protests have shut down large portions of Haiti since last Thursday, the 33rd anniversary of Jean-Claude “Baby Doc” Duvalier’s flight from the country as his regime collapsed.

The current protests are demanding a similar fate for President Jovenel Moïse, who in 2015 won an election in which only 20 percent of eligible voters turned out. Last July an attempt by Moïse’s government to cut fuel subsidies led to large protests and the resignation of his prime minister.

END_OF_DOCUMENT_TOKEN_TO_BE_REPLACED

In an exclusive interview with TRNN, Venezuela’s Foreign Minister Jorge Arreaza says Guaido has not accepted the Pope’s offer to negotiate since he is being directed by Washington (inc. transcript)

END_OF_DOCUMENT_TOKEN_TO_BE_REPLACED

Palestinians, the secular and women all face a harsher environment as theocratic tendencies are entrenched

In which country did a senior, state-salaried cleric urge his followers last month to become “warriors”, emulating a group of young men who had murdered a woman of another faith?

The cleric did so with impunity. In fact, he was only echoing other highly placed colleagues who have endorsed a book – again without penalty – urging their disciples to murder babies belonging to other religions.