In a report dated 1 March 2019, the Organisation for the Prohibition of Chemical Weapons (OPCW) attests to the fact that were never any prohibited chemical substances in Douma (Syria) during the attack of 7 April 2018. The reprisal tripartite bombing (United States, France, United Kingdom) was therefore unjustified. This scandal is exactly identical to the story of the bogus Iraqi weapons of mass destruction. It will be followed by many other items of fake news as long as the West continues to trust their medias. 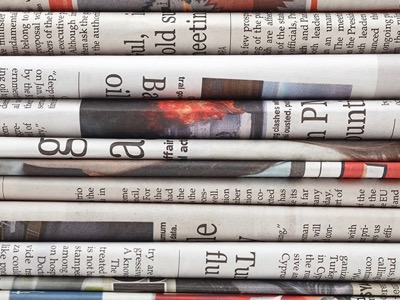 The behaviour of Western journalists is particularly strange – they copy the allegations made by their political leaders by treating them a priori as founded in truth, but do not take into account the contrary interpretations offered by many international instances. They reveal themselves to be incapable of questioning the fake news in which they wallow.

The justification for the destruction of Iraq

However, at the same time, the United Nations Monitoring, Verification and Inspection Commission (UNMOVIC) stated that there was no doubt that the allegations of Messrs Bush and Blair were false. This Commission was the only organisation which had been allowed access to Iraqi territory, and had been able to realise all the verifications it wanted. Neither the CIA nor MI6, which contradicted the Commission, had enjoyed such an opportunity.

Let’s remember, by the way, that Jacques Chirac’s France was opposed to the war on Iraq. But it chose to use the argument that « War is always the worst of solutions », and not the argument that the Anglo-Saxon accusations were clearly untrue, as the UNMOVIC had revealed.

Today, we remake History with films and TV series. We agree to admit that we have been tricked. But we pretend that the US and UK Intelligence services were manipulated by their political leaders, and that no-one had any way of knowing. This is untrue, and it is enough to study the Press of that time to see that they were all in league in their attempt to attempt to discredit the Director of the UN Commission, Swedish politician Hans Blix, who dared to stand up to to the greatest world power of that time. That is what the Chilcot Commission was supposed to establish, thirteen years later [1].

Identically, we never mention the accusations hurled by Colin Powell at the UNO Security Council [2], according which Oussama ben Laden was living in Baghdad en 2002, and that his lieutenants still lived there, busy making ricin. Since Iraq, they claimed, they were preparing attacks in France, the United Kingdom, Spain, Italy, Germany and Russia. There was therefore a state of emergency.

However, believing this rubbish supposes that one knows nothing about the Ba’ath party in power in Iraq. Thus, rather than admit their ignorance, the Western journalists preferred to forget the episode.

The complicity between the medias has not changed

Nothing has changed since the attack on Baghdad by the United States and their allies – the medias have lied once again, deliberately this time, in order to hide their previous involuntary lie. They all prefer to tell us how they were abused. Not one of them has admitted to professional misconduct by minimising the advice of UN experts.

Historians who have studied war propaganda have shown that those who seek war always build up an incredible quantity of proof and false witness accounts. Although all journalists recognise that « the first victim of war is Truth » (Rudyard Kipling), not one of them has yet tried to develop a method which would protect them from being intoxicated once again. And yet it’s quite simple – it’s enough to keep a cool head, and when everyone else gets excited, do not hesitate to swim against the current and do your job, always remembering to check your sources. This is what we have done, and it has earned us the title of « conspiracy theorists ».

The justification for the war against Syria

So, concerning the war on Syria, everyone continues to believe unquestioningly that the events began as a « revolution against a dictatorship », and that the « régime » had responded by « massacring its own people » using « tortures », « barrel bombs » and « chemical weapons », which forced the population to turn to violence. All of this is either stupid (as was the case of the phoney invitation of Oussama Ben Laden by President Saddam Hussein), or else denied by various international missions (as with the UNMOVIC).

The La « revolution against the dictatorship » has been formally contradicted by the only organisation capable of judging the situation – an international mission by the Arab League which was authorised to travel everywhere in Syria, and which had the personnel numerous enough to cover the whole territory (24 December 2011 to 18 January 2012) [3]. But journalists always prefer to believe Western governments rather than the organisations which have the means of verifying.

The photographs of people who died under « torture », blamed on Syria by the Caesar Report, are in reality photographs of people who died under torture by the jihadists. We only need to think for a moment – Caesar declared he took them for the Syrian Arab Army, but did not know the identity of the dead. What purpose could it serve for Damascus to establish a photographic file with absolutely no information on the victims?

The « barrel bombs » are a legend which is equally stupid – why would the Syrian Arab Army use hand-made bombs when it possesses sophisticated bombs supplied by Russia?

After the Iraqi weapons of mass destruction,
the Syrian chemical weapons

The most interesting point here is the accusation of the use of chemical weapons. The Organisation for the Prohibition of Chemical Weapons (OPCW) handed in its report on 1 March 2019. It had been tasked with establishing the truth about the alleged attack of 7 April 2018 in Douma, which was unilaterally sanctioned by the bombing of Syria by the United States, France and the United Kingdom the following week. The OPCW report is a pearl. Although it does not say so explicitly, it confirms point by point that the whole affair is a montage.

Let’s note that after the attack on the Ghouta five years earlier, Syria joined the Chemical Weapons Convention. Its stocks of chemical weapons had been stored under guard, then destroyed by the United States and Russia, under the control of the OPCW. Pretending that Damascus still possessed chemical weapons after this work of destruction is above all contesting the work accomplished by the Hague, Moscow and Washington.

In 2018, the State Department claimed that it had credible proof of the « use of Sarin gas by Syria » against the « democrats », while Russia denounced a spectacle commanded by the United Kingdom. The British Minister for Foreign Affairs, Boris Johnson, played his indignation with a straight face, railing against these « grotesque, bizarre accusations », and this « flagrant lie ».

However, the attack was alleged by three sources, all of them British – the White Helmets (a NGO controlled by MI6), the Syrian Observatory for Human Rights (a shopfront for the Muslim Brotherhood with Intelligence by MI6), and the Army of Islam (an armed group founded by Zohran Allouche, whose entire family lived in London in a luxurious residence guarded by the police). The mission of the OPCW, blocked by the Army of Islam, was to count the bodies of the victims and autopsy them. It was not authorised to enter Douma until after they had been « incinerated » – an unbelievable treatment for the bodies of Muslims, and not justified from a sanitary point of view. According to the OPCW, the samples taken attest to the fact that no prohibited chemical substance had been used in Douma. None.

However, the organisation admits that two shells may have been fired on the site of the alleged contamination, and that they may have contained a chlorinated toxic substance. Chlorine disperses in the open air. It can only kill in a confined space. This is why it has never been listed as a prohibited weapon, and is used by everyone as a household cleaning product.

Let’s also note that the Army of Islam (Jaych al-Islam) is the « democratic » organisation which decapitated, with production-line efficiency, « Bachar’s dogs » (meaning the Syrians who refused to vilify the heretic President Bachar el-Assad) [4]). It won celebrity by condemning to death the Syrians found guilty of homosexuality and throwing them off the rooftops. It was the Army of Islam’s chief, Mohamed Allouche, supported by the Western powers, who presided the delegation of the « moderate opposition » at the UNO negotiations in Geneva.

In short, the bombing of Syria by the United States, France and the United Kingdom was not only a violation of international Law, but was also unjustified.

The treatment of the OPCW report by the Press

If the Western Press were honest, it would have published a faithful rendition of the OPCW report. This was not the case. The Anglo-Saxon journalists remained curiously silent, only mentioning the information in passing. Their French counterparts were more specious.

They stated that in the past, a report by the OPCW/UN Joint Mechanism had confirmed the use of chemical weapons by Syria. But they omitted to note that the UN Security Council had rejected this report because the Mechanism had not respected the rules of the OPCW.

Others pretended that the mission had established the use of chlorine in Douma. They forgot to specify that the OPCW considered it probable that a toxic agent containing chlorine was used as a weapon, and was possibly dispersed by two shells. They especially avoided mentioning that in the open air, chlorine is not a lethal poison, but an irritant – the reason it is not classified as a prohibited chemical weapon.

You are probably wondering why these Press articles escaped your notice, and why you have never heard any apologies from Mrs. May and Messrs. Macron and Trump? Simply because the Press is not doing its job of informing the public, and the Western leaders are without honour.
Thierry Meyssan
Translation
Pete Kimberley

[1] The Chilcot Commission concerning the entry of the United Kingdom into war with Iraq was ordered by British Prime Minister Gordon Brown. It dissected the lies of the government of Brown’s predecessor, Tony Blair, and handed its report only to the next Prime Minister, David Cameron.

[3] The Mission of the Arab League was interrupted as soon as it published its first report, judged to be too favourable to Syria, which had already been found guilty: “Report of the Head of the League of Arab States Observer Mission to Syria for the period from 24 December 2011 to 18 January 2012”, Voltaire Network, 2 February 2012.

[4] Bachar el-Assad is an Alawite. Alawism is a syncretist Muslim religion which believes that the prophet Ali is a reincarnation of Christ. They accept as revealed only those principles which are present in both the Gospels and the Coran. The Muslim Brotherhood, which aims to oppose Christians and Muslims, judges them as heretics who deserve death.