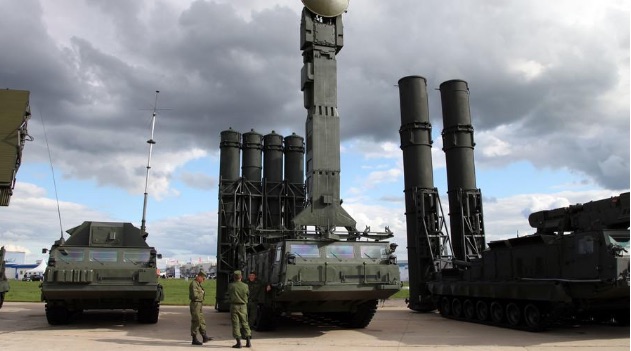 Crucially the Russian An-124 transport plane which touched down in Caracas on Saturday carried no less than Russian General Vasily Tonkoshkurov, identified as chief of the Main Staff of the Ground Forces and First Deputy Commander-in-Chief of the Land Forces of Russia, accompanied by 99 servicemen and 35 tons of cargo.

As we reported the flight came just days after a high-level meeting in Rome last week, during which Russia reiterated a grave warning to the US – Moscow will not tolerate American military intervention to topple the Venezuelan government with whom it is allied – thus it appears Russia is taking no chances with its South American ally.

One of those warnings delivered directly by Russia’s deputy foreign minister Sergei Ryabkov to US “special envoy” on Venezuelan affairs Elliot Abrams is understood to have been that no American military intervention in Venezuela will be tolerated by Moscow. 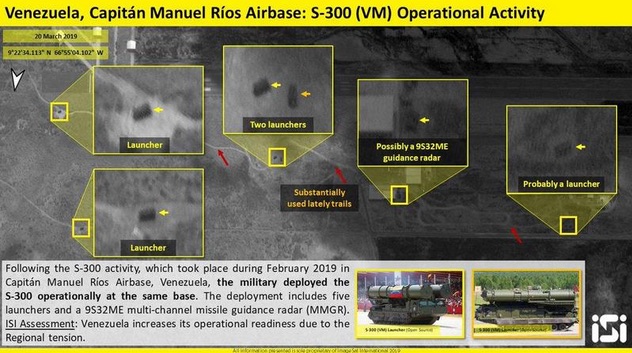 The professional monitoring service Image Satellite International (or Image Sat) has published satellite imagery it analyzed, showing additional S-300 missiles that have been deployed to the Captain Manuel Rios Airbase in the Guarico state of Venezuela.

No doubt, the timing of the S-300 redeployment is purposeful, meant to send a strong message to Washington, though it remains unclear just how active the Russian military will be in Venezuela.

Perhaps paralleling the Syria situation, this could be the start of a scenario where the greater the proxy action and threats from the United States, the more Russia will slowly intervene at the behest of Maduro.

All of these developments signaling closer Russian-Venezuelan military-to-military cooperation in the face of Washington saber rattling come after three months ago the two allies held military exercises on Venezuelan soil, which the US at the time had condemned as Russia encroachment in the region. (sic)

But now with a high level Russian commander on the ground, and with Russian-made S-300s under the control of Maduro forces, it is unlikely that the US will act forcefully following the failed coup attempt of the past two months.