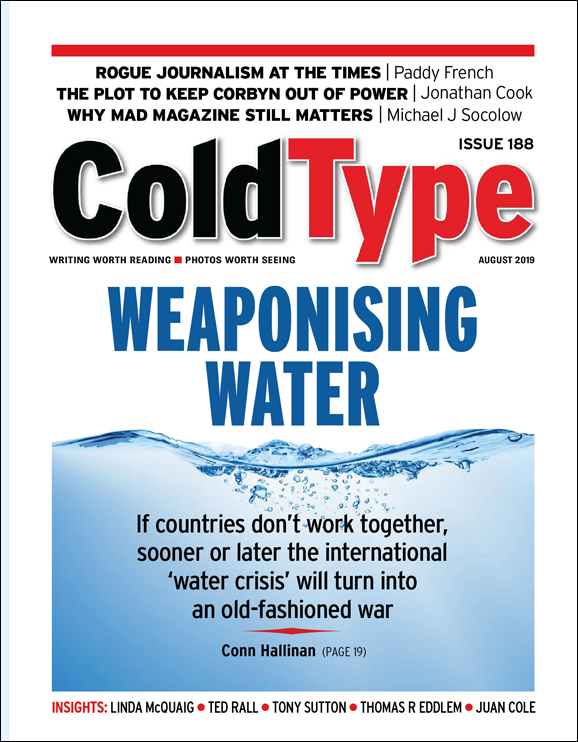 WATER AND OTHER WARS: Cover story is Conn Hallinan’s timely warning of the world’s next resource war which is developing in South Asia. While it may not affect the West right now, the regional conflict over water supplies offers a worrying insight into global disorder. Our other war stories are Paddy French on rogue reports on UK Muslims at Rupert Murdoch’s Times newspaper, Thomas R Eddlem on continuing military deployments to Iraq, and Kit Knightly on the media freedom conference that banned journalists. Other stories include Linda McQuaig on Canada’s fraudulent climate plan, CJ Hopkins on the United States of Fascist Hysteria, and Jonathan Cook on the plot to keep Jeremy Corbyn out of power. We also have a war reporter who was also a revolutionary, and explain why Mad magazine is still important. Plus we have a magnificent photo essay by Liu Heung Shing on 40 years of change in China and Russia. And much more

All 188 issues of ColdType are available at
www.issuu.com/coldtype