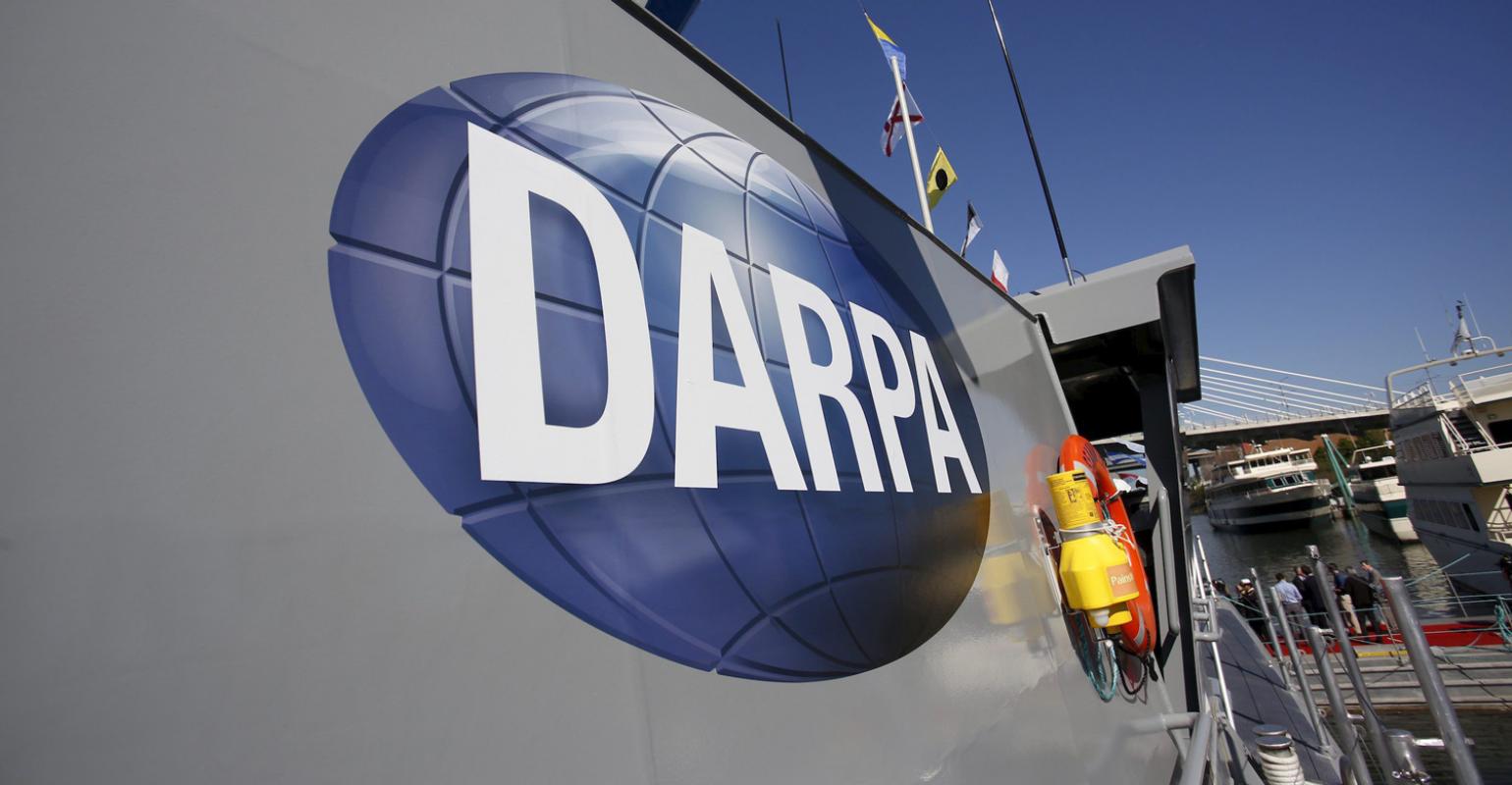 If you want a vision of the future, don’t imagine “a boot stamping on a human face — for ever,” as Orwell suggested in 1984. Instead, imagine that human face staring mesmerized into the screen of some kind of nifty futuristic device on which every word, sound, and image has been algorithmically approved for consumption by the Defense Advanced Research Projects Agency (“DARPA”) and its “innovation ecosystem” of “academic, corporate, and governmental partners.”

The screen of this futuristic device will offer a virtually unlimited range of “non-divisive” and “hate-free” content, none of which will falsify or distort the “truth,” or in any way deviate from “reality.”

Western consumers will finally be free to enjoy an assortment of news, opinion, entertainment, and educational content (like this Guardian podcast about a man who gave birth, or MSNBC’s latest bombshell about Donald Trump’s secret Russian oligarch backers) without having their enjoyment totally ruined by discord-sowing alternative journalists like Aaron Maté or satirists like myself.

“Fake news” will not appear on this screen. All the news will be “authentic.” DARPA and its partners will see to that. You won’t have to worry about being “influenced” by Russians, Nazis, conspiracy theorists, socialists, populists, extremists, or whomever.

Persons of Malicious Intent will still be able to post their content (because of “freedom of speech” and all that stuff), but they will do so down in the sewers of the Internet where normal consumers won’t have to see it.

Once that happens, their lives will be over (ie, the lives of the potentially extremist fools who have logged onto whatever dark web platform will still be posting essays like this, not the lives of the Persons of Malicious Intent, who never had any lives to begin with, and who by that time will probably be operating out of some heavily armed, off-the-grid compound in Idaho).

Their schools, employers, and landlords will be notified. Their photos and addresses will be published online. Anyone who ever said two words to them (or, God help them, appears in a photograph with them) will have 24 hours to publicly denounce them, or be placed on DARPA’s watchlist themselves.

Meanwhile, up where the air is clean, Western consumers will sit in their cubicles, or stagger blindly down the sidewalk like zombies, or come barrel-assing at you on their pink corporate scooters, staring down at the screens of their devices, where normal reality will be unfolding.

They will stare at their screens at their dinner tables, in restaurants, in bed, and everywhere else. Every waking hour of their lives will be spent consuming the all-consuming, smiley, happy, global capitalist Spectacle, every empty moment of which will be monitored and pre-approved by DARPA.

What a relief that will finally be, not to have to question anything, or wonder what is real and what isn’t. When the corporate media tell us the Russians hacked an election, or the Vermont power grid, or are blackmailing the president with an FSB pee-tape, or that the non-corporate media are all “propaganda peddlers,” or that the Labour Party is a hive of anti-Semites, or that some boogeyman has WMDs, or is yanking little babies out of their incubators, or gratuitously gassing them, or attacking us with crickets, or that someone secretly met with Julian Assange in the Ecuadorian embassy, or that we’re being attacked by Russian spy whales, and suddenly self-radicalized Nazi terrorists, or it’s time for the “International Community” to humanitarianly intervene because “our house is burning,” and our world is on fire, and there are “concentration camps,” and a “coup in Great Britain”…

…or whatever ass-puckering apocalyptic panic the global capitalist ruling classes determine they need to foment that day, we will know that this news has been algorithmically vetted and approved by DARPA and its corporate, academic, and government partners, and thus, is absolutely “real” and “true,” or we wouldn’t be seeing it on the screen of our devices.

If you think this vision is science fiction, or dystopian satire, think again. Or read this recent article in Bloomberg, “U.S. Unleashes Military to Fight Fake News, Disinformation.”

Here’s the lede to get you started …

Fake news and social media posts are such a threat to U.S. security that the Defense Department is launching a project to repel ‘large-scale, automated disinformation attacks’…the Defense Advanced Research Projects Agency (DARPA) wants custom software that can unearth fakes hidden among more than 500,000 stories, photos, video and audio clips. If successful, the system after four years of trials may expand to detect malicious intent and prevent viral fake news from polarizing society…”

What could be more reassuring than the knowledge that DARPA and its corporate partners will be scanning the entire Internet for content created with “malicious intent,” or which has the potential to “polarize” society, and making sure we never see that stuff? If they can’t do it, I don’t know who can.

They developed the Internet, after all.

I’m not exactly sure how they did it, but Yasha Levine wrote a book about it, which I think we’re still technically allowed to read.

Anyway, according to the Bloomberg article, DARPA and its corporate partners won’t have the system up and running in time for the 2020 elections, so the Putin-Nazis will probably win again.

Which means we are looking at four more years of relentless Russia and fascism hysteria, and fake news and divisive content hysteria, and anti-Semitism and racism hysteria, and … well, basically, general apocalyptic panic over anything and everything you can possibly think of.

Believe me, I know, that prospect is exhausting … but the global capitalist ruling classes need to keep everyone whipped up into a shrieking apoplectic frenzy over anything other than global capitalism until they can win the War on Populism and globally implement the New Normality, after which the really serious reality policing can finally begin.

I don’t know, call me crazy, or a Person of Malicious Intent, but I think I’d prefer that boot in the face. 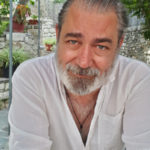 CJ Hopkins is an award-winning American playwright, novelist and satirist based in Berlin. His plays are published by Bloomsbury Publishing (UK) and Broadway Play Publishing (USA). His debut novel, ZONE 23, is published by Snoggsworthy, Swaine & Cormorant. He can be reached at cjhopkins.com or consentfactory.org

Feel free to come find him in Berlin and buy him a beer. He’s been known to frequent an assortment of extremely suspicious RUSSIAN establishments in Kreuzberg.