The Supreme Court has ruled against Boris Johnson’s proroguing of Parliament. Because of course they did, because they were always going to.

People all over the country are celebrating this ruling, but one can’t help but feel that comes from the perspective of not fully understanding what it could mean, down the line.

Essentially Britain, a country that famously has no official “constitution”, just a network of vaguely-agreed upon conventions, legal opinions and precedents, now has a Supreme Court which is willing, when invited to do so, to make decisions on policy.

This is very important – this legal finding is nothing to do with “legality”. Neither Johnson nor any member of his cabinet is accused of having actually broken the law.

They acted entirely within their prerogative and according to their legal authority. That is not being challenged.

What’s being challenged is whether or not they acted for the right reasons, or at the right time. These are obviously both highly subjective questions.

In fact, this hearing, a combined appeal, is entirely about legal opinion – mostly about whether or not the decision to prorogue parliament is even actionable under law.

To sum up the history:

Gina Miller, a private individual, brought a legal case to overturn the prorogue in the English courts. It was thrown out, with a judge claiming it was not subject to legal challenge (from the SC’s official summary below):

On 11th September, the High Court of England and Wales delivered judgment dismissing Mrs Miller’s claim on the ground that the issue was not justiciable in a court of law.

However, in a separate case, 75 MPs took a similar challenge before the Scottish courts. That court found (our emphasis):

the issue was justiciable, that it was motivated by the improper purpose of stymying Parliamentary scrutiny of the Government

So you see, the issue is not one of legality, but of opinion and motivation. Very dodgy areas for a court to be issuing precedents. Essentially the Scottish courts ruled that Johnson can’t prorogue Parliament, in this instance, not because he acted outside his legal authority, but because he did it for the wrong reason.

To absolutely no one’s surprise, the Supreme Court agreed with the Scottish court’s findings. To quote the official summary:

The power to prorogue is limited by the constitutional principles with which it would otherwise conflict.

The “constitutional principles” being invoked here are the sovereignty of Parliament, and Parliament’s duty to oversee the executive.

The Supreme Court has ruled that though the Executive (the Prime Minister) has the legal power to prorogue the legislative (Parliament), his use of those powers in this instance, is improper.

Do you see why that might be a problem?

Essentially, it is now a precedent – in a country who’s entire legal foundation is built upon precedent – that a private individual (in this case Gina Miller) can invite the Supreme Court to reverse decisions of the elected executive IF they deem the PM’s motivation to be improper.

That’s all very well and good, some might say, because we currently have a heinously incompetent, brutally unpleasant, right-wing Tory government.

However, that will not always be the case.

Imagine if Jeremy Corbyn (or some other left-winger) were to become PM. How long would it be before his power was undermined in this fashion?

“Ah, no” – some will argue – “this case is a one-off because Johnson was going against the constitution”.

Which would be a fair point except – as I have previously pointed out – the UK has no constitution. They have a the Bill of Rights act of 1688, they have Human Rights Act of 1998, the UDHR and ECHR and a spiders web of interlinked legal precedents. There’s no single codified document, and as such our “constitution” is subject to interpretation on a case-by-case basis.

It is absolutely foreseeable, just as an example, that a governmental boycott of Israel could be ruled “unconstitutional” because it is “motivated by antisemitism” and therefore breaches UK’s “commitment to anti-racism”.

Or that a push to re-nationalise industry would be subject to legal challenge on the grounds it was “unconstitutional” by conflicting with the “British values of free enterprise”. (Don’t forget Richard Branson once sued the NHS, he would absolutely take Corbyn to court to protect Virgin Trains).

Then there’s the question of our actually leaving the EU, or the second Scottish independence referendum, both of which could now easily face legal challenges to (at best) delay, frustrate and obfuscate their execution.

In a country with no solid, written constitution, you need to be careful with precedents. This one feels important, and leave or remain, should it be a cause for celebration?

You can read the entirely summary here and decide for yourselves 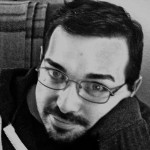 Kit Knightly is co-editor of OffGuardian. The Guardian banned him from commenting. Twice. He used to write for fun, but now he’s forced to out of a near-permanent sense of outrage.

One thought on “The Supreme Court, Proroguing & Dangerous Precedents Remainers celebrating the ruling need to consider the greater implications of a judiciary that enforces policy, not law”