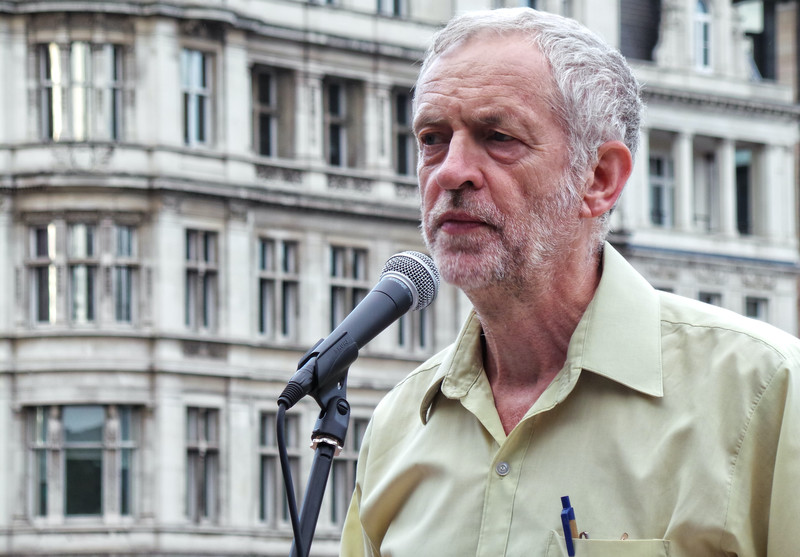 The UK’s Palestinian Return Centre revealed to The Electronic Intifada on Friday that it won more than $43,000 in libel damages against The Mail on Sunday.

In an out-of-court settlement, the newspaper has also agreed to pay legal costs, expected to total at least $120,000.

The paper admitted having defamed the Palestinian group last year, in the course of serializing a book about Labour’s then leader Jeremy Corbyn.

The London-based advocacy group campaigns for the right of Palestnians expelled by Israel since 1948 to return to their homes.

Tom Bower’s book Dangerous Hero: Corbyn’s Ruthless Plot for Power and the Mail’s serialization had both falsely alleged the group is “known to blame the Jews for the Holocaust.”

The Mail on Sunday has withdrawn the allegation, admitting that it stemmed “from misreporting of comments” by an audience member at a Palestinian Return Centre event.

In a separate move, Bower and his publisher HarperCollins in January withdrew the allegation which they admit is false and say they “regret making.”

Bower had “relied on a contemporaneous newspaper report” of the event in the House of Lords.

The false claim will not appear in any future printings of the book. It was removed before publication of the paperback in November.

The Palestinian Return Centre meeting which had been the subject of the original smear took place in October 2016.

It was a launch of the group’s campaign to pressure the British government to apologize for the 1917 Balfour Declaration.

The British imperial declaration started the long process of handing Palestine over to the European settlers who led the Zionist movement – at the expense of the indigenous Palestinians, who were forced out.

A formal investigation of the meeting in 2017 rejected claims by Israeli ambassador Mark Regev that the meeting had been anti-Semitic.

At least two of the original reports by right-wing, pro-Israel newpapers, which sought to smear the meeting as anti-Semitic cited a blog post by pro-Israel activist David Collier.

Collier falsely alleged that a person at the meeting had made comments amounting to declaring that “the Holocaust is a hoax.”

Collier has a long history of anti-Palestinian racism.

Yet he is also taken seriously by mainstream journalists and was the source for many of the “Labour anti-Semitism crisis” smears over the last five years.

At a 2016 panel discussion, he smeared and dehumanized “the Palestinian refugee” as “a weapon” which was “created as an artificial entity” against Israel and “the West.”

Collier echoed typical Islamophobic and anti-Palestinian language with concerns about “demographics” – a thinly-veiled code for the idea that too many Palestinian or Muslim babies are being born.

He has also written that for British-Palestinian students to campaign for their own human rights amounts to a Palestinian “invasion of the [British] university.”

While he was leader of Labour, Jeremy Corbyn was constantly smeared as an anti-Semite. This played a major role in his downfall.

In 2018, Corbyn was attacked by right-wing media and the Israel lobby for having spoken at a 2013 Palestinian Return Centre event.

The video above shows Corbyn speaking at another Palestinian Return Centre event the same year – an example of his longstanding and principled support for Palestinian rights.

The group – which is led by British-Palestinian refugees – has been targeted and smeared by the Israeli government for more than a decade.

A decade ago, Israel falsely alleged the group is an “affiliate” of Hamas – a Palestinian political party and resistance movement banned by Israel and the UK.

The Palestinian Return Centre’s director Majed al-Zeer is a refugee whose family was driven from their Jerusalem home in 1948 by a Zionist militia.

“We have done nothing wrong, nothing under the table,” al-Zeer told The Electronic Intifada in 2010. “It’s Palestine, and we will keep supporting the issue of Palestine.”