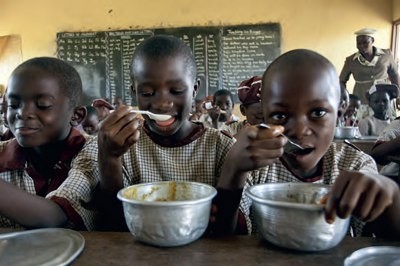 On November 10, 2020, UN Report:  International Organization of Migration – World Food Program Find Global Hunger and Population Displacement Could Surge as People on the Move and Those Relying on Dwindling Remittances  Seek Work to Support Their Families.

The Report Shows how the Pandemic has Driven up Food Insecurity and Increased Vulnerability Among Migrants, Families Reliant on Remittances and Communities Forced From their Homes by conflict, violence and Disasters.

“It begins with a mild fever and malaise, followed by a painful cough and shortness of breath.  This infection prospers in crowds, spreading to people in close reach.  Containing an outbreak requires contact tracing, as well as isolation and treatment of the sick for weeks or months.  This insidious disease has touched every part of the globe.   It is tuberculosis, the biggest infectious-disease killer worldwide, claiming 1.5 million lives each year.  Until this year, TB and its deadly allies, H.I.V. and malaria were on the run.  The toll from each disease over the previous decade was at its nadir in 2018, the last year for which data are available.  Tuberculosis is making a comeback around the world, along with H.I.V. and malaria, as the coronavirus pandemic disrupts treatments and diagnostic efforts.”

“Yet now, as the coronavirus pandemic spreads around the world, consuming global health resources, these perennially neglected adversaries are making a comeback.  ‘Covid-19 risks derailing all our efforts and taking us back to where we were 20 years ago,’ said Dr. Pedro L. Alonso, the director of the World Health Organization’s global malaria program…..The lockdowns, particularly across parts of Africa, Asia and Latin America, have raised insurmountable barriers to patients who must travel to obtain diagnoses or drugs….Fear of the coronavirus and the shuttering of clinics have kept away many patients struggling with H.I.V., tuberculosis and malaria, while restrictions on air and sea travel have severely limited delivery of medications to the hardest-hit regions.”

“If history is any guide, the coronavirus’s impact on the poor will be felt long after the pandemic is over.  The socioeconomic crisis in Eastern Europe in the early 1990s, led to the highest rates in the world of a kind of tuberculosis that was resistant to multiple drugs, a dubious distinction the region holds even today.  Dr. Giorgio Franyuti, the executive director of Medical Impact, based in Mexico stated:  “Nobody is testing for TB at any facility.  The mind of clinicians in Mexico as well as decision makers, is stuck with Covid-19.  TB is the biggest monster of them all.  If we’re talking about deaths and pandemics, 10 million cases a year, Covid doesn’t compare yet to that toll.”

Coronavirus tests are much more lucrative, at about $10.00 compared with 18 cents for a rapid malaria test.”

According to reports in the New York Times,  and multiple other sources, quoting doctors in Russian hospitals, in 1990, tuberculosis had been virtually eradicated in the Soviet Union, much to the chagrin of famous US philanthropists, since skilled medical care was available free to the entire population; but with the collapse of the Soviet Union, the excellent health care system they had built collapsed, along with the great country, and without proper medical care, and diminished health care facilities and  patient crowding in deteriorating hospitals, resistant strains of tuberculosis became epidemic.

AIDS became epidemic in Russia, and, according to a report of a panel of experts on drug addiction in Russia, following the collapse of the Soviet Union, Russia was flooded with heroin, and the rate of heroin addiction soared, one of the wonders of capitalism.  These scourges were so severe that by 1993-1994 the New Yorker and U.S. News and World Report published cover stories headlined:  “Is Russia Dying?”  Mr. Zbigniew Brzezinski gloated over his pivotal role in bringing about the collapse of the Soviet Union.  Was he also, no doubt,  elated at the number of tragic deaths of Russians as a consequence of his work?

It is now acknowledged that the poorest in the population, both in the USA, and throughout the world, are suffering the most from Covid-19, and lack the resources to treat it, and live in such cramped and squalid conditions that any possibility of “social distancing” is non-existent.  Thus, the recurrent surge of Covid-19 finds the worst fatalities among the most vulnerable, the poorest, the eldest, etc.

This entire course of events can be seen from another perspective, not so entirely different from that of observers of the Irish famine more than a century ago, during which England’s Lord Trevelyan, considering Catholic Ireland overpopulated, regarded the famine, which starved to death at least 1.5 million Irish citizens, a very effective means of reducing the Irish overpopulation:  “culling” the population, and although others regarded Trevelyan as a mass murderer for his policies which calculatedly starved 1.5 million Irish to death, he was honored in Britain.  Similarly, there are those fixated on reducing the global population, and from a cynical (or realistic) perspective, may regard Covid-19 as an effective method of “culling” the undesirable poor and people of color throughout the world.  While it is true that Covid-19 also infects some heads of state, and various celebrities, including the US President, these privileged ones have access to the best health treatment, and have the luxury of vast “social distancing” to protect their elite cohort.

While there is an enormous amount of attention given to the so-called lethal spread of the so-called lethal Covid-19, this may be a mask obscuring other benefits the oligarchy accrue from this current global pandemic, as earlier warned by the UN, the COVID is also being used to attempt to justify unwarranted “intrusive surveillance,” curfews, contact tracing and other methods of social control and repression  used by fascist police states.  There are numerous “conspiracy theories,” but as the gap between the miniscule few who each possess hundreds of billions of dollars, and the vast majority of people throughout the world  who are increasingly destitute and desperate economically,  these conspiracy “theories” bear increasing resemblance to reality.

Some organizations and groups fixated on global population reduction, (originally called “population control,” but later changed to the less provocative and controversial term, “population stabilization,”),  have no interest in the concept of distribution (implying equitable distribution of food and other resources, a concept dangerously close to socialism). These organizations, including the UN Population Fund have been implicated in forced sterilization of women in Peru, especially those who were poor, indigenous and spoke Quechua.  According to the BBC, one horrific example is Sabina Huilica of Lima.  She was quoted by the BBC that:

“’the nightmare started straight after she gave birth.’ ‘A nurse put me on a stretcher and tied my hands and feet.  I asked them to bring me my little baby girl but instead they anesthetized me.  When I woke up, the doctor was stitching my stomach.  I started screaming.  I knew I had been sterilized.’  Ms. Huillca was a victim of a family planning programme as a result of which thousands of women were forcibly sterilized.  In 1996  Reproductive Health and Family Planning Programme starts and Mamerita Mestanza dies following a tubal ligation she did not consent to….According to data released in 2002 by Peru’s Health Ministry, 260,874 women had forced tubal-ligation operations between 1996 and 2000.  Micaela Flores said she and other women were taken by lorries to a health centre.  ‘We all arrived innocent and happy, then we heard screams and I just ran.  She said the doors were padlocked, so she could not escape and that she was sterilized against her will.  Thousands of women have reported being harassed, threatened or blackmailed to undergo the procedure.”

“The pandemic has hindered the availability of drugs for H.I.V. TB and malaria worldwide by interrupting supply chains, diverting manufacturing capacity and imposing physical barriers for patients who must travel to distant clinics to pick up the medications….

People with H.I.V. and TB who skip medication are likely to get sicker in the short term. In the long term, there’s an even more worrisome consequence:  a rise in drug-resistant forms of these diseases.  Already drug-resistant TB is such a threat that patients are closely monitored during treatment—a practice that has mostly been suspended during the pandemic.  ‘This is really difficult to digest,’ Dr. Ditiu said.  It took a lot of work to arrive where we are.  We were not at the peak of the mountain, but we were away from the base.  But then an avalanche came and pushed us back to the bottom.”

In a cynical view of these deteriorations in global health, especially among the poorest, and people of color in the USA, Asia, Africa and Latin America, Covid-19 may assist the agenda of organizations fixated on “population control.”  While more than one million people globally have [allegedly] died of Covid-19 [based on questionable data], adding this together with the escalating deaths from the resurgence of TB, H.I.V. and Malaria, including an additional 10 million deaths or more, yearly from resurgent and resistant strains of TB, another 10 million deaths or more from resistant strains of H.I.V., and many million deaths, yearly from malaria, (potentially fatal illnesses previously declining, in all three instances), continuation of this deadly trend could result in the deaths of many millions of the poorest, most destitute people throughout the world, and could approach a half-billion deaths, if these trends do not reverse course.  That would accomplish the fervently desired “population control” or “population stabilization,” on which certain organizations and groups within the US and the United Nations are focused, and that result would have been enthusiastically hailed by the late Trevelyan, whose methods of population control included de facto mass murder of at least 1.5 million Irish.   Many of these “population control” organizations do not focus upon distribution,  the concept dangerously suggestive of socialist economic methods.  However, It is interesting that citizens of China, which has the largest population in the world, over one billion people, do not suffer from starvation, because their economic system, socialism, makes possible the availability of adequate food, health care and education on an equitable basis.

Carla Stea is a Research Associate of the Centre for Research on Globalization (CRG) and Global Research’s Correspondent at UN headquarters, New York.