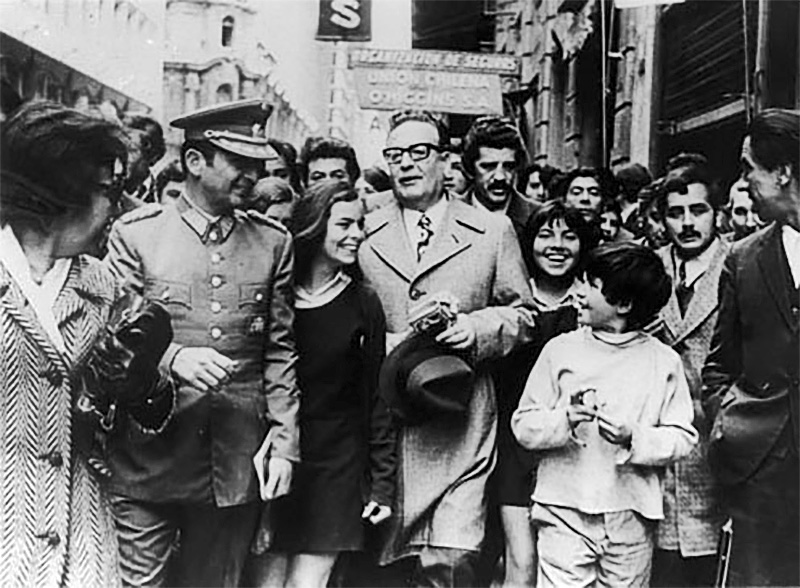 Washington D.C., November 3, 2020 — Several days after Salvador Allende’s history-changing November 3, 1970, inauguration, Richard Nixon convened his National Security Council for a formal meeting on what policy the U.S. should adopt toward Chile’s new Popular Unity government. Only a few officials who gathered in the White House Cabinet Room knew that, under Nixon’s orders, the CIA had covertly tried, and failed, to foment a preemptive military coup to prevent Allende from ever being inaugurated. The SECRET/SENSITIVE NSC memorandum of conversation revealed a consensus that Allende’s democratic election and his socialist agenda for substantive change in Chile threatened U.S. interests, but divergent views on what the U.S. could, and should do about it.  “We can bring his downfall, perhaps, without being counterproductive,” suggested Secretary of State William Rogers, who opposed overt hostility and aggression toward Chile.  “We have to do everything we can to hurt [Allende] and bring him down,” agreed the secretary of defense, Melvin Laird.

END_OF_DOCUMENT_TOKEN_TO_BE_REPLACED

Just weeks after the government announced disgraced TalkTalk CEO Dido Harding was appointed as the head of the government’s failed testing programme, it has been forced into making excuses to protect its latest decision over its choice of who should lead Britain’s vaccine taskforce. END_OF_DOCUMENT_TOKEN_TO_BE_REPLACED