Glen Ford, BAR Executive Editor
A significant portion of Black males are “contrarians” that take positions at odds with the general Black political consensus – while Black women tend to take the communal approach.

END_OF_DOCUMENT_TOKEN_TO_BE_REPLACED

We are happy to announce the release of the first video in our Iraq War Logs series, and we hope you can help by amplifying these messages on social media!

END_OF_DOCUMENT_TOKEN_TO_BE_REPLACED

Below is a guest post by Dr Mike Yeadon in which he urges MPs not to vote for a second lockdown.

END_OF_DOCUMENT_TOKEN_TO_BE_REPLACED

Finally, after much uncertainty, on the anniversary of the October Revolution of 1917, the numbers added up and US President Donald Trump found that — despite winning over 70 million votes — he would not be re-elected. His rival, Joe Biden, has been in public office for four decades and has a record that should not delude anyone. But this was less an election for Biden and more an election against Trump. More so, it was a popular vote against the neo-fascists around the world who take pleasure in Trump’s promotion of their repulsive agenda founded on racism, misogyny, and other wretched social features that privilege hierarchy over society. Trump’s defeat in the polls does not immediately impact people like Prime Minister Narendra Modi of India and President Jair Bolsonaro of Brazil, since both have seen climbing poll numbers despite their miserable performance during the pandemic. Nonetheless, their seam of highly toxic thinking is no longer going to be broadcast from the pulpit of the White House.

END_OF_DOCUMENT_TOKEN_TO_BE_REPLACED

Over the last 4 years we’ve taken the secretive US-UK trade talks and built a movement of opposition. This movement has seen campaign actions by farmers and foodies, doctors and nurses, climate campaigners and activists working to protect our rights online.

END_OF_DOCUMENT_TOKEN_TO_BE_REPLACED

Leaked emails seen by Good Law Project reveal that the Government suppressed an official report showing that one million rapid antibody tests it purchased from Abingdon Health were not fit for purpose.

END_OF_DOCUMENT_TOKEN_TO_BE_REPLACED 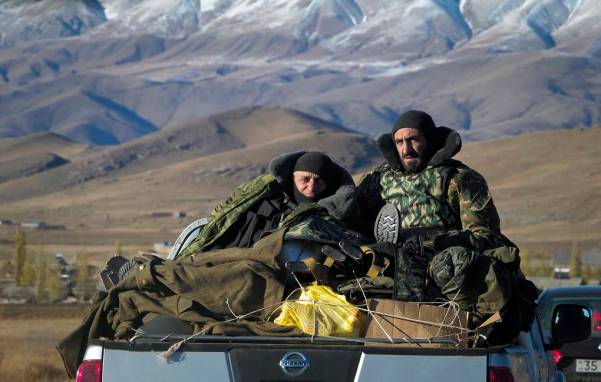 Armenian soldiers ride a car passing the border between Nagorno-Karabakh and Armenia near Vardenis, Sunday, Nov. 8, 2020.

The trilateral Armenia-Azerbaijan-Russia statement of November 10 on Nagorno-Karabakh is a major development in regional and international security. A daring attempt is afoot to tamp down an ethnic conflict with political overtones by redrawing territorial boundaries.