The race and class implications of the Police, Crime Sentencing and Courts Bill are massive and go beyond the right to protest, says Liz Fekete in the lead piece this week on IRR News. Back in the 1980s, Liz Fekete was a researcher on the IRR’s seminal report Policing Against Black People and she draws on her long involvement supporting campaigns for police accountability not only to dissect the Bill, but to bring historical context. She draws parallels between Margaret Thatcher’s use of the police to enforce industrial relations policies in the 1980s and the present government’s apparent need to keep a lid on disaffection and revolt in austerity-impoverished, multicultural inner-city neighbourhoods. But historical parallels reveal differences too, particularly in terms of police accountability. The imposition, under the Bill, of a new public duty on statutory agencies to support a multi-agency approach to preventing and tackling serious violence, further blurs the borders of policing as such agencies will inevitably become more integrated into policing.

In our regular calendar on racism and resistance, issues of police accountability once again come to the fore. Campaigners have exposed the way in which the Met police mention black criminals disproportionately in their media feeds, perpetuating racist narratives about black criminality, and identified a plan for the future of policing by HM Inspectors which would lead to bans on assemblies, more covert intelligence gathering, increased use of facial recognition technology and expanded use of stop and search.

Two historical publications relating to racism are available this week: in a challenging unique piece of historical recovery, Samuel Furé Davis shows in a Race & Class article ‘Garvey-Rodney-Marley: a Pan-African bridge over Cuba’ the legacy of Pan-Africanism and Black Power on the island, where it has been for so long taboo to discuss ‘colour’. And ‘Roots of Racism’, a path-breaking and highly popular booklet first published by IRR forty years ago, is now, in response to public demand, available as a free download. 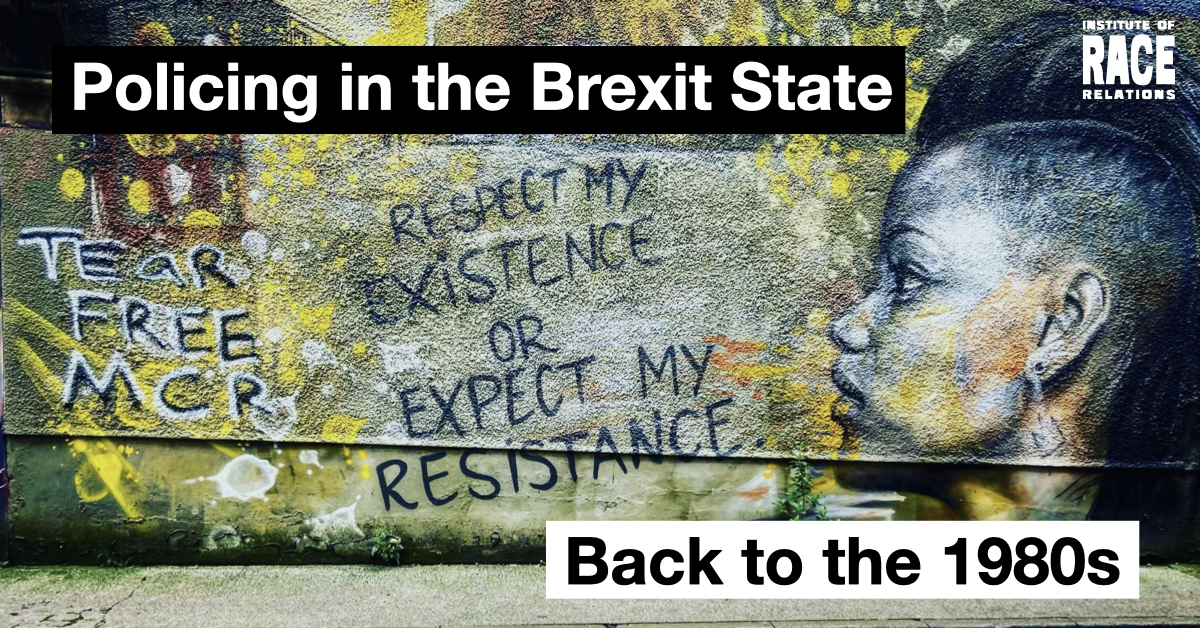 A longstanding policing analyst, Liz Fekete examines the huge race and class implications of the Police, Crime Sentencing and Courts Bill that go beyond the right to protest. 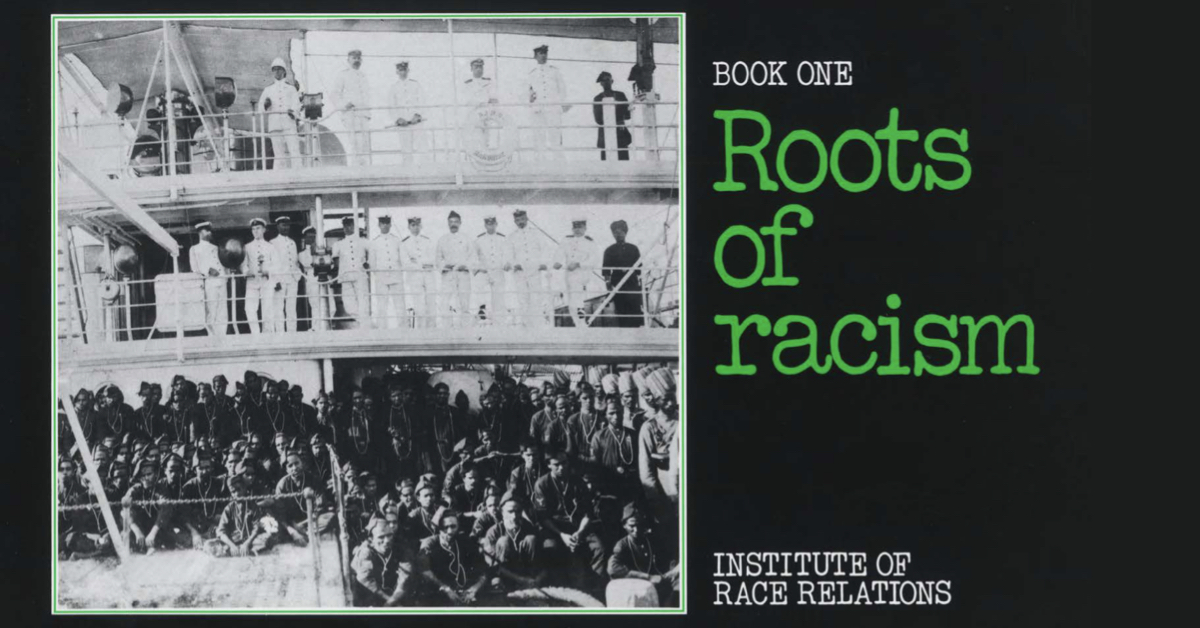 In response to the increasing demand from young students to re-evaluate Britain’s true ‘Island Story’ and the growing politicised opposition to the objective (re)telling of slavery and colonialism, we are delighted to release a digital version of our pioneering educational booklet, ‘Roots of Racism’ for free download. 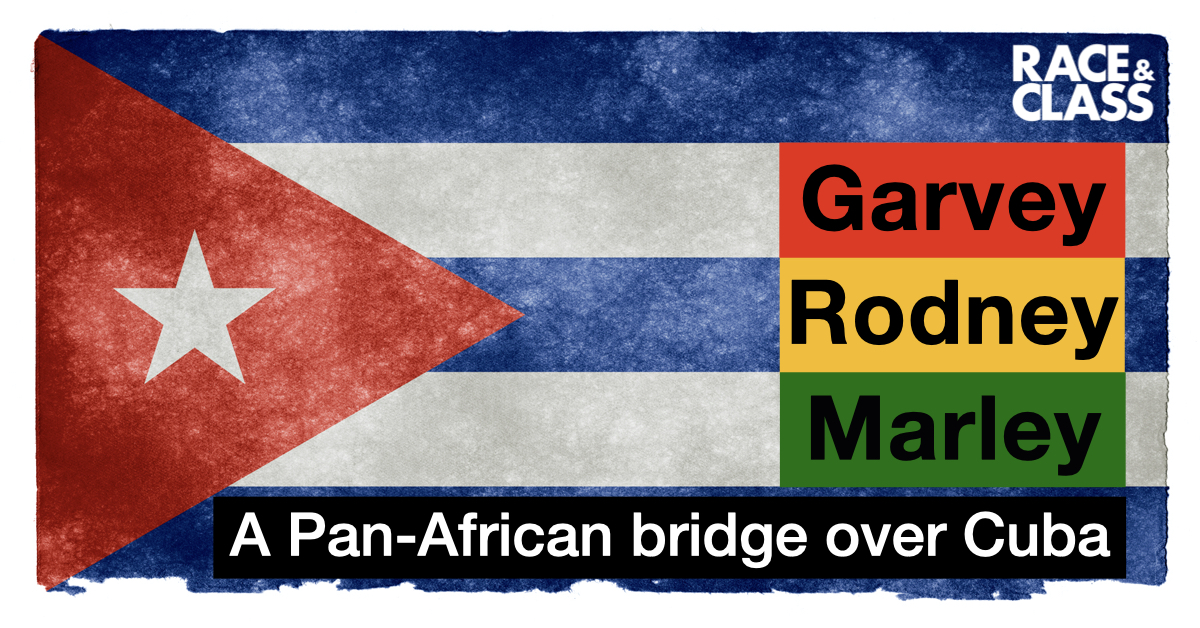 In ‘Garvey-Rodney-Marley: a Pan-African bridge over Cuba’, Samuel Furé Davis shows the legacy of Pan-Africanism and Black Power on the island, where it has been for so long taboo to discuss race. Read a press release on our website. 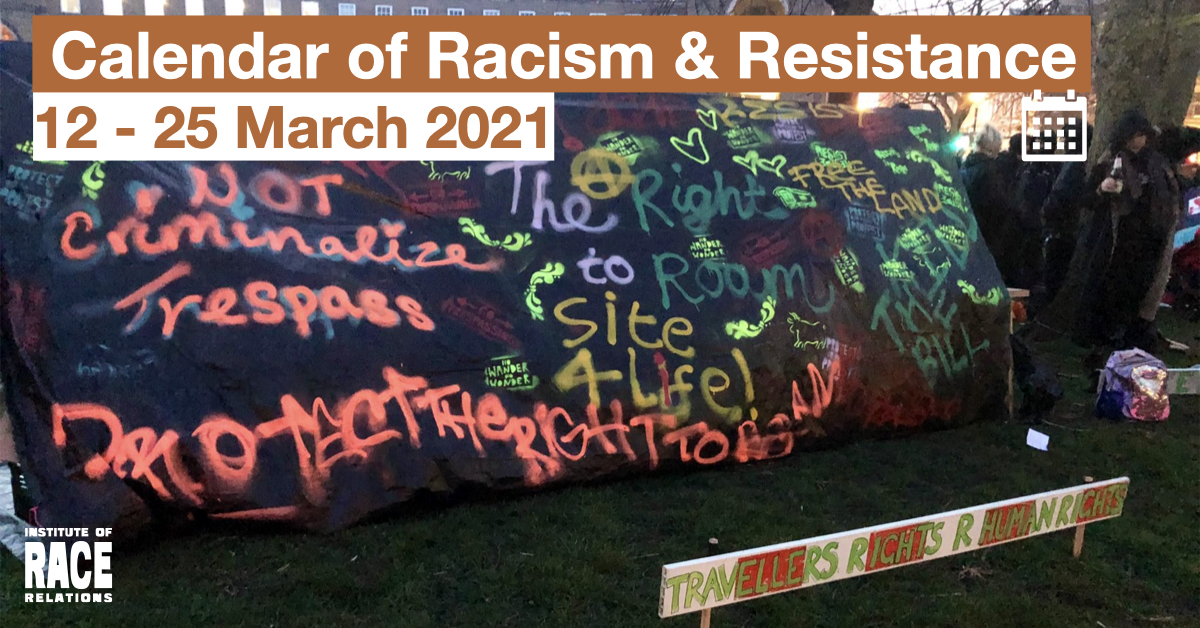 This week’s calendar includes reports on actions against the Police, Crime Sentencing and Courts Bill, with police violently breaking up a peaceful sit-down protest in Bristol.

Two more episodes are now available on the Surviving Society Podcast discussing the special Race & Class issue Race, Mental Health, State Violence. Eddie Bruce-Jones discusses deaths in custody and the Angeolini Review, whilst Tarek Younis talks about his crucial article, the psychologisation of counter-extremism, unpacking PREVENT. Listen to all their episodes, including an interview with IRR Director Liz Fekete, here. Plus, last week, our Chair Colin Prescod spoke to Still We Rise podcast about the fallout from the Harry and Meghan interview and his first encounter with Boris Johnson.