Getting the facts out quickly about far-right violence is one of the things that motivates us to bring out IRR News, with our fortnightly calendar of racism and resistance a continuation of IRR’s role as a place of record documenting Europe’s white supremacist movements. This long monitoring experience has taught us that wars abroad provide opportunities for neo-Nazis to join up as ‘foreign fighters’ with battlefield experience subsequently brought back home and channelled into ‘race war’. This was true after the war in Vietnam (where some Vietnam veterans invigorated white power movements in the 1980s); true during the Balkans wars of the 1990s (European fascists provided material support for Serbian terror in Bosnia and glorified the ethnic cleansing of Muslims at Srebrenica) and it is true today, with neo-Nazis from Europe and the US joining ultra-nationalist and neo-Nazi Ukrainian militia, such as the Azov Battalion.

The subject of war, in physical, linguistic and ideological form, features prominently in this week’s calendar, where we draw attention to warlike acts closer to home, directed against LGBTQ+ and Muslim communities. In Spain seven members of an ultra-right movement, one of whom is suspected of involvement in an attack on a LGBTQ association building, were arrested; in the UK the trial of four alleged fascists from Keighley and from Anglesey accused of having carried out offences under the Terrorism Act opened at Sheffield Crown Court; in Poland a far-right activist, found in possession of weapons, explosives and toxic substances received a five-year prison term for plotting a bomb attack on a mosque.

Extreme-right party politicians as well as the New Right contribute to the creation of conflict narratives, through a very specific vocabulary (think of ‘war on woke’ and ‘culture wars’). In the run-up to last Sunday’s general election in Portugal, the far-right Chega party, which now has 12 seats in parliament, launched a war of words against the Roma and those in receipt of welfare benefits. Meanwhile, US libertarian donor networks promoting culture wars and the war on woke, are coming to the UK – our monitoring has been extended to reflect such developments. 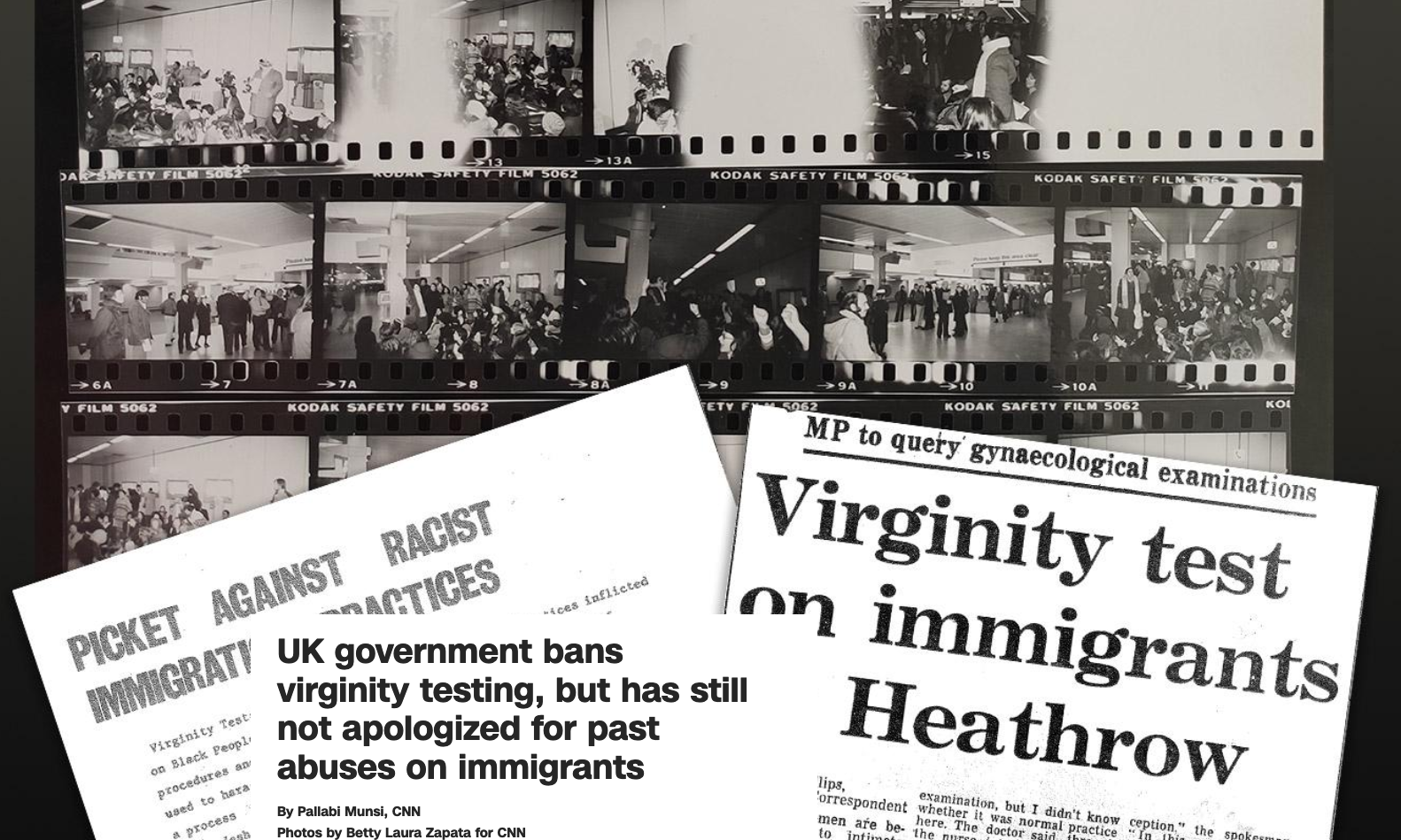 This week in 1979, Awaz (UK Asian women’s collective) and OWAAD (Organisation of Women of African+Asian descent) organised a powerful picket at Heathrow, protesting the horrific virginity tests, which some migrant women were subject to by immigration services on arrival to the UK. With the UK government recently announcing it will ban hymenoplasty, the IRR shared resources from it’s Black History Collection with CNN for a feature on abusewhich the government has never apologised for.

You can also watch a short clip taken from our 1982 Struggles for Black Community series discussing this often forgotten history on our Youtube channel. 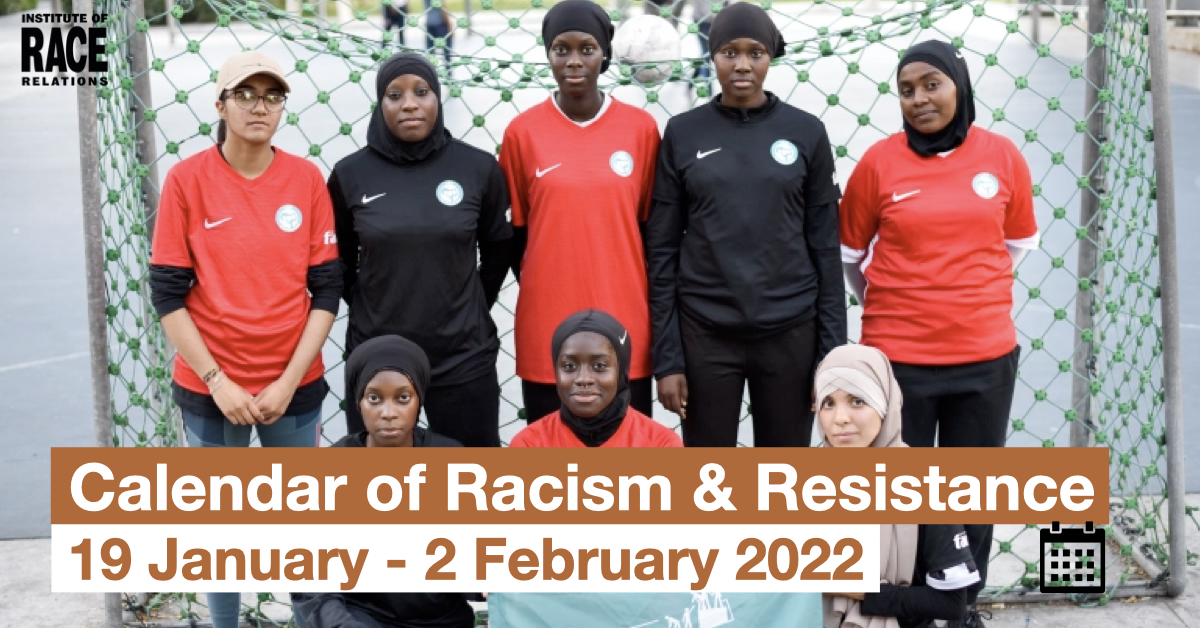 In this week’s calendar, we document resistance across Europe, including a protest against a recent vote in Parliament to ban the wearing of religious symbols during sports events in France led by Hijab-wearing football players, whilst hundreds of outsourced porters, cleaners and caterers go on a two-week strike in three hospitals in London.

Race and Class Out Now Lessons from Cedric Robinson

The latest edition of Race & Class is out now and available to order. The lead article, ‘Out of the cauldron: lessons from Cedric Robinson’ is a transcript of a discussion between US and UK thinkers, writers and activists on the continued significance of Robinson’s work and his formative relationship with the IRR. It also features articles on big tech, Afghanistan, the US-China relationship and a UK commentary on policing during the Covid-19 pandemic.

If you have recently purchased a copy from us, it’s on its way. 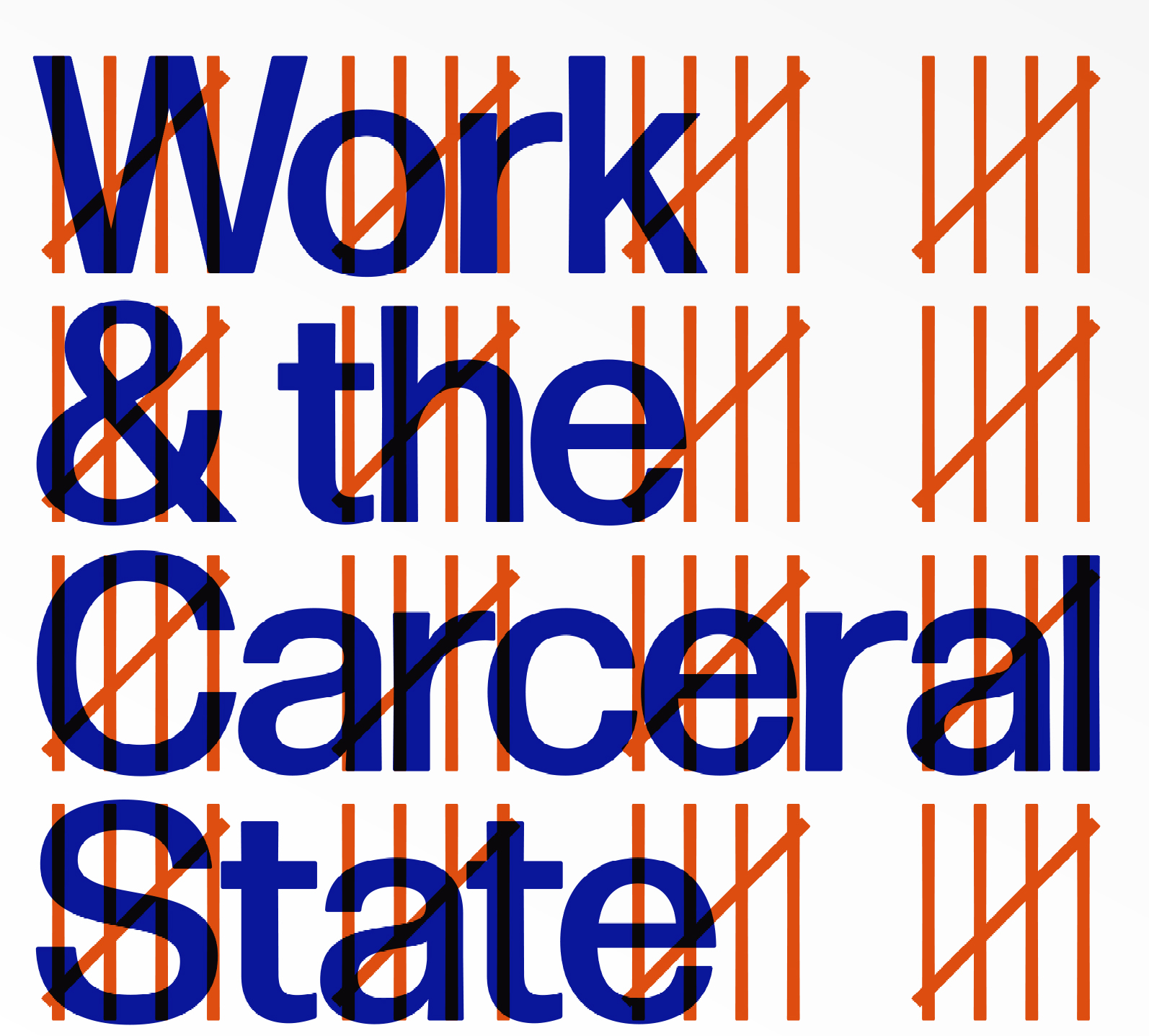 An important new book by former IRR researcher Dr. Jon Burnett has just been published by Pluto Press. Work and the Carceral State examines the millions of hours of labour carried out in prisons and immigration removal centres, as part of a broader exploration of the relationship between criminalisation, criminal justice, immigration policy and labour. This book demands that we recognise the carceral state as operating at the frontier of labour control in the 21st century.

Pluto are kindly offering a 40% discount to all IRR News subscribers. Enter the promo code IRR40 at checkout.