Two days ago we looked at why Russia is doing what it does:

Russia understood Zelensky’s remark in Munich as a threat by Ukraine to acquire nuclear weapons. It already has the expertise, materials and means to do that.

A fascist controlled government with nukes on Russia’s border? This is not about Putin at all. No Russian government of any kind could ever condone that.

I believe that this credible threat, together with the artillery preparations for a new war on Donbas, was what convinced Russia’s government to intervene by force.

The ‘west’ had failed to understand Russia’s need to act. It has failed to make the necessary commitments, and accept Russia’s reasonable demands, to avoid the struggle. In consequence it will now fall apart. The knee-jerk reaction to Russia’s ‘special military operation’ in Ukraine will, as Alastair Crooke writes, lead to the end of the ‘liberal order’:

So Biden, finally, has his foreign policy ‘success’: Europe is walling itself off from Russia, China, and the emerging integrated Asian market. It has sanctioned itself from ‘dependency’ on Russian natural gas (without prospect of any immediate alternatives) and it has thrown itself in with the Biden project. Next up, the EU pivot to sanctioning China?

Will this last? It seems improbable. German industry has a long history for staging its own mercantile interests before wider geo-political ambitions – before, even, EU interests. And in Germany, the business class effectively is the political class and needs competitively-priced energy.

Whilst the rest of the world shows little or no enthusiasm to join with sanctions on Russia (China has ruled out sanctions on Russia), Europe is in hysteria. This will not fade quickly. The new ‘Iron Curtain’ erected in Brussels may last years.

But what of the unintended consequences to last Saturday’s ‘sanctions Blitzkrieg’: the ‘unknowable unknowns’ in Rumsfeld’s famous mantra? The unprecedented switch-off affecting a key part of the Globalist system did not download into a neutral, inert context – It developed into an emotionally hyper-charged atmosphere of Russophobia.

Now reality comes back to bite the inept minions who attempt to rule over us. 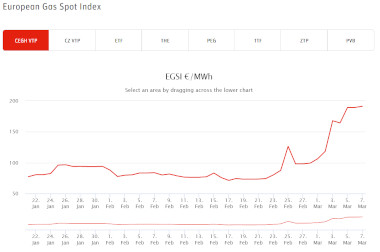 Europe can not sustain this, Russia can:

In sum, the changes set out by von der Leyen and the EU, with surging crude oil costs, could potentially tip global markets into crisis, and set off spiraling inflation. Cost inflation created by energy costs spiraling higher and food disruptions are not so easily susceptible to monetary remedies. If the daily drama of the war in Ukraine starts to fade from public view, and inflation persists, the political cost of von der Leyen’s Saturday drama is likely to be European-wide recession.

“Since well before the Russian invasion of Ukraine, Europeans have been struggling under the weight of runaway energy bills”, OilPrice.com notes. In Germany, for some, one month’s energy costs the same as they used to pay for a whole year; in the UK the government has raised the price cap for energy bills by a whopping 54%, and in Italy a recent 40% domestic energy cost hike could now nearly double.

The New York Times describes this impact on local businesses and industries as nothing short of “frightening”, as all kinds of small businesses across Europe (prior to last week’s events) have been forced to cease their operations as energy costs outweigh profits. Large industries have not been immune to sticker shock either. “Almost two-thirds of the 28,000 companies surveyed by the Association of German Chambers of Commerce and Industry this month rated energy prices as one of their biggest business risks … For those in the industrial sector, the figure was as high as 85 percent.”

And it is not only Europe. Energy prices are based on global markets. As are the prices for many other minerals and metals which have suddenly become rare: 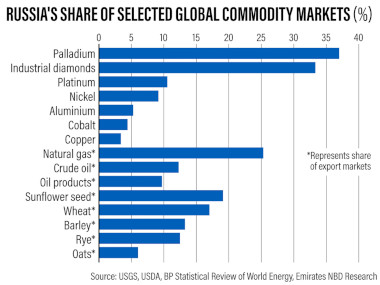 The U.S. will be hit just as much as Europe. Early today oil prices in Europe hit $139 per barrel, well above last week’s market close. They will increase further. Gasoline prices in the U.S. will soon hit $6-7-8 per gallon. 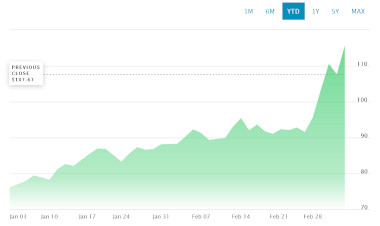 The attempt by the U.S. to rush towards a new Iran deal to get Iranian oil flooding the markets has failed. Russia, together with Iran, has successfully blocked that move. Sanctions on Russia mean that Iran can not export its enriched uranium to Russia to be turned into nuclear fuel. No Iranian export of enriched uranium means no JCPOA deal. Secretary of State Blinken has failed to understand that. The supposedly ready to be signed return to the nuclear deal is now in jeopardy.

Some U.S. refineries at the south coast are designed to only process heavy oil variants. Since 2019 the U.S. has blockaded heavy oil imports from Venezuela and replaced them with imports of heavy Ural variants from Russia. It has now send two officials to Caracas to try to get Venezuela’s oil flowing again. That would of course require to lift all sanctions off Venezuela and to return all confiscated companies and the gold that is owned by that country. It is not going to happen anytime soon.

High end German cars are build with aluminum from Russia. Boeing needs Russian titanium to build planes. These manufacturers will soon start to lay off people. All this while food, heating and mobility costs will increase dramatically. A deep recession combined with strong inflation will rip social cohesion apart. I do expect strong anger in the streets of Europe and the U.S. There will be riots and in consequence a strong political move to the right. The mid-term elections will destroy the Russophobic Democrats.

Michael Hudson notes the immense strategic damage the U.S. has done to itself:

The recent escalation of U.S. sanctions blocking Europe, Asia and other countries from trade and investment with Russia, Iran and China has imposed enormous opportunity costs – the cost of lost opportunities – on U.S. allies. And the recent confiscation of the gold and foreign reserves of Venezuela, Afghanistan and now Russia, along the targeted grabbing of bank accounts of wealthy foreigners (hoping to win their hearts and minds, along with recovery of their sequestered accounts), has ended the idea that dollar holdings or those in its sterling and euro NATO satellites are a safe investment haven when world economic conditions become shaky.

So I am somewhat chagrined as I watch the speed at which this U.S.-centered financialized system has de-dollarized over the span of just a year or two. The basic theme of my Super Imperialism has been how, for the past fifty years, the U.S. Treasury-bill standard has channeled foreign savings to U.S. financial markets and banks, giving dollar diplomacy a free ride. I thought that de-dollarization would be led by China and Russia moving to take control of their economies to avoid the kind of financial polarization that is imposing austerity on the United States. But U.S. officials are forcing them to overcome whatever hesitancy they had to de-dollarize.

This will not just happen with China or Russia but the whole world will over the next years turn away from the dollarized U.S. system:

Nobody thought that the postwar 1945-2020 world order would give way this fast. A truly new international economic order is emerging, although it is not yet clear just what form it will take.

But “prodding the Bear” with the U.S./NATO confrontation with Russia has passed critical-mass level. It no longer is just about Ukraine. That is merely the trigger, a catalyst for driving much of the world away from the US/NATO orbit.

The next showdown may come within Europe itself as nationalist politicians seek to lead a break-away from the over-reaching U.S. power-grab over its European and other Allies to keep them dependent on U.S.-based trade and investment. The price of their continuing obedience is to impose cost-inflation on their industry while relinquishing their democratic electoral politics to subordination to America’s NATO proconsuls.

All the consequences of the ‘west’s’ reaction to Russia’s move were foreseeable. It is pure recklessness and stupidity that have allowed them to take place. The ‘west’ will now get punished for the bad movie it has launched. 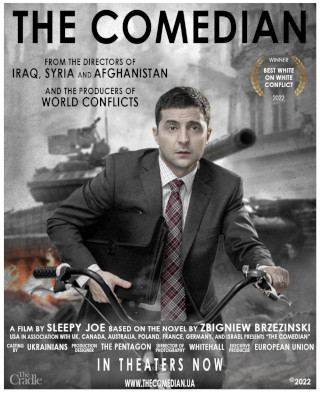 Too bad that I don’t speak Russian … It is now the place to be.