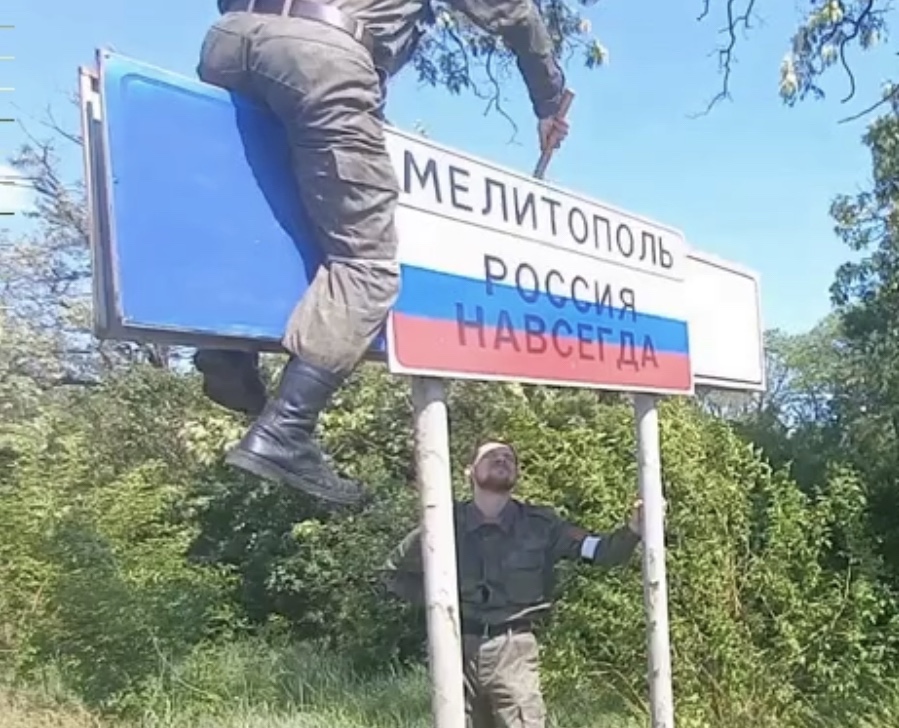 A myriad of articles have been written concerning events in Eastern Europe with just as many pundits telling us where it will all end up. This article will examine why things are happening the way they are and for what reasons.

As far as we can see, from a Russian perspective, things are pretty much going to plan. The Kremlin never foresaw a Blitzkrieg-style operation, preferring to reduce the speed of its advances in order that casualties and material damages be kept to a minimum. The mayhem created by wayward Ukrainian units has to a degree stymied this, yet for all the destruction that war inevitably brings, the situation is immeasurably better than that seen in countries where western armies have gone on the rampage. Having appreciated what three months of Russian plans have achieved, we now need to look at how Moscow will go forward from here.

A whole ecosystem of punditry has sprung up as a result of Russia’s Special Operation in the Ukraine and there are a myriad of experts giving their take on how Russia will proceed in the months to come. What is important however is that even the most blinkered of idiots are now realizing that in spite of their tales of Putin’s imminent demise that they were peddling mere weeks ago, it is now absolutely undeniable that Russia is succeeding. Moreover, it is gaining momentum at the same time as western measures against the Kremlin are running out of steam. Pretty much every trick that Brussels or Washington can play has already been employed, the blowback against western economies now being more powerful than the hot air coming from capital cities subservient to the White House. We now need to look at how Russia is planning to capitalize on its gains in the near future.

There are as many opinions as there are experts, yet every single one is absolutely convinced that they have got it right, having some form of sixth sense regarding Moscow’s future moves. Every action apparently has a given reaction and merely by looking at what Russian forces are doing, there is a cast iron guarantee of what will ensue. There is however a slight glitch with that logic insofar as even the Kremlin doesn’t really know what it will be doing down the line.

Prior to the current conflict, pretty much all the western experts out there were agreed that the Russian Armed Forces were just a development of their Soviet predecessors, stuck with certain doctrines and incapable of acting away from a very tight script. Since the war began however, pretty much all the objective experts out there are now agreed that one of the Russia’s greatest weapons is adaptability, it being able to assess a situation and change current plans in order to exploit it to its best advantage. The same can be said from top to bottom, officers, commanders, chiefs and the government basing their decisions on dynamics rather than doctrine, the fruitful results of the last three months being an adequate testament to this.

It is this new talent on the part of Russia that is causing the West and its allies so many problems. On one hand, the power of the western establishment comes from a centuries-old mentality of imperialism and gunboat politics, yet on the other, today we see the East constantly changing to get the very best out of a job made bad by the West, and nowhere is that more obvious than in the Ukraine. What was seen in the West as a Russian equivalent of the NATO invasion of Iraq has turned out to be completely different, not only in long-term strategy, but also in short-term planning. Nowhere has that been more evident than in Mariupol or the battles currently being fought in the Donbass.

The situation in Mariupol was one of the worst that we have seen in the entire conflict, yet were it not for judicious moves by Russian commanders, things would have been even worse. The great concern in Mariupol was not so much the huge number of nazi nutjobs, but the civilians that became their hostages. Conflicts in the Middle East have seen western nations flatten entire neighborhoods in order to kill enemies, yet by slowly forcing the extremists out of the city, not only were a huge number of lives saved, but tens of thousands of people were able to escape the misery that had been forced upon them. Fast forward to Azovstal, and once the civilians that formed a human shield had been evacuated from the complex, it was similar to a siege from centuries ago, Russian forces waiting until a lack of resources made surrender a certainty.

One only has to remember the Russian Federation officially recognizing the Donetsk and Lugansk People’s Republics immediately prior to the start of current operations to know that the security of this region was one of Moscow’s primary objectives from the outset. As the situation has evolved however, rather than just obliterating existing Ukrainian assets before advancing forward, the Russians have changed tack and chosen to take the area piecemeal, the formation of potential cauldrons being a constant enough threat to Kiev for it to deploy ever more resources to the region. This has meant that Russian progress has been slower than most expected, yet the continued drain on opposing forces means that the resistance met beyond the Donets Basin in later operations will be weaker than it would previously have been.

Outside of the realms of actual hostilities, Russian administrators are now making real progress in their efforts to not only restore order, but bring many former Ukrainian regions into line with Russia. Certain areas are now using the ruble as well as hryvnia before this is phased out of use in September. The use of the Russian telephone system is also being implemented, this indicating that Russia has no intentions whatsoever of reversing the moves it has already made. With the treatment that the Ukrainian population has suffered since Maidan, the vast majority of the population still have decisions to make regarding the destiny of their regions, yet the question of a return to Kiev’s rule does not need asking. Referenda are planned for late this year or the spring of 2023, the big issue being whether areas such as Kherson and Kharkov become their own republics or part of the Russian Federation. On the flip side, Ukrainian banks are now leaving areas now occupied by Russia, the old status quo leading to a new status futurum in the region. This was unthinkable a few months ago, but good planning by Moscow and better implementation at a local level have made the impossible possible in so many ways.

With progress being as slow as it has for the aforementioned reasons, once the area around Severodonetsk has been completely brought under Russian control, greater advances are to be expected. The elephant in the room however is where it all stops. Moscow will not want to occupy the entire Ukraine, this being just too large an area to administer and with too many miscreants in certain areas. The Odessa region coming under Russian control would not only deny Kiev a seaboard, but would also ensure eventual union with Transnistria to the west, yet the areas to the north pertain more to Romania, Hungary and Poland, the latter already rumored to be considering some form of ‘slice and dice’ operation in areas historically under Warsaw’s control.

Three months have seen immense developments, yet it is the way that Moscow has been able to change its operations that has given it the edge. Rather than being a throwback to Soviet times, new mentalities and outlook allow it to throw its weight forward or in any direction that it so pleases.

Russell Bentley once said in one of his videos that ‘so goes the Donbass, so goes the world’ and the manner in which Russia has been able to tie up and eventually destroy so many resources sent by Kiev gives more than adequate insight into how one situation can be engineered in order to favor another. The Ukrainian Army has been like a fish on a hook, Moscow slowly wearing it out before reeling in large areas of the region. Not only have huge resources that could have been used in the future been lost, but the West is losing faith in the Ukraine just as fast as it is learning to respect a resurgent Russia…