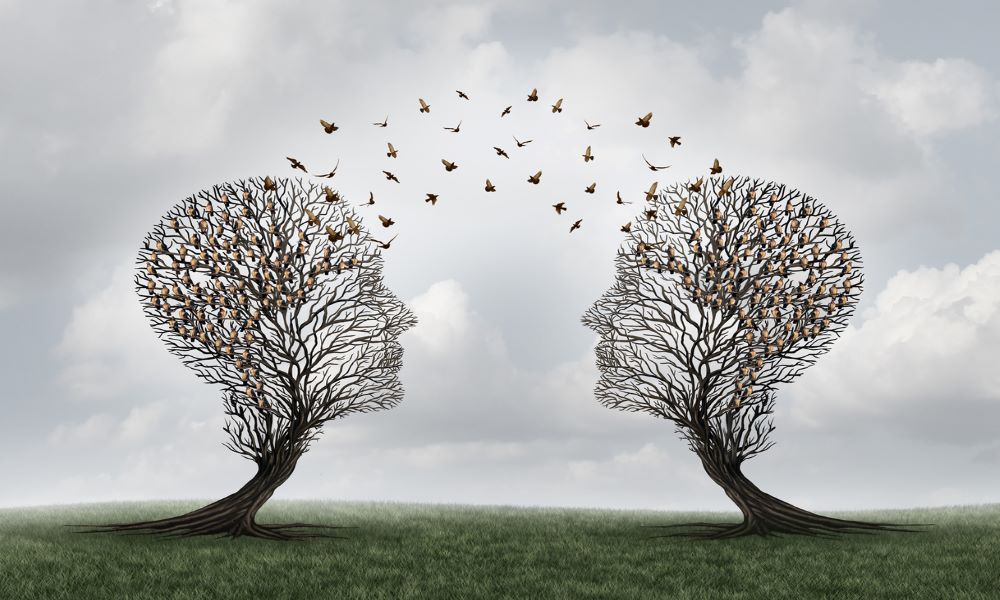 In Europe, these countries include Denmark, Ireland, Moldova, Cyprus, Georgia, Spain and North Macedonia. Others have seen a marked reduction but have not recently recorded data including Serbia, Slovenia, Slovakia, Montenegro and Iceland. 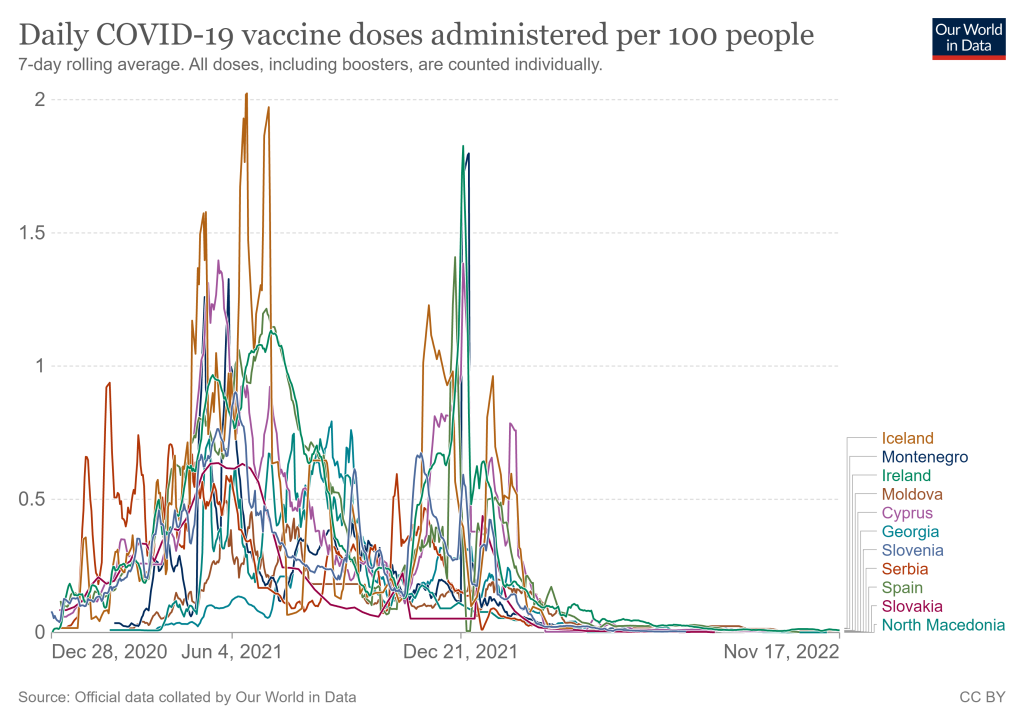 Unlike most of Africa, South Africans and Morrocans have stopped coming forward too. 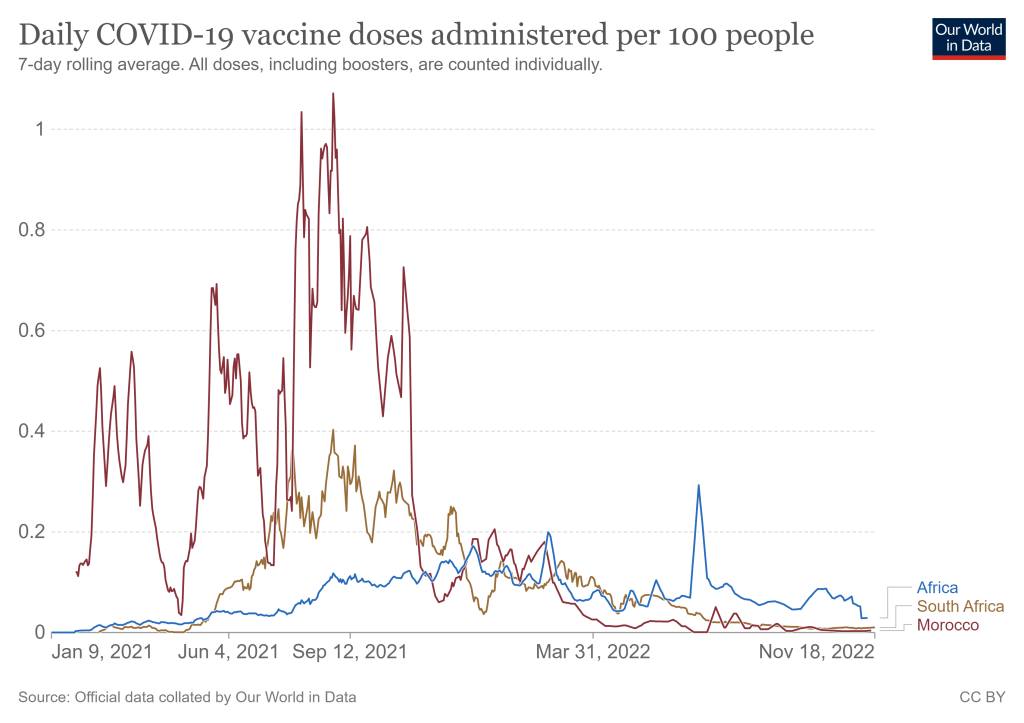 Unlike Asia as a whole, Israelis and Palestinians stopped nine months ago and Malaysians and the Chinese (if we trust that data) more recently. 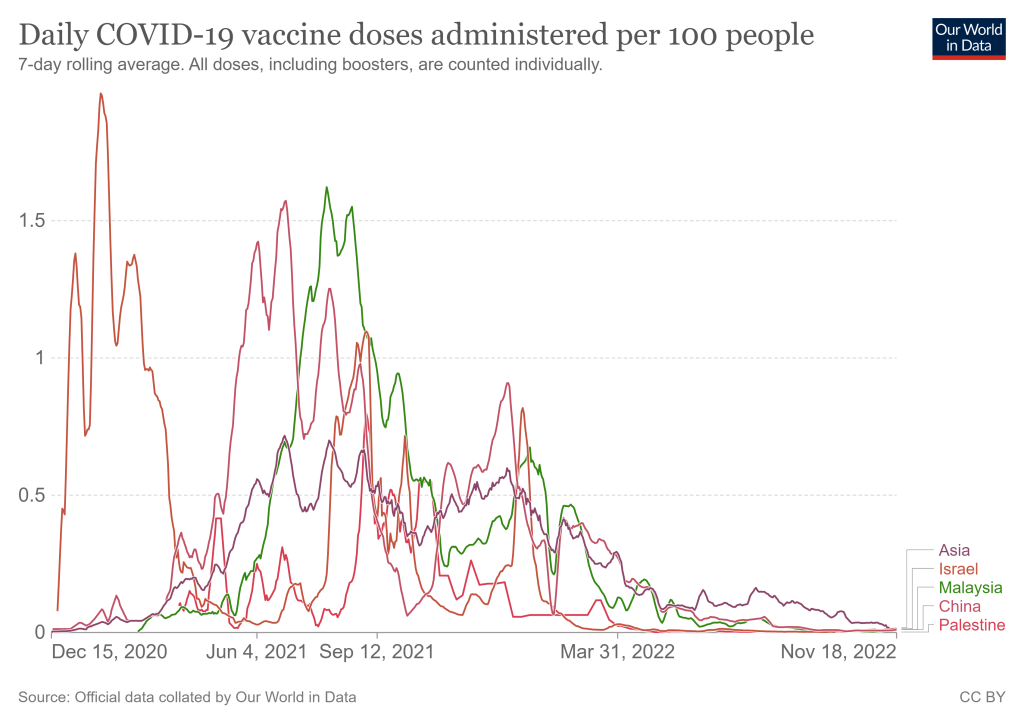 For much of the autumn, North Americans were still being actively vaccinated the most followed by Africans. This is despite Africa having had minimal covid deaths and there being far more serious threats to life and health from Malaria and Tuberculosis among numerous other diseases. 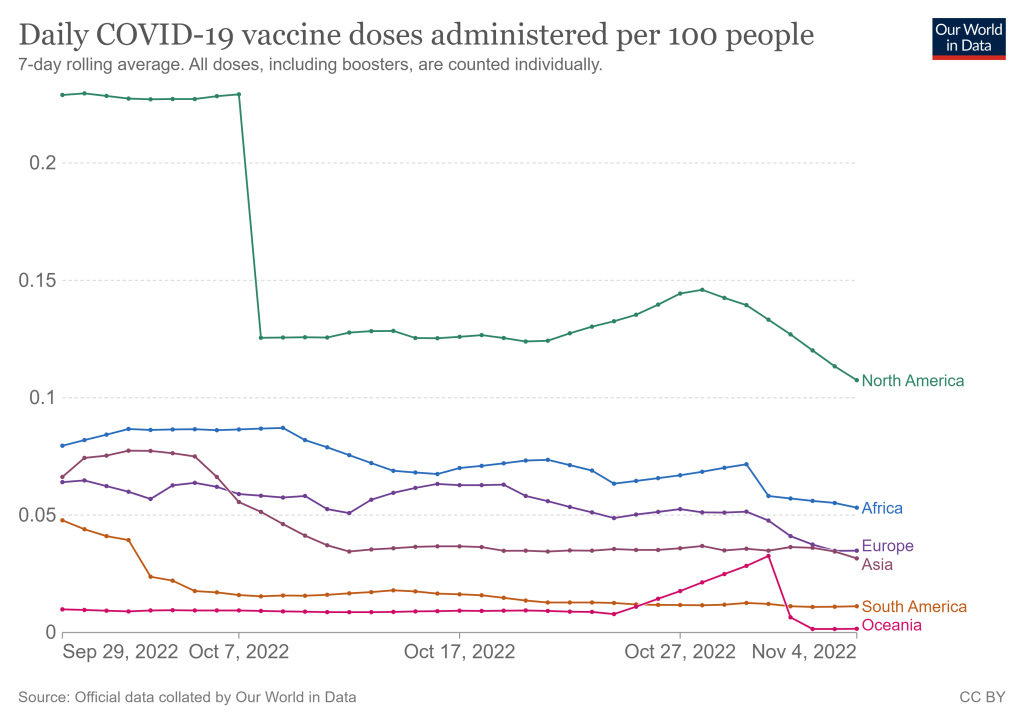 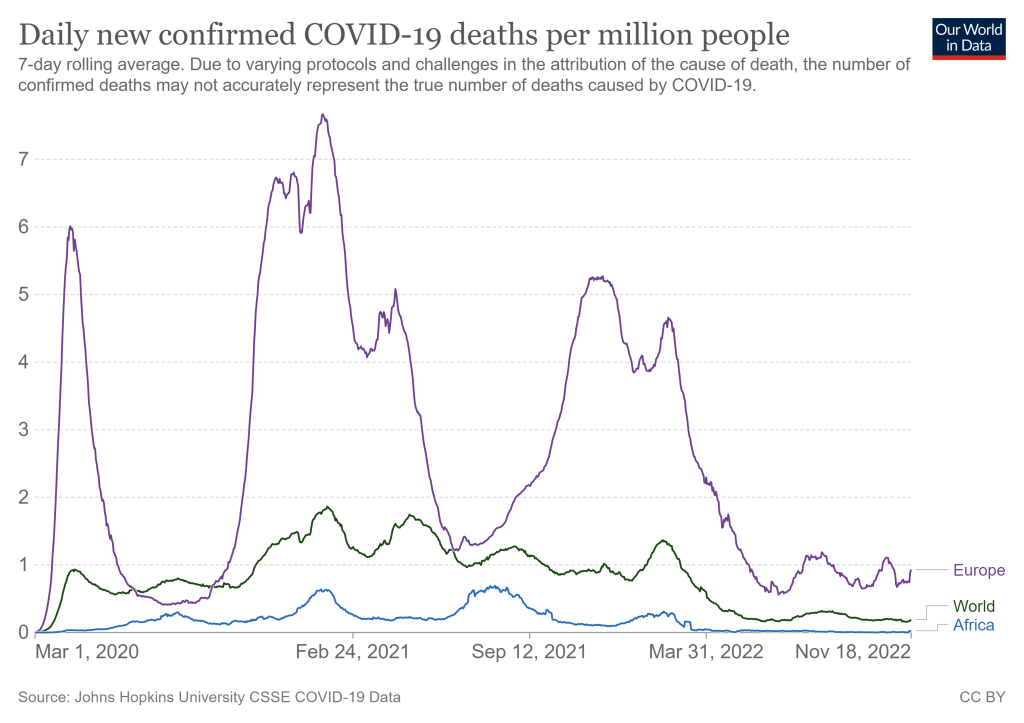 Just over 30% of Africans have now been vaccinated. 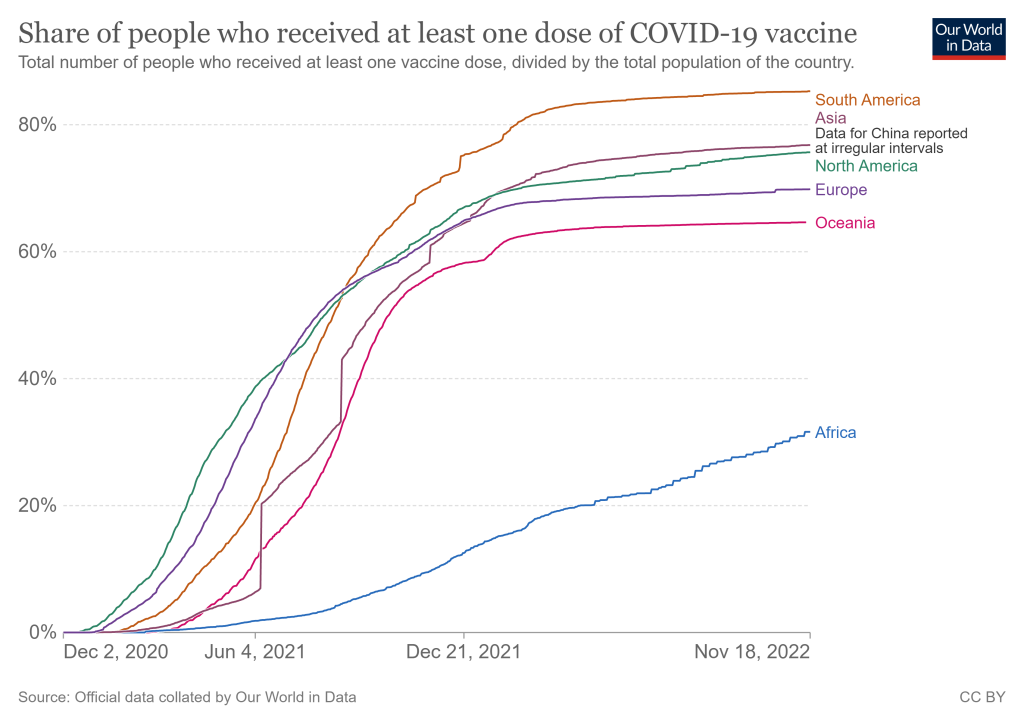 A total of 13 billion doses have been recorded as given worldwide. 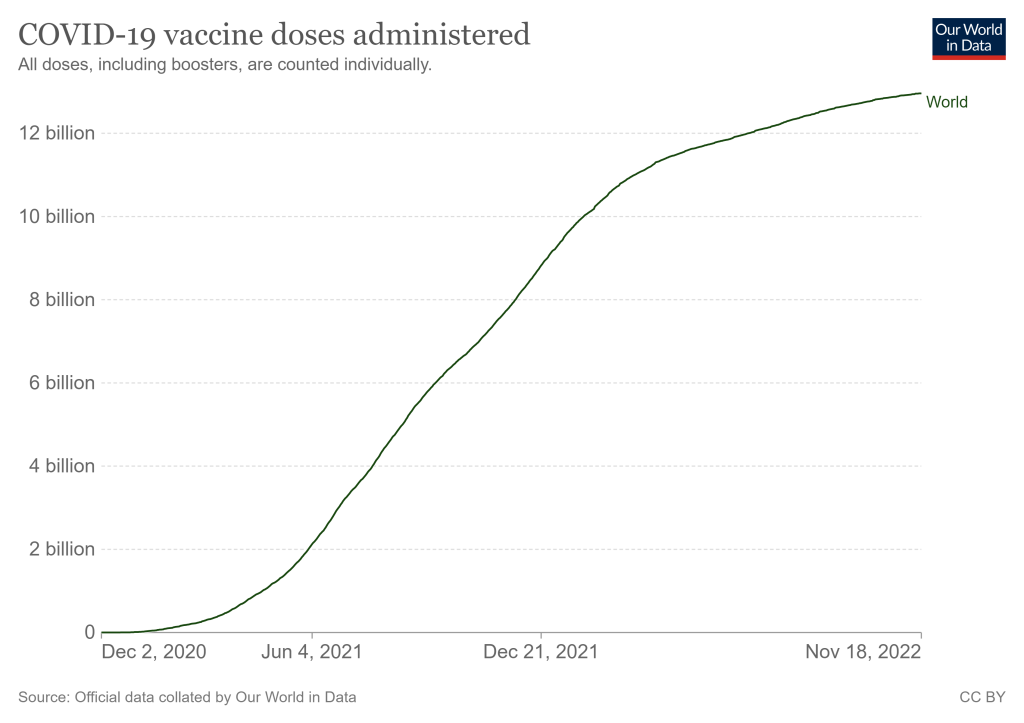 North America and Africa are now outliers for vaccinations given per day with the populations of many countries having stopped cooperating with the vaccination plans of their public health officials.

One thought on “The Injection Rejection”