Can you feel the momentum building!

Over the past few months, #FreeAssange activists have made huge strides. We have worked hard to grow our coalition and get press freedom groups and media outlets to speak out. Global leaders are saying “enough is enough.” We need to continue the pressure on Saturday, Dec. 10 for International Human Rights Day.

Events are planned for cities across the country, with a vigil at the British consulate in New York taking center stage. If you can, join Roger Waters, Ben Cohen, and other principled activists in New York City at 1 p.m. for an event organized by Randy Credico. 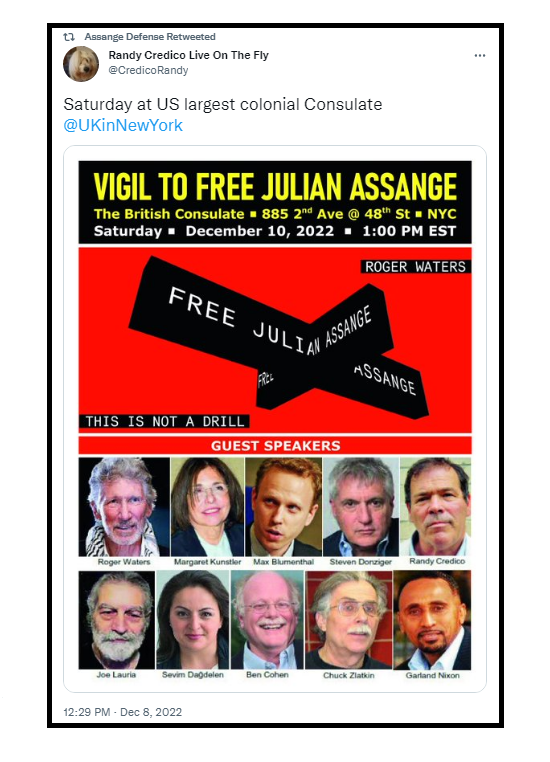 Other Events Throughout the United States…and Beyond

New York is shaping up to be big, but activists around the country – and around the world – are planning solidarity actions. Check out our Twitter feed for links to local chapters and information on events in London, Rome, Australia, DC, Los Angeles, Seattle, Denver, Tulsa, Austin, San Antonio…the list keeps growing! 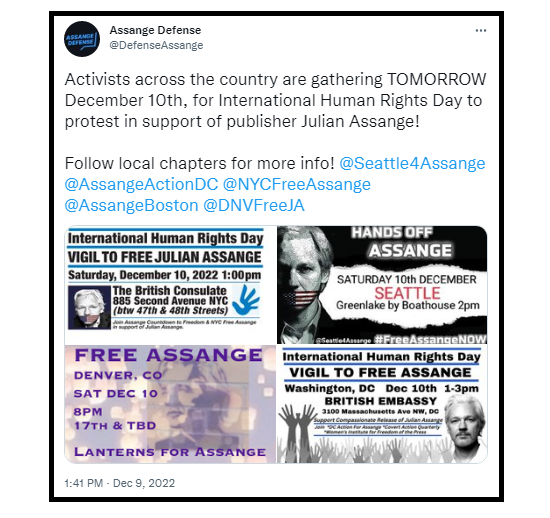 Get Excited: People Are Waking Up!

Your hard work is paying off! Building on the momentum from the New York Times-led open letter and support from world leaders in Australia, Brazil, and Mexico, none other than Elon Musk went viral with this poll about Julian and Edward Snowden. More than 80 percent of the 3.3 million votes favored pardoning them! 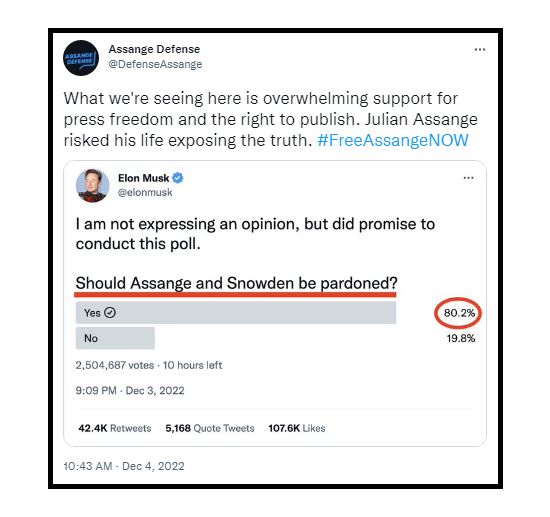 And the Committee to Protect Journalists is out with a powerful open letter, calling on Attorney General Merrick Garland to #DropTheCharges! CPJ is joined by 20 other press freedom and human rights groups, including Amnesty International and the ACLU. 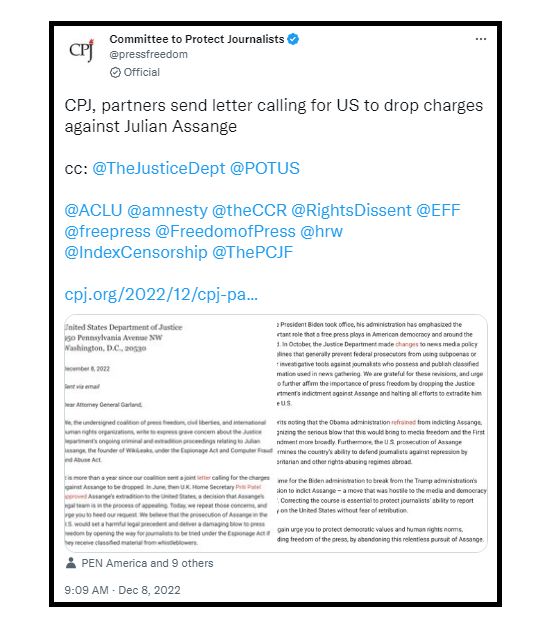 These developments should rekindle our hope that we can make a difference and pressure the U.S. and UK governments to do the right thing: #FreeAssange. Still, Julian needs our help keeping this momentum going and encouraging other outlets and organizations to join the chorus.

Experts, advocates, and organizers have been hard at work raising awareness about Julian’s case. You can reach out to them and get involved at our Take Action page.

Even if you don’t have the time to get involved in your community or write a letter to the editor, it’s always helpful to spread the word on Facebook & Twitter.

There’s more in the works, so stay tuned.