And it’s a sad day for what was left of our democracy. The new Act is overtly incompatible with human rights law and Liberty say they will take the government to court, hopefully before the government pulls us out of European Human Rights legislation. 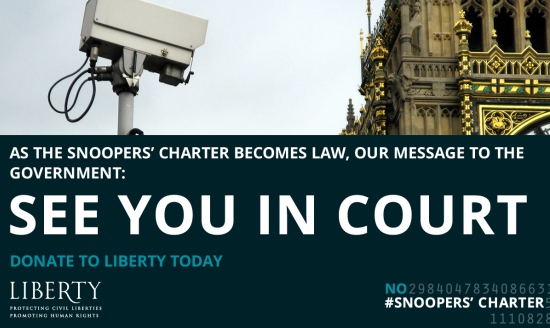 None of Them Have Ever Been My President

Tens of thousands have demonstrated against the election of Donald Trump. Some are activists, continuing the struggle. Others are Democrats that are just “mad.” “The Black movement against police terror didn’t need a Donald Trump waiting in the vestibule of the White House to get “mad.” For those who fear Trump’s “fascism,” the threat level “depends on how he uses the arsenal of repressive tools bequeathed to him by the Obama administration.” END_OF_DOCUMENT_TOKEN_TO_BE_REPLACED