Every time we win, pesticide corporations fight back, desperate to protect their bee-killing profits. But thanks to SumOfUs members like you, we’ve stood our ground.

It’s been a game changer of a year so far, so we wanted to make sure, William, you knew just how much SumOfUs members like you have achieved in the fight to save our bees.

This April, EU governments voted for an historic ban on three bee-killing neonicotinoid pesticides, defying pesticide giants like Bayer. You and SumOfUs members around the world helped make it happen.

More than 600,000 of you signed a petition to EU governments. Many more sent tweets and emails to key decision-makers, and you chipped in to get our message across on huge adverts at Brussels Airport — and in major news outlets read by EU officials.

The ban is now under attack from pesticides giant Bayer, but SumOfUs members have already jumped in to defend it — and we’ll be keeping up the fight into 2019.

We had a huge win last week: the Canadian government announced it’s banning two major bee-killing neonics! And earlier this year, you helped secure a ban on Bayer’s imidacloprid with a record-breaking number of public comments. This means that all major neonics are now banned in Canada.

This is a huge success story for people-power. Now we’re throwing our weight behind getting the bans implemented as soon as possible and on all bee-killing pesticides.

3. Australia: you persuaded Australian retailers to protect the bees

Neonics will be off the shelves in all major Australian retailers by the end of the year.

When 30,000 members like you spoke out, you very quickly got Woolworths, Coles, and Mitre 10 to spring into action and remove these toxic pesticides. 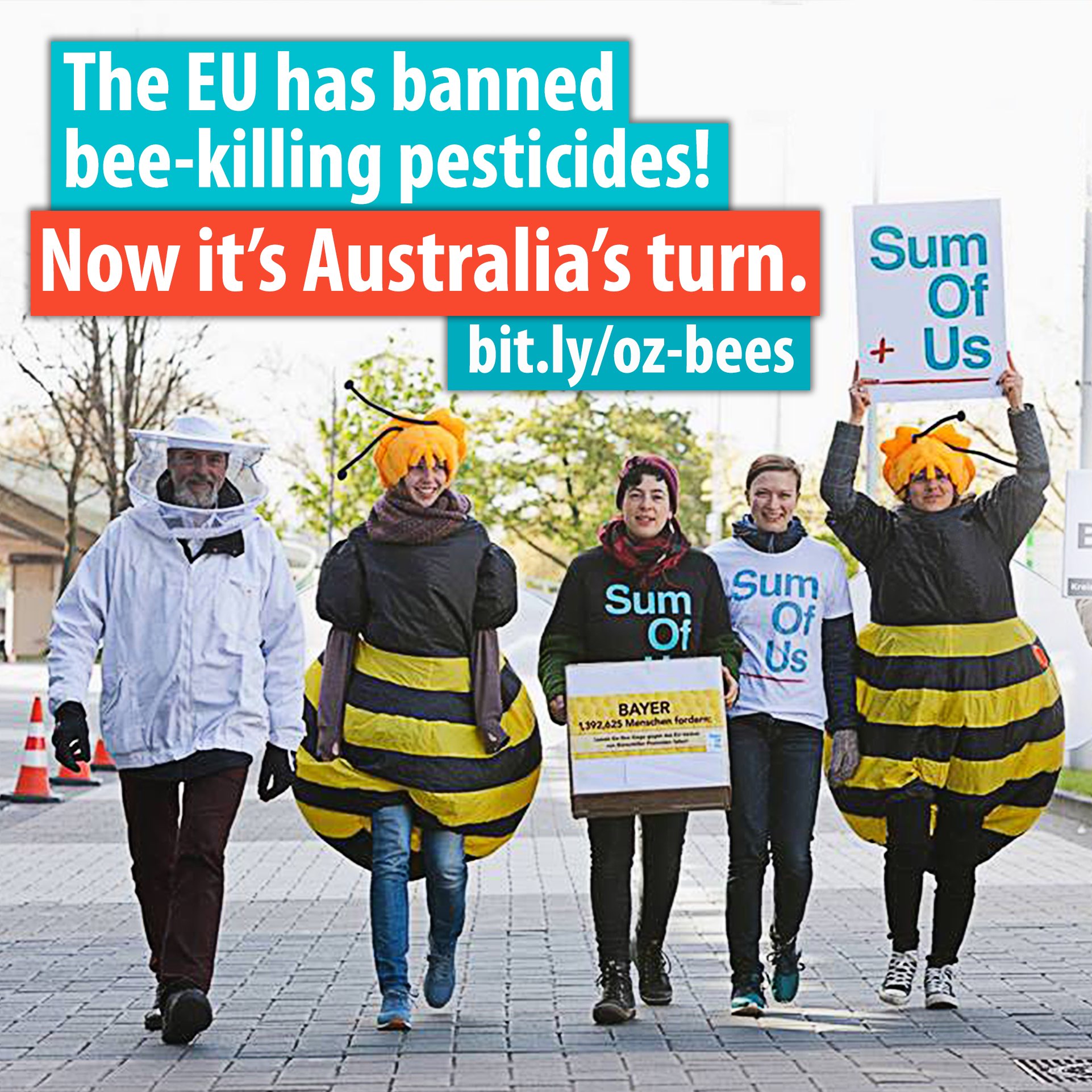 4. Europe: We helped defeat Bayer and Syngenta in court

Bayer and Syngenta tried to challenge EU restrictions on neonics in court by suing the European Commission. When the SumOfUs community heard about this, you donated in your thousands to support the Bee Defender Alliance’s fight for the bees in court — and you won! It was a huge blow to Bayer and Co.

5. United States: we persuaded another major US retailer to protect bees

In June, the largest retailer in the US, Kroger, announced its decision to phase out the use of bee-killing pesticides on gardening plants by 2020.

More than 150,000 SumOfUs members from around the world signed our petition to push Kroger to join in the fight to save the bees. Thousands more of you called and emailed key decision makers — and it paid off! 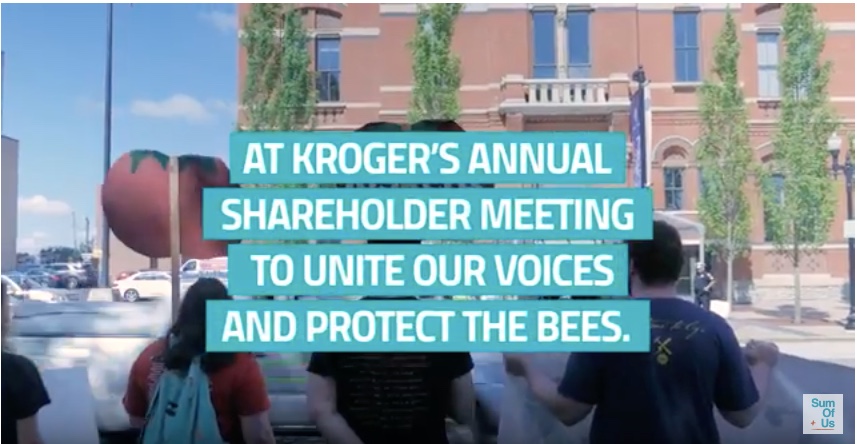 SumOfUs members in France challenged their government go beyond the EU’s neonic ban — and together, we succeeded in helping push the French government to ban not three, but all major neonics!

The ban has started to come into effect this month, and will be fully implemented by next month.

William, I am so impressed with all that you and SumOfUs members around the world have done to protect the bees!

Bees are one of the world’s most important pollinators of food crops. One third of the food we eat relies on bees to pollinate it — from avocados to broccoli, and cherries to squash.

But the evidence is clear that toxic pesticides called neonicotinoids — pushed by chemicals giants like Bayer and Syngenta — are poisoning bee populations.

We don’t have the deep pockets of big chemical companies, but if enough SumOfUs members like you chip in, we can launch even more campaigns across the globe to protect our bees.

Would you consider giving a monthly donation, so we can persuade more governments to ban bee-killing pesticides, and support more scientists and legal campaigns against big pesticide corporations?

Thanks for all that you do,
Wiebke, Rebecca and the team at SumOfUs