Funds Squandered on Military-Industrial Complex Are Indispensable for Success 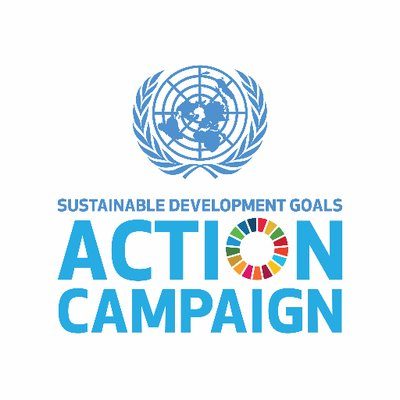 On October 21, 2015 the United Nations General  Assembly adopted Resolution 70/1:  The 2030 Agenda for Sustainable Development, declaring that “We are determined to end poverty and hunger, in all their forms and dimensions, and to ensure that all human beings can fulfill their potential in dignity and equality and in a healthy environment.”  These 17 Goals, if achieved, and, indeed they can and should be achieved, would create an ideal world, essentially a paradise on earth.  However, in the past three years, 20% of the time allotted for achievement of these goals, not only are prospects for the achievement of these goals grim, as acknowledged by both the UN Secretary-General Antonio Guterres and UN Deputy Secretary-General Amina Mohammed, but no one willingly admits that the dismal prospect for reaching these goals is the result of a failure of courage by the United Nations Establishment, which, in kowtowing to the “interests” and dictates of its most powerful Western capitalist states, the USA, the UK and their allies, is betraying its mandate, betraying the majority of its member states, and  betraying the majority of the peoples of the world.

In view of the fact that within this same United Nations the Security Council has authorized the military actions that have obliterated Iraq, Libya, and between 1950-1953 totally annihilated the DPRK, it is reasonable to assert that for the United Nations to even speak of “Sustainable Development Goals” while the United Nations Security Council is notorious for “destroying the infrastructure necessary to support human life” in the countries devastated by the military actions and sanctions the UN has authorized, is the worst form of hypocrisy and duplicity. At best, this is a form of schizoid policy making.  One can only consider that the United Nations’ aggressive public promotion of the 17 Sustainable Development Goals” is a figleaf, covering up the horrific damage inflicted by the UN Security Council, one of the most dangerous organizations on the planet.

The Security Council sanctions on Iraq were responsible for the deaths by starvation of 500,000 children in Iraq.  The resignation of Assistant Secretary General Denis Halliday, who characterized the sanction program as “genocide” exposes the deadly agenda masked by the very public promotion of the SDG’s as a fabrication of concern for human rights.

The Security Council sanctions inflicted on the DPRK since 2006 are an increasingly genocidal attempt to force regime change and collapse the socialistic system that has, since the birth of the DPRK,  been delivering those benefits promised by the SDG’s, and which the Security Council sanctions are eviscerating, in one of the most criminal actions in United Nations history.

One demonstration of the fact that the UN is not serious about reaching the “Sustainable Development Goals” by 2030 is the fact that, though there have been innumerable searches for ways to fund these SDG’s, at no point was there any serious consideration – or any consideration at all, given to transferring the exorbitant sums of money spent on the military, the trillions of dollars spent – or more accurately put, squandered – on development of nuclear weapons, and investing this money, instead, on human development, and fulfillment of the Sustainable Development Goals

Between July 16-18 the United Nations held the High-Level Political Forum on Sustainable Development, and in her opening speech on July 16, Deputy Secretary-General Amina Mohammed acknowledged that:

“For the first time in a decade, the number of people who are undernourished has increased – from 777 million people in 2015 to 815 million in 2016 – fundamentally undermining our commitment to leaving no one behind….Poverty is becoming increasingly urban, with most of the world’s extreme poor projected to live in urban settings by 2035;  250 million more people in Africa have no access to clean fuels for cooking compared to 2015!!  We are seeing alarming decline in biodiversity, rising sea levels, coastal erosion, extreme weather conditions and increasing concentrations of greenhouse gases….At the same time we have not yet managed to unlock and direct the scale of the resources needed, towards the financing of the sustainable development agenda.”

“Your discussions have made clear that we are lagging or even backtracking in other areas that are fundamental to our shared pledge to leave no one behind…Investment in critical sustainable infrastructure remains entirely inadequate…At the same time, we face mounting challenges.  Runaway climate change.  A growing number of conflicts and inequality.  An erosion of human rights.  An unprecedented global humanitarian crisis and persistent pockets of poverty and hunger.”

On cannot be surprised by the downward trajectory for attainment of the SDG’s by 2030, since the United Nations has not been willing to risk those actions that would have unlocked the funds necessary for attainment of the 17 SDG’s, and at the same time, the barbaric Security Council sanctions on the DPRK are criminally obstructing that nation’s attainment of the Sustainable Development Goals, although, if the truth be told, that heroic nation has already attained many of the 17 SDG goals, despite the heinous sanctions inflicted to weaken their people and degrade their socialist infrastructure which has delivered so many humanitarian benefits to their people.

The cowardice of the UN in failing to require that the resources squandered in bloated military budgets be instead redirected and productively devoted to humanitarian achievements is the more perplexing, now that even within the US government itself, Senator Ed Markey has introduced the SANE Act to drastically cut nuclear weapons programs and curtail nuclear modernization.

“It is time we inserted some desperately-needed sanity into America’s budget priorities,” stated Senator Markey.  “We should fund education, not annihilation.”

If the United Nations is serious about attaining the Sustainable Development Goals, they have a powerful source of support and alliance within the U.S. Senate itself.  Markey further stated:

“If the United States wants other countries to reduce their nuclear arsenals and restrain their nuclear war plans, we must take the lead.  Instead of wasting billions of dollars on this dangerous new nuclear weapon that will do nothing to keep our nation safe, we should preserve America’s resources and pursue a global ban on nuclear cruise missiles.”

One of the most truthful and moving addresses at the High-Level SDG Debate was delivered the afternoon of July 16, by Professor Jose Antonio Ocampo, Chairperson of the Committee for Development Policy.  The Report of the Committee states:

“Too often, economic and political systems, governance structures and business models are based on extremely unequal distributions of wealth and decision-making power and this stands in the way of transformation to sustainable and resilient societies.  On the one hand segments of society that are excluded from the benefits of development are often also excluded from meaningful participation in decision-making, and are thus unlikely to see their interests safeguarded in policy and investment decisions.  On the other, the most influential groups can resist changes when they represent a threat or perceived threat to their interests.  Leaving no one behind requires breaking the link between economic and social exclusion and decision-making power.  This involves, among other measures, ensuring the respect, protection and fulfilment of human rights and reorienting institutions so that policy is driven from the bottom up by the needs of those who are deprived and disadvantaged.  ….At the international level, the deep inequalities that persist among countries are not sustainable….With the important goal of fighting poverty, development cooperation policies should also contribute to guaranteeing minimum social standards for all people, reducing international inequality and providing international public goods.”