Yesterday, a former engineer and ballistics expert with the Organization for the Prohibition of Chemical Weapons (OPCW) delivered testimony via video link to an audience at the United Nations Security Council (UNSC), accusing the chemical weapons watchdog of intentionally burying exculpatory evidence from its Fact Finding Mission (FFM) report – evidence which would have exonerated the Syria government in an alleged chemical weapons incident in Douma, Syria, in April 7, 2018.

END_OF_DOCUMENT_TOKEN_TO_BE_REPLACED

Funds Squandered on Military-Industrial Complex Are Indispensable for Success

END_OF_DOCUMENT_TOKEN_TO_BE_REPLACED

Resolution 2397, December 22, 2017: Security Council Inflicts Gestapo-Style Sanctions on DPRK, Despite Warnings They Will Annihilate the People of North Korea 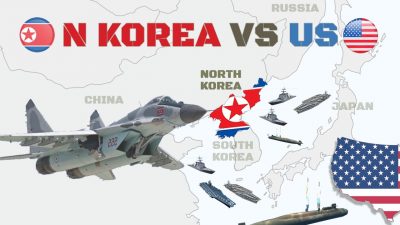 Ignoring the avalanche of evidence that prior sanctions on the DPRK are causing a devastating humanitarian crisis for the people of North Korea, especially the most vulnerable, on December 22, despite warnings of the catastrophic consequences to the people, the UN Security Council passed a new set of sanctions so draconian and inhumane that they must be compared to Hitler’s Nuremberg laws.

END_OF_DOCUMENT_TOKEN_TO_BE_REPLACED

Since 1991, and United Nations Security Council Resolution 678, which authorized the US-UK attack on Iraq, which, in the words of Marti Ahtissari  “destroyed the infrastructure necessary to support human life in Iraq,” the United Nations has been dragged into destructive “adventures” that have literally created the crises it is now trying to resolve.

In 2011, the UN Security Council Resolution 1973 authorized NATO’s attack on Libya.  The attacks and sanctions in Iraq and Libya have so devastated both countries that it is impossible to resurrect a viable government in either country, and both remain incubators of terrorism which is spreading throughout the Middle East, Africa and beyond. END_OF_DOCUMENT_TOKEN_TO_BE_REPLACED

“US officials knew in May Iraq possessed no WMD”.

So goes the headline in the Observer (01/02/04) but the reality is that the US government knew in 1991 that Iraq possessed no WMD as did the UK government. So what’s the argument all about? Why is it so important that a ‘battle royale’ is being conducted around the existence or otherwise of WMD? For what the headline reveals is the ‘wheels within wheels’ approach to selling a war nobody but the warmongers wanted.