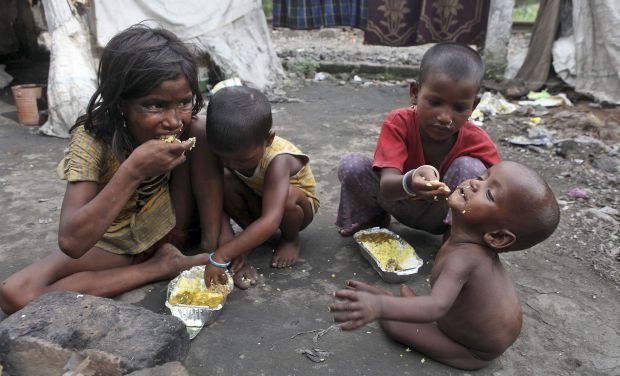 In 2015, India’s internal intelligence agency wrote a report that depicted various campaigners and groups as working against the national interest. The report singled out environmental activists and NGOs that had been protesting against state-corporate policies. Those largely undemocratic and unconstitutional policies were endangering rivers, forests and local ecologies, destroying and oppressing marginalised communities, entrenching the corporatisation of agriculture and usurping land rights.

These issues are not unique to India. Resistance against similar practices and injustices is happening across the world. And for their efforts, campaigners are being abused, incarcerated and murdered. Whether people are campaigning for the land rights of tribal communities in India or for the rights of peasant farmers in Latin America or are campaigning against the fracking industry in the UK or against pipelines in the US, there is a common thread: non-violent protest to help bring about a more just and environmentally sustainable world.

What is ultimately fuelling the push towards the relentless plunder of land, peoples and the environment is a strident globalised capitalism, euphemistically termed ‘globalisation’, which is underpinned by increasing state surveillance, paramilitary-type law enforcement and a US-backed push towards militarism.

The deregulation of international capital movement (financial liberalisation) effectively turned the world into a free-for-all for global capital. The ramping up of this militarism comes at the back end of a deregulating/pro-privatising neoliberal agenda that has sacked public budgets, depressed wages, expanded credit to consumers and to governments (to sustain spending and consumption) and unbridled financial speculation. In effect, spending on war is in part a desperate attempt to boost a stagnant US economy.

We may read the writings of the likes of John Perkins (economic hitmen), Michel Chossudovsky (the globalisation of poverty), Michael Hudson (treasury bond super-imperialism) or Paul Craig Roberts (the US’s descent into militarism and mass surveillance) to understand the machinations of billionaire capitalists and the economic system and massive levels of exploitation and suffering they preside over.

Food activists are very much part of the global pushback and the struggle for peace, equality and justice and in one form or another are campaigning against violence, corruption and cronyism. There is a determination to question and to hold to account those with wealth and power, namely transnational agribusiness corporations and their cronies who hold political office.

There is sufficient evidence for us to know that these companies lie and cover up truth. And we also know that their bought politicians, academics, journalists and right-wing neoliberal backers and front groups smear critics and attempt to marginalise alternative visions of food and agriculture.

They are first to man the barricades when their interests are threatened. Those interests are tied to corporate power, neoliberal capitalism and the roll out of food for profit. These companies and their cheerleaders would be the last to speak up about the human rights abuses faced by environmentalists in various places across the world. They have little to say about the injustices of a global food regime that creates and perpetuates food surpluses in rich countries and food deficits elsewhere, resulting in a billion people with insufficient food for their daily needs. Instead all they have to offer are clichés about the need for more corporate freedom and deregulation if we are to ‘feed the world’.

And they attempt to gloss over or just plain ignore the land grabs and the marginalisation of peasant farmers across the world, the agrarian crisis in India or the harm done by agrochemicals because it is all tied to the neoliberal globalisation agenda which fuels corporate profit, lavish salaries or research grants.

It is the type of globalisation that has in the UK led to deindustrialisation, massive inequalities, the erosion of the welfare state and an increasing reliance on food banks. In South America, there has been the colonisation of lands and farmers to feed richer countries’ unsustainable, environment-destroying appetite for meat. In effect what Helena Paul once described in The Ecologist as genocide and ecocide.  From India to Argentina, we have witnessed (are witnessing) the destruction of indigenous practices and cultures under the guise of ‘development’.

And from various bilateral trade agreements and WTO policies to IMF and World Bank directives, we have seen the influence of transnational agricapital shaping and benefitting from ‘ease of doing business’ and ‘structural adjustment’ type strategies.

We also see the globalisation of bad food and illness and the deleterious impacts of chemical-intensive industrial agriculture on health, rivers, soils and oceans. The global food regime thrives on the degradation of health, environment, labour and communities and the narrowing of the range of crops grown resulting in increasingly monolithic, nutrient-deficient diets.

Whether it includes any or all of the above or the hollowing out of regulatory agencies and the range of human rights abuses we saw documented during The Monsanto Tribunal, what we see is the tacit acceptance of neoliberal policies and the perpetuation of structural (economic, social and political) violence by mainstream politicians and agricapital and its cheerleaders.

At the same time, however, what we are also witnessing is a loosely defined food movement becoming increasingly aware of the connection between these issues.

Of course, to insinuate that those campaigning for the labelling of GM food, the right to healthy food or access to farmers markets in the West and peasant movements involved with wider issues pertaining to food sovereignty, corporate imperialism and development in the Global South form part of a unified ‘movement’ in terms of material conditions or ideological outlook would be stretching a point.

After all, if you campaign for, say, healthy organic food in your supermarket, while overlooking the fact that the food in question derives from a cash crop which displaced traditional cropping systems and its introduction effectively destroyed largely food self-sufficient communities and turned them into food importing basket cases three thousand miles away, where is the unity?

However, despite the provisos, among an increasing number of food activists the struggle for healthy food in the West, wider issues related to the impact of geopolitical IMF-World Bank lending strategies and WTO policies and the securing of local community ownership of ‘the commons’ (land, water, seeds, research, technology, etc) are understood as being interconnected.

There is an emerging unity of purpose within the food movement and the embracing of a vision for a better, more just food system that can only deliver genuine solutions by challenging and replacing capitalism and its international relations of production and consumption.

Colin Todhunter is an independent writer