President Donald Trump has announced the decision to exit from the bedrock 1987 Intermediate-Range Nuclear Forces Treaty (INF Treaty), which bans all land-based missiles carrying both nuclear and conventional warheads with ranges of 500 to 5,500 kilometers, or 310 to 3,420 miles shorter- and intermediate-range missiles. It does not cover air-launched or sea-launched weapons. National Security Adviser (NSA) John R. Bolton is going to discuss the president’s decision with the Russian leadership during his upcoming visit to Moscow on Oct. 22-23.

END_OF_DOCUMENT_TOKEN_TO_BE_REPLACED 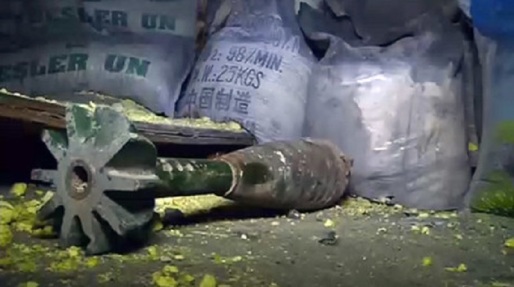 Hay’at Tahrir al-Sham (HTS), the former branch of al-Qaeda in Syria, moved several chemical weapons containers from the town of Maarrat Misrin in northern Idlib to the city of Jisr al-Shughur in the northwestern part of the governorate, a local source revealed to the Russian news agency Sputnik.

END_OF_DOCUMENT_TOKEN_TO_BE_REPLACED

The prosecutor of the International Criminal Court, Fatou Bensouda, released a statement on Wednesday, with regard to Palestine. She refers to the Bedouin community of Khan al-Ahmar, stating that “extensive destruction of property without military necessity, as well as population transfers in an occupied territory constitute war crimes under the Rome Statute.”

END_OF_DOCUMENT_TOKEN_TO_BE_REPLACED

With crappy apologies to Samuel Beckett

It was just a question of time before the crap spilled over the edge of the bowl.

The basement was the first to fill up of course but who looks in the basement; out-of-sight, out-of-mind.