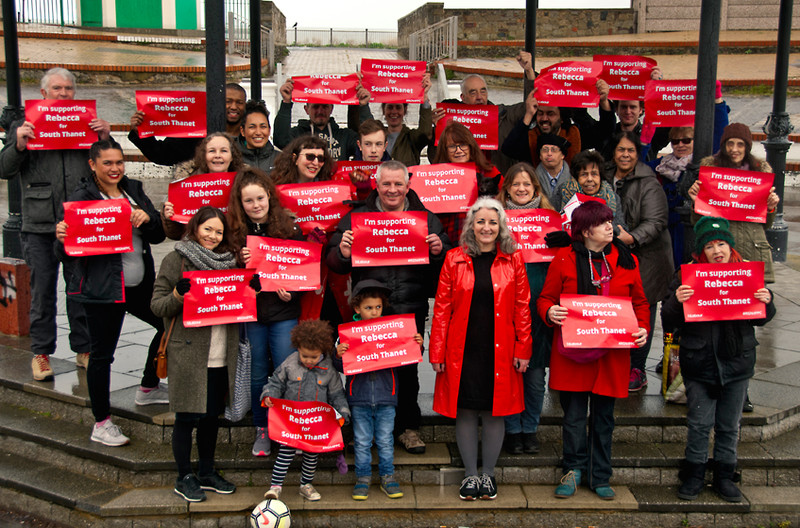 Local party members are resisting a decision by Labour’s ruling body to bar a pro-Jeremy Corbyn activist from standing for Parliament, after false allegations of anti-Semitism were leveled against her.

Local members in April had voted to endorse Rebecca Gordon-Nesbitt as their candidate in the next general election.

But Gordon-Nesbitt was soon smeared by Guido Fawkes, a hard-right website.

Labour’s head office wrote to her soon after with “evidence” apparently gleaned from the same site, stating that after a complaint, she was being investigated for comments on social media “which may meet the definition of anti-Semitism adopted by the Labour Party.”

This was a reference to the controversial IHRA “working definition” of anti-Semitism adopted by Labour last year. The document forbids criticizing Israel as a racist state.

In December, Labour’s ruling National Executive Committee (NEC) stepped in to formally remove Gordon-Nesbitt as a candidate, for tweets that allegedly had the potential to bring the party into “disrepute.”

A Twitter account associated with Gordon-Nesbitt had in 2017 posted supportive messages defending Jackie Walker – a local Black and Jewish anti-racist activist currently facing down expulsion from Labour over her anti-Zionist views.

Gordon-Nesbitt told The Electronic Intifada that members “are absolutely furious. We had a general council meeting last night, and there was mutiny” at the NEC’s undermining of local party democracy.

Almost 2,000 people have signed an online petition calling for her reinstatement.

Gordon-Nesbitt told The Electronic Intifada she would fight the decision.

“I was all set to walk away before Christmas,” she said in a statement, “but I’ve been amazed and inspired by the response of Labour Party members.”

She said that “after eight months of great teamwork, the verdict of the local party seems to be that they still want me as their candidate.”

She said she had joined the Labour Party to advance grassroots democracy, and accused the NEC of “ignoring the will of the members and denying one of its democratically elected parliamentary candidates the right to a fair hearing.”

Members last month overwhelmingly passed an emergency resolution which calls the NEC decision unfair, arguing that “Rebecca has shown herself to be an exemplary candidate.”

But now, Gordon-Nesbitt told The Electronic Intifada, she is fundraising to take the Labour bureaucracy to the High Court to challenge the decision.

The crowdfunding campaign has raised more than $8,700 so far.

Gordon-Nesbitt said: “The last thing I want to do is go to court, but we have to make the Labour Party more accountable to its members and this seems to be the only way of doing it.”

The old tweets, which a three-person panel of the NEC had interrogated Gordon-Nesbitt for, were from a now-deleted account of a think tank that she contributed to.

While she told The Electronic Intifada that she didn’t recognize some of the tweets in the right-wing blog, she took responsibility for three.

These tweets defended Jackie Walker, saying that the allegations “of anti-Semitism leveled at Jackie Walker are politically motivated” and that “anti-Semitism has been weaponized by those who seek to silence anti-Zionist voices.”

The account also tweeted that accusations of anti-Semitism are sometimes “leveled in an attempt to discredit the left” – a fact which The Electronic Intifada has reported in detail for three and a half years now.

Gordon-Nesbitt later clarified on Facebook that “these tweets were in no way intended to imply that anti-Semitism doesn’t exist in the Labour Party. It is possible for two things to be true at once.”

The Thanet South seat she had been up for was won by the Conservative candidate in the 2017 election, and the NEC’s move leaves the constituency without any current Labour candidate.

Gordon-Nesbitt is being supported by left-wing group Jewish Voice for Labour, which called the NEC’s decision “appalling.”

Campaign group Labour Against the Witchhunt has drafted two model motions to help pressure the NEC to review its decision.