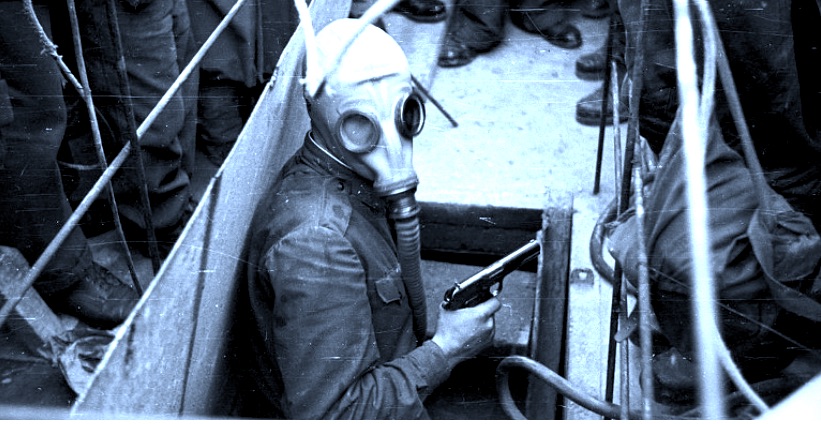 Get the kids into the house! Lock your doors! Board up the windows! Break out the gas masks and hazmat suits! According to the corporate media, we are now officially deep in the throes of a deadly anti-Semitism pandemic! And just as the threat of mind-controlling Russian influencers was finally waning! It seems the fabric of Western democracy just can’t catch a break these days.

The origins of this pernicious, panic-inducing pestilence remain shrouded in mystery, but epidemiologists now believe that it began in the Spring of 2015, shortly after the resignation of Ed Milliband as UK Labour Party leader, and went global in the Summer of 2016, right around the time of the Brexit referendum and the nomination of Donald Trump. (Although the circumstantial evidence is overwhelming, to date, there exists no conclusive proof that Russian bio-weapons designers cooked up the virus in a hotel in Salisbury and sprayed it onto anyone’s doorknob.)

Virologists are working around the clock to map the genome of this scurrilous scourge, about which very little is known, other than that it has a sudden onset, and attacks the language center of the brain, causing the sufferer to express opinions about “Zionism,” “globalism,” “the Israel lobby,” “banks,” and other code words for “Jews.” Patients appear to be unaware that they are spouting these anti-Semitic code words until they are told they are by the corporate media, or their colleagues, or some random account on Twitter, at which point their symptoms alter dramatically, and they suffer a series of petit mal seizures, causing them to repeatedly apologize for unintentionally advocating the extermination of the entire Jewish people and the establishment of a worldwide Nazi Reich.

At the moment, Britain is taking the brunt of it. Despite the best efforts of the ruling classes and the media to contain its spread, several new cases of anti-Semitism have been reported throughout the Kingdom, or at least among the Labour Party, which, at this point, has been so thoroughly infected that it resembles a neo-Nazi death cult. 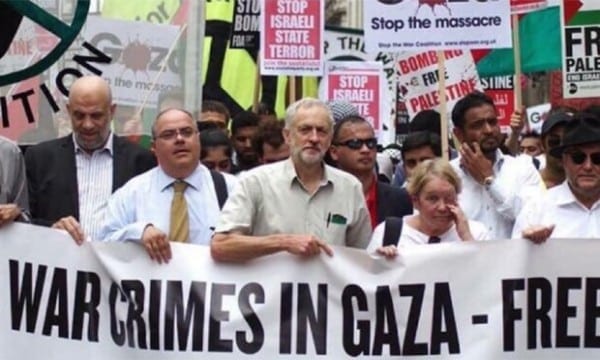 Corbyn’s sin: Elementary solidarity with the Palestinian people subjected to fierce assaults by the extremely well armed Zionist state, or simply telling the truth about Israel’s enormous influence on western politicians,  are paraded as evidence of anti-semitism. The use of weaponized anti-semitism on Corbyn is simply a ruse to block his path to Britain’s premiership.

Jeremy Corbyn, who contracted the virus more or less the moment he assumed the leadership, is now exhibiting symptoms of late-stage disease. Reliable sources close to the party, reached for comment at a brunch in Qatar with Tony Blair and a bunch of Saudis, report that Corbyn is running around Momentum HQ in full Nazi regalia, alternately heiling Hitler and looking for journalists to apologize to.

Another Labour MP, Chris Williamson, had to be summarily quarantined after publicly apologizing for not apologizing for inciting a gathering of Labour members to stop apologizing for refusing to apologize for being disgusting anti-Semites … or something basically along those lines. Owen Jones is fiercely denying denying that the party is a hive of Nazis, and that he ever denied that denying the fact that there is zero actual evidence of that fact is essential to preserving what is left of the party, once it has been cured of anti-Semitism, or disbanded and reconstituted from scratch.

Emergency measures are now in effect. A full-scale Labour Party lockdown is imminent. Anyone not already infected is being advised to flee the party, denounce anyone who hasn’t done so as “a Hitler-loving Corbyn-sympathizer,” and prophylactically apologize for any critical statements they might have made about Israel, or “elites,” or “global capitalism,” or “bankers,” or anything else that anyone can construe as anti-Semitism (preferably in the pages of The Guardian).

Nor has the Continent been spared! What at first appeared to be a series of spontaneous protests against Emmanuel Macron, economic austerity, and global capitalism by the so-called “Yellow Vests” in France has now been officially diagnosed as a nationwide anti-Semitism outbreak. In a heroic attempt to contain the outbreak, Macron has dispatched his security forces to shoot the eyes out of unarmed women, pepper spray paraplegics in wheelchairs, and just generally beat bloody hell out of everyone. Strangely, none of these tactics have worked, so France has decided to join the USA, the UK, Germany, and the rest of the empire in defining anti-Zionism as form of anti-Semitism, such that anyone implying that Israel is in any way inherently racist, or a quasi-fascist Apartheid state, or making jokes about “elites” or “bankers,” can be detained and prosecuted for committing a “hate-crime.”

Meanwhile, in the United States (where Donald Trump, “U.S. patient zero,” had already single-handedly infected the vast majority of the American populace, and transformed the nation into an unrecognizable, genocidal Nazi Reich), the anti-Semitism virus has now spread to Congress, where Representative Ilhan Omar (reputed to be a hardcore member of the infamous “Axis of Anti-Semitism“) has apparently totally lost her mind and started talking about the Israel lobby, and the billions of dollars the U.S. government provides to Israel on an annual basis, and other Israel-related subjects one simply does not talk about (unless one writes for The New York Times and isn’t a hijab-wearing Muslim, in which case it’s completely fine to characterize support for Israel as being “bought and paid for by the Israel lobby“).

Now, this is where things get really confusing. Trump (who, let’s remember, is Literally Hitler, or was until he green-lit the attempted U.S. coup in Venezuela) and the Republicans have now united with the Democrats to denounce Ilhan Omar as a filthy anti-Semite, and possibly a full-fledged Islamic terrorist (or to condemn the existence of “hate,” or something). The corporate media, Facebook, and Twitter have been overtaken by hordes of angry anti-Semites accusing other anti-Semites of anti-Semitism. Congress is on the verge of convening a House Un-Israeli Activities Committee to investigate anyone who might have ever trafficked in “anti-Semitic tropes.” Meghan McCain was so thoroughly horrified by the hateful, anti-Semitic things that Ilhan Omar never said that she broke down blubbering on national television and begged Joy Behar to call in a Rabbi to convert her to Judaism on the spot … which some viewers found a bit unseemly.

OK, I know, you’re probably questioning the fact that this anti-Semitism pandemic just sprang up out of the ether one day, more or less in perfect synch with the Russian plot to destroy democracy that Vladimir Putin set in motion the moment the Global War on Terror seemed to be running out of steam. If you are, you need to close this essay, pull up either MSNBC or The Guardian website on your phone, and inoculate yourself against such thoughts. That conspiratorial type of thinking is one of the early warning signs that you have been infected with anti-Semitism! Unless you act now to protect yourself, before you know it, you’ll be raving about “the ruling classes,” “globalist elites,” “austerity,” “neoliberalism,” “the Israel lobby,” or even “Palestinians.”

So just put all that stuff out of your mind! This sudden anti-Semitism outbreak has nothing to do with the War on Populism that the global capitalist ruling classes have been waging for the last two years. It’s not like the establishment would stoop so low as to use anti-Semitism (and even the Holocaust!) as a cynical propaganda ploy to delegitimize their myriad opponents and critics. No, it’s much more believable that an ideopathic, worldwide anti-Semitism pandemic erupted, for no apparent reason, precisely as the capitalist ruling classes were beginning to suspect that they had a widespread “populist” insurgency on their hands.

Plus, even if our democratic leaders, and the professional journalists in the corporate media, were, in fact, a bunch of soulless, conniving, sociopathic scumbags, what purpose would it possibly serve for them to whip the public up into a series of fits of mass hysteria over anti-Semitism, or “populism,” or imaginary Russian hackers (or imminent lone-wolf terrorist attacks, possibly with homemade nuclear devices)? That wouldn’t make any sense, now would it? People would be so consumed with fear and hatred that they could hardly think. They might not even notice how they were being cynically manipulated, and were contributing to actual anti-Semitism by rendering the term devoid of any meaning.

No, the sudden anti-Semitism pandemic theory makes a lot more sense. So get out those vintage plague doctor masks, lock your critical thinking up in your anti-anti-Semitism safe room, and pull up Schindler’s List on Netflix … oh, and don’t forget to scour the Internet for any criticism of the capitalist ruling classes, or the corporate media, or neoliberalism, or any other anti-Semitic tropes!