U.S. Intelligence:  Dimona Plutonium = “One or Two Weapons Per Year” 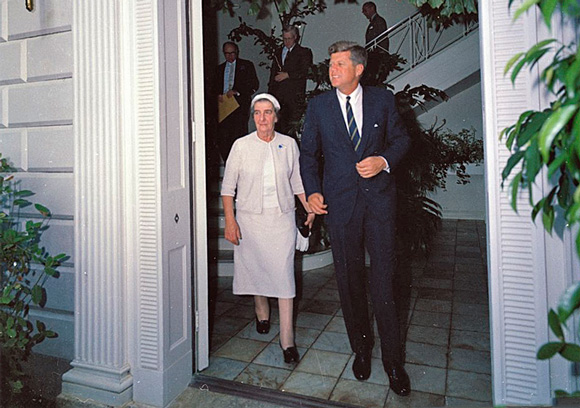 Washington D.C., May 2, 2019 – Declassified documents published today by the National Security Archive illuminate President John F. Kennedy’s secret preoccupation with the Israeli nuclear program during 1963.  Possibly more determined to check nuclear proliferation than any other U.S. president, Kennedy wanted U.S. experts to inspect Israel’s nuclear reactor site at Dimona to ensure that it was not being used for a weapons program.  Through secret correspondence with Israeli Prime Minister David Ben-Gurion and his successor Levi Eshkol Kennedy applied unprecedented pressure, informing both prime ministers that the U.S.’s “commitment to and support of Israel “could be “seriously jeopardized” if it could not obtain “reliable information” about the Dimona reactor and Israel’s nuclear intentions.

Surprised by the U.S.’s firm demands, Eshkol deliberated for seven weeks before he reluctantly assented. Kennedy did not live to see the inspection that took place in January 1964, but his demands on Israeli prime ministers initiated the inspection visits that continued through the 1960s, although they were not enough to deter Israel from getting the bomb.

The National Security Archive obtained the documents through declassification requests and research at the U.S. National Archives