Three weeks before the U.S. deadline to file its final extradition request for Assange, Ecuadorian officials are travelling to London to allow U.S. prosecutors to help themselves to Assange’s belongings.

END_OF_DOCUMENT_TOKEN_TO_BE_REPLACED

US Foreign Policy is Nothing Short of Low-Intensity Warfare Against the Whole Planet by Finian Cunningham
https://dandelionsalad.wordpress.com/2019/05/20/us-foreign-policy-is-nothing-short-of-low-intensity-warfare-against-the-whole-planet-by-finian-cunningham/

END_OF_DOCUMENT_TOKEN_TO_BE_REPLACED

‘It would mark the end of Iraq’: Shia Clerics warn against US war with Iran
https://www.rt.com/news/459841-iraq-clerics-warn-war-iran/

US Foreign Policy is Nothing Short of Low-Intensity Warfare Against the Whole Planet by Finian Cunningham
https://dandelionsalad.wordpress.com/2019/05/20/us-foreign-policy-is-nothing-short-of-low-intensity-warfare-against-the-whole-planet-by-finian-cunningham/

END_OF_DOCUMENT_TOKEN_TO_BE_REPLACED 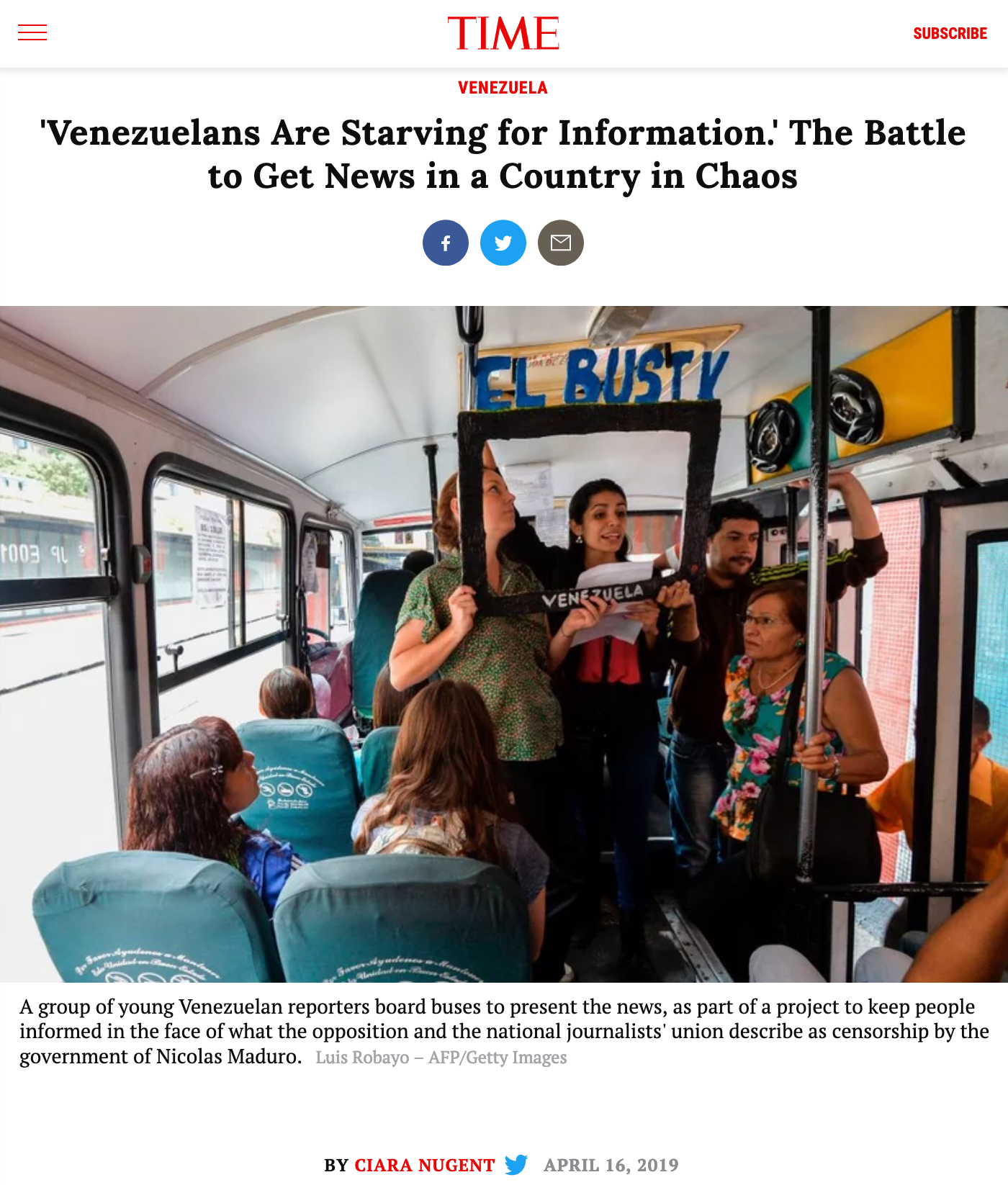 Time (4/16/19) joined in on the corporate media’s literary fad of fictionalized accounts of the Venezuelan crisis.

The international corporate media have long displayed a peculiar creativity with the facts in their Venezuela reporting, to the point that coverage of the nation’s crisis has become perhaps the world’s most lucrative fictional genre. Ciara Nugent’s recent piece for Time (4/16/19), headlined “‘Venezuelans Are Starving for Information’: The Battle to Get News in a Country in Chaos,” distinguished itself as a veritable masterpiece of this literary fad.

END_OF_DOCUMENT_TOKEN_TO_BE_REPLACED

Amnesty International calls for justice about as often as it calls for punishment with the subtext that punishment of the Empire’s victims is justice writes Roger Harris.

END_OF_DOCUMENT_TOKEN_TO_BE_REPLACED

US’s moves against Huawei will spur on new tech development in China
https://www.rt.com/news/459840-huawei-google-/

Forevergate: The Pernicious Persistence of the Russian Collusion Delusion
https://dissidentvoice.org/2019/05/forevergate-the-pernicious-persistence-of-the-russian-collusion-delusion/

END_OF_DOCUMENT_TOKEN_TO_BE_REPLACED

The Trump administration has reached an agreement with Canada and Mexico for the removal of tariffs on steel and aluminium and decided to put on hold a decision on whether to impose a 25 percent tariff on European and Japanese autos, and auto parts for at least six months.

END_OF_DOCUMENT_TOKEN_TO_BE_REPLACED

President Donald Trump’s use of the most vicious aspects of economic warfare prompt another examination of the politics of starvation.

After George W. Bush’s administration, Presidents Barack Obama and Donald Trump lessened Bush’s aggressive war policies and leaned to economic warfare. Sounds harmless when compared to exploding bombs, but it is not — economic warfare can crush an adversary without firing a shot. Gone to its extreme, economic warfare has the force of a neutron bomb; it disables the nation’s infrastructure and debilitates its population. Isolation from the international financial system, material embargos, and other sanctions reduce living standards and bring populations close to starvation The most serious aspects of economic warfare are major crimes and a form of terrorism.

END_OF_DOCUMENT_TOKEN_TO_BE_REPLACED

According to the Vienna Convention on Diplomatic Relations, the premises of embassies, consulates, and other diplomatic facilities are inviolable territory — no one permitted inside without head of mission permission. Read more…
END_OF_DOCUMENT_TOKEN_TO_BE_REPLACED