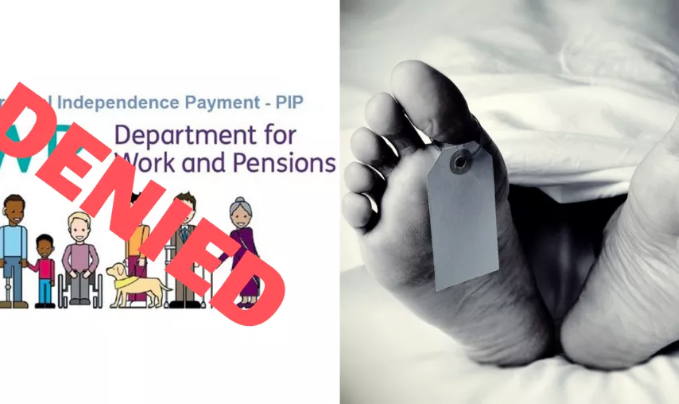 By TruePublica Editor: There is an extraordinary story published in The Guardian that, in my opinion, was not prominently positioned – with its opening explainer stating: “A leaked memo shows that the Department for Work and Pensions is about to embark on a PR campaign to defend its worst ever policy.”

The reality is that the government and the BBC are hooking up on a propaganda campaign to deceive the nation that their flagship policy – Universal Credit – widely described by just about everyone in the know as a total disaster, is indeed a miraculous success.

This story is extraordinary because Universal Credit is turning out to be a crime scene all of its own and for the government to use taxpayers money to deceive the public of anything else using the tactics of a full-on propaganda campaign is nothing short of an abuse of its position and of public office. This government is shameless, immoral and without principle.

The stories of the failure of UC are almost boundless.

Just six months ago the consequences of austerity, of which UC is the mothership, led to an accusation of “economic murder” in a paper published in the journal BMJ Open. Among its co-authors are academics from University College London, Cambridge University and Oxford University, three of the top academic institutions not just in Britain but in the world. They stated that 120,000 people in Britain have now died as a result of this failed economic plan, but the numbers are getting worse.

An Independent article on the subject last November highlighted just how bad the numbers were – “Every day there are 100 needless deaths in England, and they come as a result of government policy. Just think about that figure for a moment. It’s positively chilling. Just writing about it leaves me feeling in need of a valium. I’d imagine that would be true of anyone to whom empathy is not an alien concept.”

But Universal Credit has taken on a life (or death) all of its own and as a policy is nothing less than political savagery destined to kill yet more and the evidence is there right before our eyes. In 2015, it was known that 2,380 people died between 2011 and 2014 shortly after being declared able to work. These numbers were also forced out by Freedom of Information requests that had been continually refused. From there, the stories of UC and death escalate. From people overdosing and ending it all at the end of a rope to simply dying of the ailments that the government refused to accept and pulled their benefits on.

And the reaction of ministers to all this failure? A propaganda campaign to tell us that the opposite is true and to look the other way.

A memo from the DWP’s director of communications got leaked which condemns the “negativity and scaremongering” of UC.

As The Guardian reports – “What follows is an elaborate media strategy to manufacture a Whitehall fantasy, one in which the benefits system is running like a dream while a Conservative government generously helps people on the escalator to prosperity. It begins at the end of this month with a giant advert wrapped around the cover of the Metro newspaper; inside will be a further four-page advertorial feature. This will “myth-bust the common inaccuracies reported on UC”. What’s more, “the features won’t look or feel like DWP or UC – you won’t see our branding … We want to grab the readers’ attention and make them wonder who has done this ‘UC uncovered’ investigation.”

That little exercise will burn £250,000 of taxpayers much-needed cash.

Next up, the secretary of state, Amber Rudd, will invite “a wide range of journalists at regional and national publications … to come [to a jobcentre] and see the great work we do”.

As the Guardian says, the Jobcentres will be carefully chosen and everything will be nicely stage-managed, all sparkly and running tickety-boo.

Then, the BBC gets wheeled on as its main propagandist. They have commissioned a documentary series of three, which is “looking to intelligently explore UC” by filming inside these jobcentres.

When the civil servants’ trade union, the PCS, found out about the filming, it asked if staff could talk frankly to the crew, only to be told no.

The reporter for the Guardian Aditya Chakrabortty who wrote the article said – “staff are unhappy about being identified on screen. At one of the nominated jobcentres, in Toxteth in Liverpool, “It is our understanding that there have been no volunteers to take part in the filming. When I contacted the DWP it refused to answer even the most basic of questions, advising me to submit them via a freedom of information request.”

All the editing will be through the BBC, no-one can question its accuracy.

The article then cited Jennifer Jones, who is severely disabled and at the mercy of the government and UC. She quite rightly put it that:

“They’re taking money off the public, to lie to us about how well universal credit is working. They could be spending that money on us, but they’re spending it to con us,” she said. “It’s scary our government doing that.”

In summary, the government have rolled out a policy that is known to kill people, it then takes taxpayers cash to create a propaganda campaign to tell the rest of us to look the other way. In the meantime, if anyone is any doubt that the BBC is not a state mouthpiece, this article should at least put you right.