The haste with which the Swedish prosecutor sought a formal order to detain Assange on trumped-up sexual misconduct allegations, further highlights the overturning of basic legal rights by all the governments—the American, British, Australian and Swedish—that are conspiring to force Assange to the US on bogus charges that could carry life imprisonment, or even the death penalty. 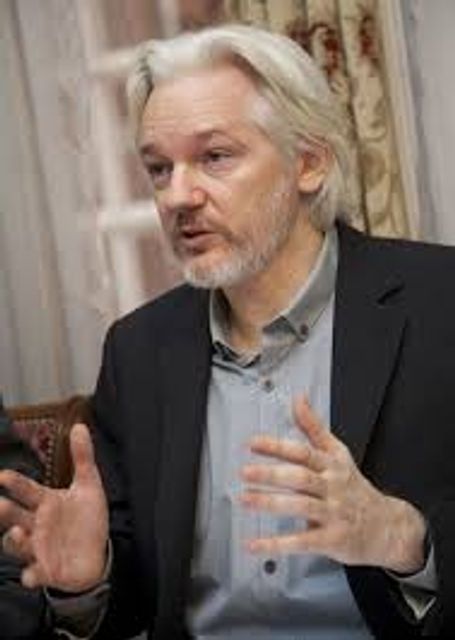 The Swedish legal operation was brought before the Uppsala district court on the same day that Ecuadorian officials, at Washington’s request, carried out an illegal search of Assange’s personal possessions, including his legal defence documents, inside the country’s embassy in London.

This twin operation proceeded in the face of growing international support for Assange and the courageous whistleblower, Chelsea Manning. She has been jailed indefinitely again in the US for refusing to testify against Assange to lay the basis of fabricated espionage and conspiracy charges.

While the Swedish move was timed to divert attention from the London seizure scenes, it was equally a legal travesty. It is intended to assist the Trump administration, just as much as the direct handing over to the US of legal correspondence and other material to be used against Assange.

Assange remains locked up in virtual solitary confinement inside London’s Belmarsh maximum security prison, after being sentenced to 50 weeks’ imprisonment on May 1 on the grounds of a minor bail violation dating back nearly seven years. Assange only skipped bail in 2010 in order to exercise his internationally-recognised legal right to seek political asylum in Ecuador. He correctly feared that Sweden’s allegations, now suddenly revived, were a device to extradite him to the US.

Assange’s Swedish lawyer Samuelson told AFP on Monday: “I’ve written the district court and said that they can’t hold a detention hearing until I’ve met my client and received instructions. Since he is currently incarcerated in London I haven’t even been able to establish contact over the phone yet.”

Prosecutor Persson told the court there was no need for more time for the defence to meet. So blatant was this abuse of process, however, that the Uppsala court agreed that Samuelson must be able to “consult with his client.”

Nevertheless, even the June 3 deadline leaves little time for Assange and his legal team to prepare to challenge the Swedish application, especially because of the harsh conditions in which he is being incarcerated in Belmarsh prison.

The Swedish allegations, first issued in 2010, were always aimed at blackening Assange’s name and devising a mechanism to have him dragged off to the US. Like the Trump administration today, the Obama White House was intent on getting its hands on Assange because of WikiLeaks’ devastating exposure of the war crimes, illegal political interventions and mass surveillance committed by the US and its allies in Afghanistan, Iraq and globally.

This remains the agenda behind the revival of the allegations, which were finally dropped in 2017. Persson announced last week that Sweden’s “preliminary investigation” into Assange’s alleged sexual misconduct would be re-opened. This serves the dual purpose of feeding the concocted “rape” witch hunt against Assange and of keeping open the option for the British government to dispatch Assange to Sweden as a means of effectively handing him over to the US.

This may have legal and political advantages for those involved in the anti-Assange witchhunt. Legally, it could offer a swifter route to extradition to the US, via Sweden, and by-pass British laws that formally bar extradition to face political charges or the death penalty. Politically, it further smears Assange’s reputation while allowing the British Labour Party and pseudo-left groups to cynically wash their hands of Assange’s fate at the hands of Washington.

Many corporate media outlets reported that Sweden had filed a request for Assange’s arrest on “rape charges.” This is doubly false. Assange has never been charged with any crime in Sweden. In fact, the June 3 hearing will decide whether or not to file a request for arrest. This could give Assange some opportunity to start fighting the sexual misconduct allegations, which he strenuously denies, in the Swedish courts.

Assange’s Ecuadorian lawyer, Carlos Poveda, further pointed out that the Swedish prosecutor’s claim, to be reopening the case because the previous investigation could not be continued, was false.

“It is not correct to say that it was impossible to carry out investigations,” Poveda told reporters. He recalled that about three years ago cooperation was forged between the Swedish and Ecuadorian authorities to carry out inquiries about the case, so “the investigation doors were completely open.”

Documents obtained in 2017 and 2018, via a freedom of information case pursued by the Italian journalist Stefania Maurizi, revealed two damning facts about the conspiracy against Assange.

The first was that Britain’s Crown Prosecution Service (CPS) insisted in 2010 and 2011 that the Swedish authorities reject Assange’s offer for them to question him in Britain, or via video link, about the allegations, rather than seek an extradition arrest warrant.

The second is that Swedish prosecutors attempted to drop extradition proceedings against Assange as early as 2013, four years before they formally abandoned proceedings in 2017. The CPS, however, dissuaded them from doing so. The CPS lawyer handling the case, who has since retired, wrote: “Don’t you dare get cold feet!!!”